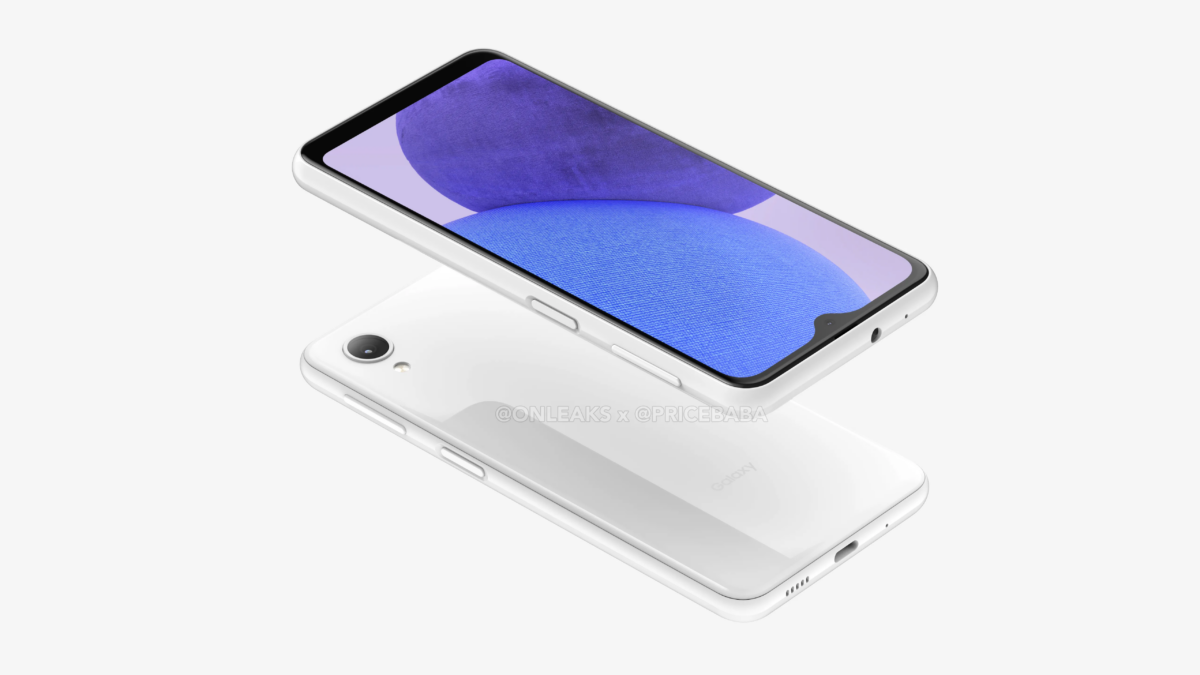 According to Pricebaba, the Galaxy A23e is expected to arrive in the Indian market really soon. But before that happens, some leaked renders show the device in its full glory. The Samsung Galaxy A23e is a budget smartphone and, looking at the renders, it resembles the original Galaxy A23.

3.5mm headphone jack finds its place on the Galaxy A23e

The phone sports the same 5.8-inch V-shaped notch, which Samsung calls the Infinity-V design. On the rear, the Galaxy A23e comes with a single camera setup and an LED flash. This also confirms that it will be the most affordable Galaxy A23 model among the trio.

There is a thick bezel all around the front display, which is what you expect from a budget device. But it doesn’t look that odd. The back appears to be made of plastic, and you can see the power and volume buttons on the right side of the phone, with nothing on the left side.

There is a 3.5mm headphone jack at the top of the Galaxy A23e. The phone comes with a USB-C port for charging and data transfer, and there is a mic at the bottom.

Samsung could launch the Galaxy A23e in three colors: Black, Light Blue, and White. There is no word on the pricing and when the phone will be launched. But stay tuned to our website for more information about the phone.