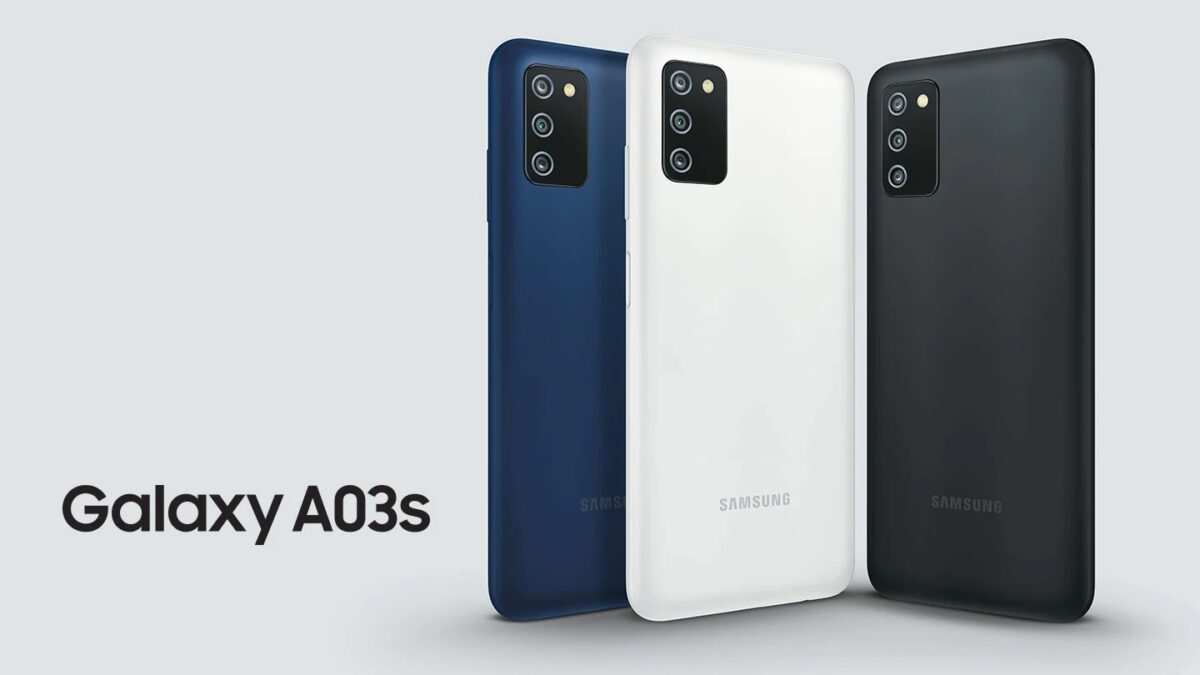 Samsung is slowly but steadily expanding the international availability of the Galaxy A03s. The United Kingdom is the latest market to receive the entry-level device, which was confirmed mere moments ago. Its domestic release date is set for later this month. Furthermore, Samsung plans to sell it at £139. That figure equates to approximately $190, which is slightly pricier than what the smartphone is going for in Asia.

According to Samsung’s announcement, it would appear only the base variant of the Galaxy A03s is coming to the UK. That would be the one with 32GB of storage space.

When can you buy the Galaxy A03s in the UK?

The Galaxy A03s’ specs are decent enough, especially given its price range. The handset utilizes a 6.5-inch Infinity-V screen with an HD+ resolution in a 20:9 aspect ratio. A teardrop cutout housing its 5-megapixel (f/2.2) selfie camera makes the display rather recognizable.

Sitting on the opposite side is a triple-camera setup helmed by another f/2.2 lens mounted in front of a 13-megapixel sensor. The other two camera modules are both 2-megapixel affairs, however. Additionally, the Galaxy A03s is equipped with 3GB of RAM and MediaTek’s MTK6765 chipset. The octa-core silicon’s clock speeds go up to 2.3GHz.

A 5,000mAh battery powers the entry-level device, though fast charging isn’t part of the package. A somewhat unique selling point of the Galaxy A03s is a side-mounted fingerprint reader. But the overall package doesn’t look that much more attractive than the likes of the Galaxy A02s and other recent budget devices Samsung released in the West.

With that said, there’s no doubt that the Galaxy A03s is here to help the Korean tech giant challenge China’s entry-level devices. And at sub-$200, this thing is pretty much as cheap as a smartphone can feasibly get. British consumers will be able to pick up the Galaxy A03s starting from September 24th. The smartphone will be launching in black and blue, with both colors coming to all major Samsung distributors in the country. As well as the company’s own UK storefront, of course.