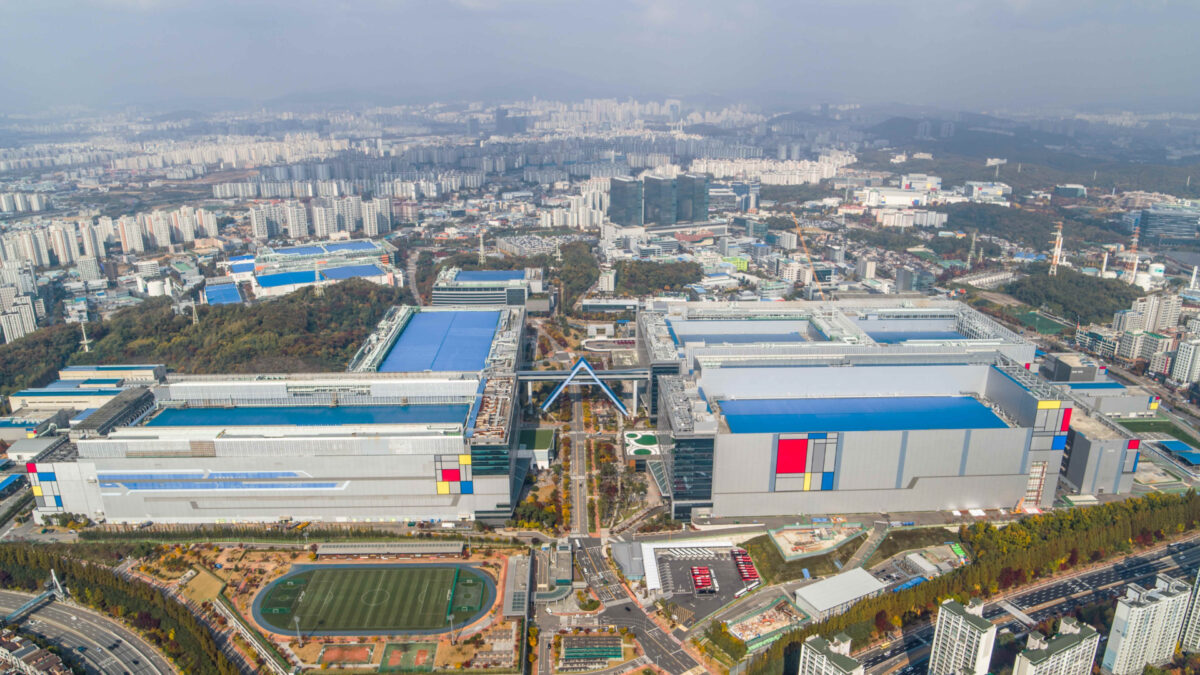 TSMC registered higher total shipments for SoCs, APs, and cellular modems than Samsung Foundry — enough for the Taiwanese company to capture nearly 70% of the market. But in terms of smartphone chipsets alone, TSMC experienced a 9% annual decline from Q1 2022 due to Qualcomm choosing Samsung Foundry for the X60 baseband. (via Counterpoint Research)

Another factor that has helped Samsung Foundry’s position in the market was its own Exynos line of chipsets. 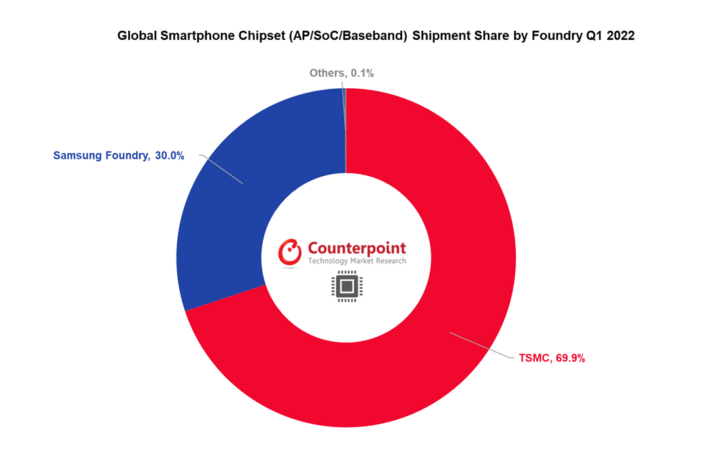 Looking at the market performance of smartphone chipsets built on advanced nodes exclusively (4nm and 5nm), Samsung Foundry actually took the lead this year with a 60% market share, leaving the remaining 40% to TSMC.

This is a huge step up for Samsung Foundry, considering that the company secured only 8.6% of advanced smartphone chipset manufacturing a year ago.

Industry watchers claim that even though Samsung had relatively low yield rates for its 4nm process node, its market performance was largely driven by Qualcomm Snapdragon 8 Gen 1 orders and the 5nm Exynos 1280 found inside the Galaxy A33 and Galaxy A53.

Samsung recently moved on to 3nm manufacturing and has a head-start over TSMC, the latter of which should start its own 3nm production lines later this year. 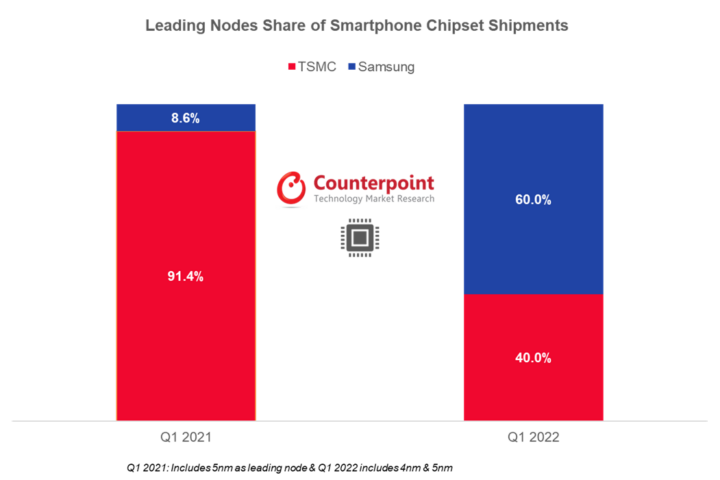