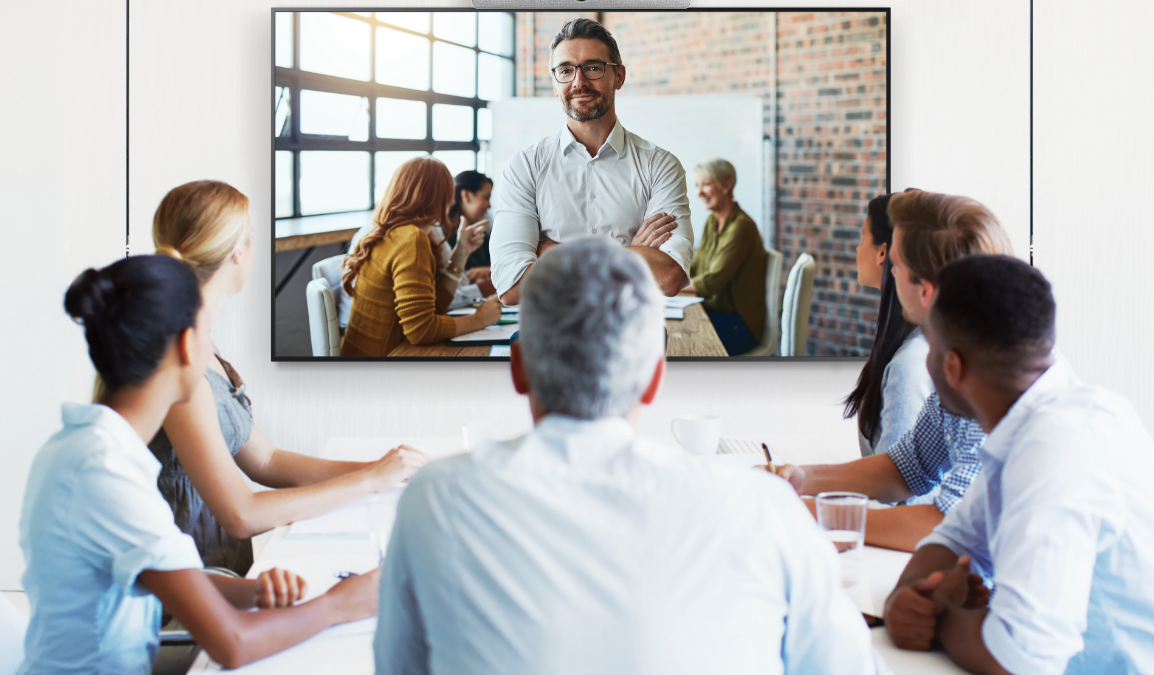 Samsung’s futuristic whiteboard – the Flip – now supports two-way communications powered by Cisco Webex, one of the largest video conferencing providers on the planet. Announced by Samsung UK, the feature is simply called Webex on Flip and is already being offered to enterprise clients. In practice, the functionality allows users in different locations to share their screens and edit them in real time. Webex on Flip also extends to annotations, with its overall goal being to facilitate creative collaboration in meetings.

Arguably the key selling point of the service is that it doesn’t require multiple Flip whiteboards but is also compatible with conventional laptops and smartphones. In practice, the only actual requirement for sharing content to the Flip in real time is having a stable Internet connection.

Samsung doubling down on work-from-home solutions

The integration is enabled by Webex Room Kit Mini, an enterprise IT solution which packs a wider range of video conferencing solutions. While Samsung hasn’t shared a detailed development roadmap of Webex on Flip, the company’s announcement suggests the app was made in response to government-mandated lockdowns that became widespread in early March. Further updates to the service may enable a broader array of functionalities, especially as the Flip family continues expanding.

Speaking of which, it’s been nearly a year since Samsung’s digital whiteboard lineup was last refreshed with the addition of a 65-inch model. Given everything that’s been happening in 2020 so far, it seems likely that Samsung will double down on its work-from-home solutions in the near future.

Webex on Flip is now available through Ingram Micro, an American IT distributor.

The first Ascot Racecourse fashion design competition kicked off today in the UK, and although Samsung wasn’t the star of the show, the Samsung Flip was certainly an important part of it. The competition had students from three secondary schools in Sunningdale and Bracknell create an outfit that could be worn in the Queen Anne Enclosure […]

Today, Samsung announced a new generation of interactive digital whiteboards under the Flip 3 brand. The Samsung Flip series has been around for a few years and the Flip 3 improves the existing formula in several ways. It comes with a new protective glass and it doubles the amount of on-board memory over the previous […]

Samsung USA has announced a new addition to its interactive display/whiteboard lineup known as the Flip / Flip 2. A new 85-inch variant is joining the existing 55-inch and 65-inch models in the USA. It’s now listed online at Samsung.com but it is not yet available for purchase through the company’s e-shop, so pricing details […]

Samsung has given us a first look into its vision for a “Workplace for the Future” at the Consumer Electronics Show 2018 and the Samsung Flip is at the center of it. The Samsung Flip is a 55-inch digital whiteboard that’s aimed at businesses looking to improve collaborative digital engagement. It can be flipped between […]