Samsung Display is responsible for 82% of iPhone 14 panel shipments

Apple is ramping up display shipments for its upcoming iPhone 14 series, the latter of which is to be officially unveiled on September 7. And according to market analysts, Samsung Display took the lion’s share after securing over 80% of shipments to Apple throughout the past three months.

The upcoming iPhone 14 series should consist of four models, and Samsung Display will be the primary panel supplier for the large majority of iPhones Apple plans to produce.

Samsung Display is miles ahead of LG Display and BOE

Over the past three months, Apple ordered more than 15 million iPhone 14 panels. And throughout the June-August period, Samsung Display managed to cover a whopping 82% of iPhone 14 panel orders.

Lastly, BOE covers 6% of all iPhone 14 panel orders. The company reportedly got suspended recently for changing Apple’s display design without notice, but its panels are cheaper than Samsung’s and LG’s, so Apple will reportedly continue to use BOE panels for cheaper iPhone models.

So far, Samsung is the only supplier to have sold iPhone 14 Pro Max panels to Apple. LG Display hasn’t managed to do this yet but is expected to join Samsung by the end of September. 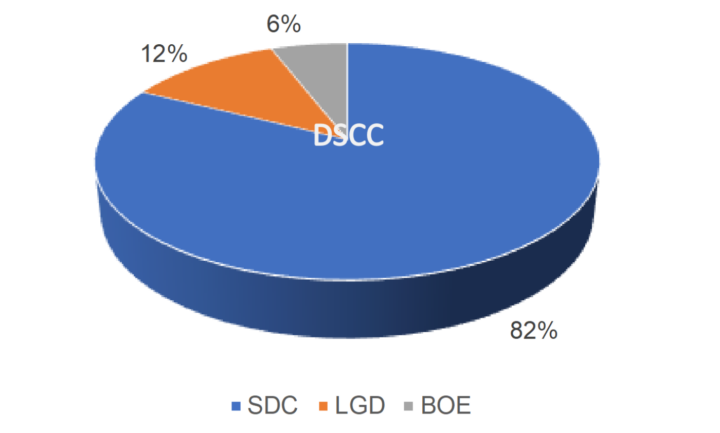