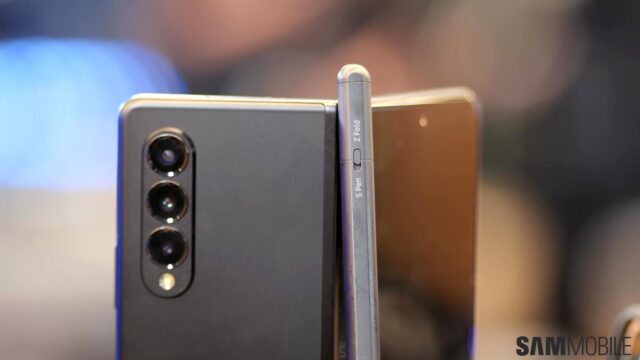 The Galaxy Z Fold 3 is the first foldable smartphone to support the iconic S Pen, and a lot of work went into making it possible. Numerous Samsung teams in different countries have worked together to create the best-possible S Pen experience for the Galaxy Z Fold 3. The company revealed in a recent interview how a big focus when developing the S Pen Fold Edition was on leveraging AI technologies to improve responsiveness and latency.

Samsung also shared a bit more about its future vision of the S Pen and offered a few clues as to what it plans for this accessory moving forward. In short, the company seems to be committed to making the S Pen the starting point of “a revolution in input technology.”

The S Pen, brought to you by a global network of engineers

Most cutting-edge technologies involving the S Pen were developed by groups of Samsung engineers from all over the world, working together for the common goal of materializing the vision of the perfect input device.

Samsung Research Ukraine was instrumental to the S Pen Fold Edition’s development, and according to Olga Radyvonenko from the Visual Intelligence Team, the lab was focused primarily on “bringing Samsung users human-centric AI technologies that make input and interaction easy and enjoyable.”

An input device such as the S Pen needs a high level of responsiveness to feel natural. As such, a big focus with the Galaxy Z Fold 3 was to develop on-device deep learning technologies capable of predicting the S Pen’s movement to minimize input delay.

As of now, the Galaxy Z Fold 3 S Pen supports handwriting recognition in 88 languages. 14 languages were added over the past year, and Samsung will continue leveraging AI and deep learning to make the feature even more inclusive.

What does the future of the S Pen have in store?

Beyond the Galaxy S series, the good news for S Pen fans is that Samsung wants to make this accessory ubiquitous.

“I want for as many people as possible to experience the power and convenience of the S Pen and its handwritten input capabilities,” said Olga Radyvonenko in the recent interview while further highlighting Samsung’s view on the S Pen.

It’s not only a “cool gadget,” but more importantly, the S Pen is “an accessible and useful tool” that can be used in everyday life, as well as the workplace and the education sector.

Do you use the S Pen with your Galaxy Z Fold 3? Should this accessory come to more Galaxy smartphone models? Feel free to join us in the comment section or our social media channels and share your thoughts.