PSA: You cannot create shortcuts to apps in Secure Folder in Android Oreo

Secure Folder is one of the most underrated features on Samsung smartphones. It’s an encrypted, private space on your Galaxy smartphones to separate work-related data and apps from your personal stuff. It can also be used to install permission-hungry apps or store private files in a separate container to add an extra layer of privacy and security to your data.

After receiving the Android Oreo update, many users have noticed the disappearance of their Secure Folder shortcuts. What many of them assumed to be a bug seems to be a deliberate decision by Samsung. The company has replied to users on the European help forums and Secure Folder reviews on Google play confirming it’s a change introduced with the Android Oreo update and necessitated by Google’s new policy on shortcuts (the policy apparently prevents multiple shortcuts being created for the same app, but we’re not too clear on that).

When many users started complaining, the moderator who confirmed the change initially offered some hope by saying, “However, in the light of the feedback you guys have given, our software team have made a suggestion to Samsung HQ to see if this can be changed. We’re unable to give a timescale for how that’ll go, but we’ll definitely keep you posted on any news we hear on it.” Let’s see if Samsung can bring back the nifty little feature. 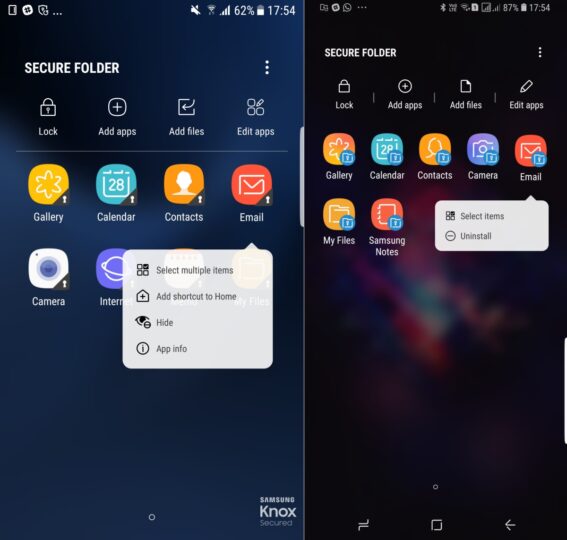