Samsung’s high-performance 980 PRO SSD is inching closer to release. Today, June 19, the 980 PRO SSD carrying model number MZ-V8P1T0 was greenlit by South Korea’s National Radio Research Agency (NRRA). The 980 PRO moniker is unmentioned in the NRRA papers, however, we’ve known that the aforementioned model number corresponds to the 980 PRO SSD ever since the product’s original unveiling at CES 2020.

The 980 PRO is Samsung’s first PCIe 4.0-based M.2 NVMe SSD for the consumer market. With sequential read/write speeds of up to 6,500/5,000MB/s, it will offer a fast, super high-end storage solution to PC users who may be fearing they’ll be left behind by the storage performance of the PlayStation 5. The 980 PRO ensures this won’t be the case, at least on paper.

Samsung 980 PRO might be launching by end of August

Samsung is keeping quiet about its launch plans for the 980 PRO but we never expected the SSD to become available before the end of Q2 2020. Nevertheless, the end of the second quarter is drawing near, and so is the SSD’s release date judging by the NRRA’s approval. And if a recent rumor passed along by leaker @UniverseIce turns out to be accurate, the 980 PRO SSD should be releasing within the next two months.

The Samsung 980 PRO SSD will be available in three storage options including 256GB, 500GB, and 1TB. Should that not be enough storage for your needs, the Korean tech giant is also preparing to launch the 870 QVO SSD series for PC users who may be looking for higher-capacity solutions at the expense of performance. 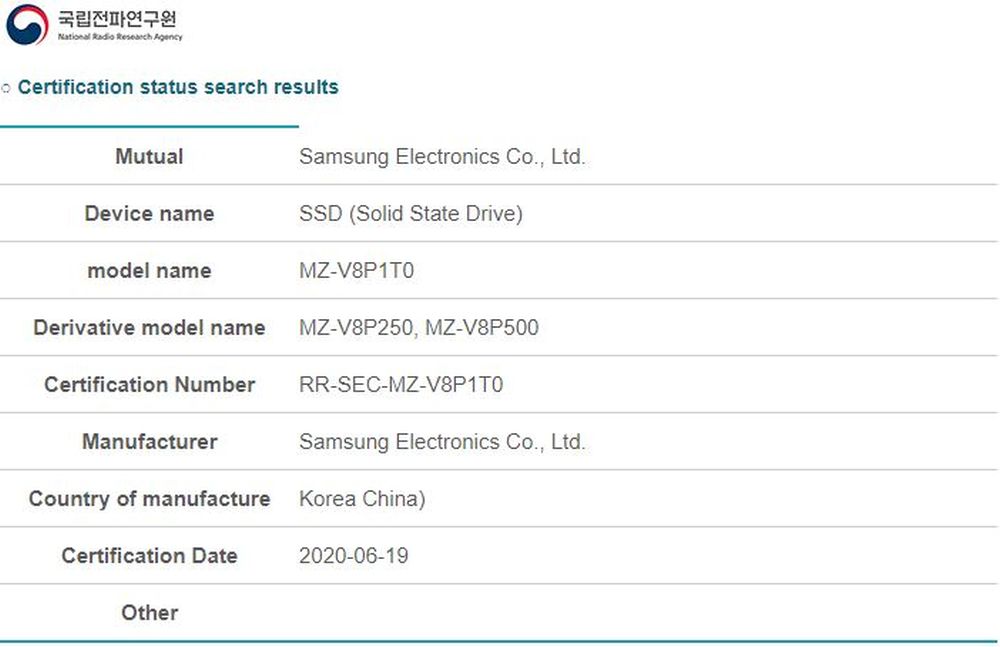