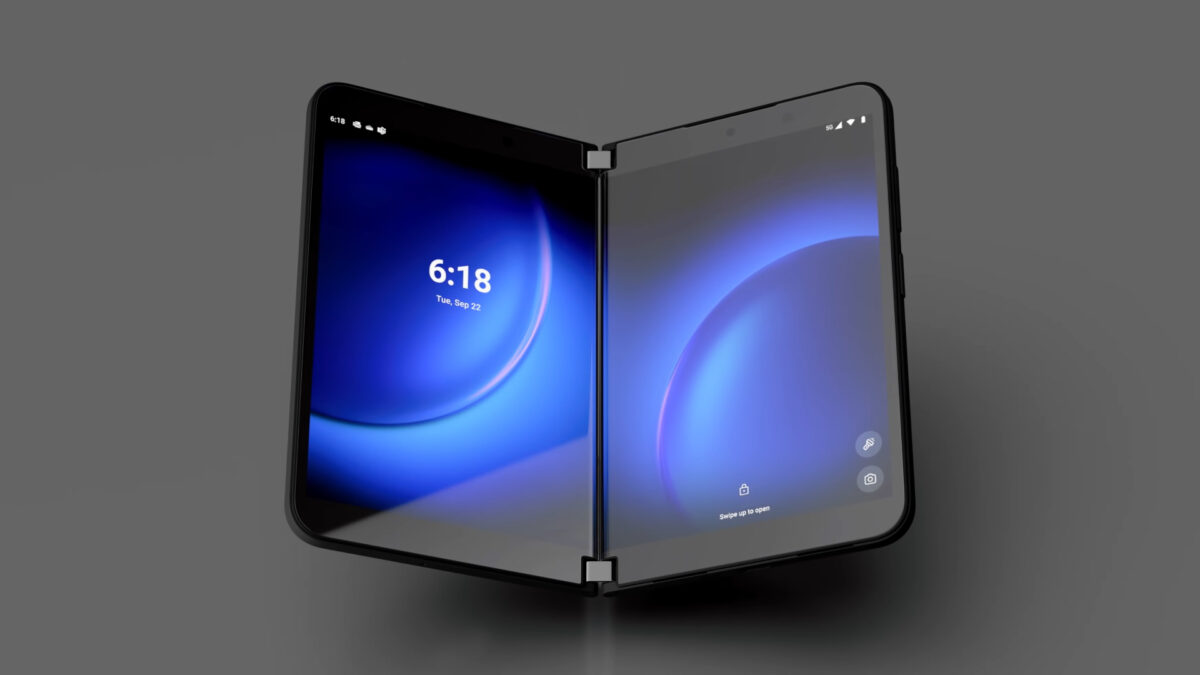 According to a new report from Windows Central, the third-generation Microsoft Surface Duo smartphone could feature a foldable screen on the inside, a cover display on the outside, and a 180-degree hinge, similar to Samsung’s Galaxy Z Fold series devices.

Microsoft had reportedly finalized the design and specifications of the Surface Duo 3, which included a dual-screen setup, similar to the Surface Duo 2, but with taller edge-to-edge screens, and wireless charging. The company even planned to start shipping the device in late 2023. However, according to Windows Central’s sources, Microsoft dropped that plan, and it is now exploring a foldable-screen design for the upcoming Surface Duo.

Apart from its design, there are currently no details available regarding the Surface Duo 3. Considering that Microsoft is planning to ditch the two-screen setup, the company might ditch the Duo moniker from the name of the device. But Microsoft will still internally consider the device a successor to the Surface Duo 2. Since the company will have to design the product from scratch, don’t expect it to arrive anytime soon.

According to the report, Microsoft is also working on a “mainstream” Surface phone with a traditional design. Although there isn’t much we know about it, Microsoft could pit this phone against Samsung’s and Apple’s flagships. Microsoft wants to create an ecosystem with its Android devices and Windows PCs, and to achieve that goal, the company will offer its upcoming Android devices with special software.

There could finally be a solid Google Maps alternative on Android

Amazon, Meta, Microsoft, and Tom Tom have joined forces to develop a new maps service with what seems to be a motive to challenge Google’s stranglehold in the mapping world. The new initiative is called Overture Maps Foundation and will be hosted by The Linux Foundation. Data will be sourced from multiple sources The new […]