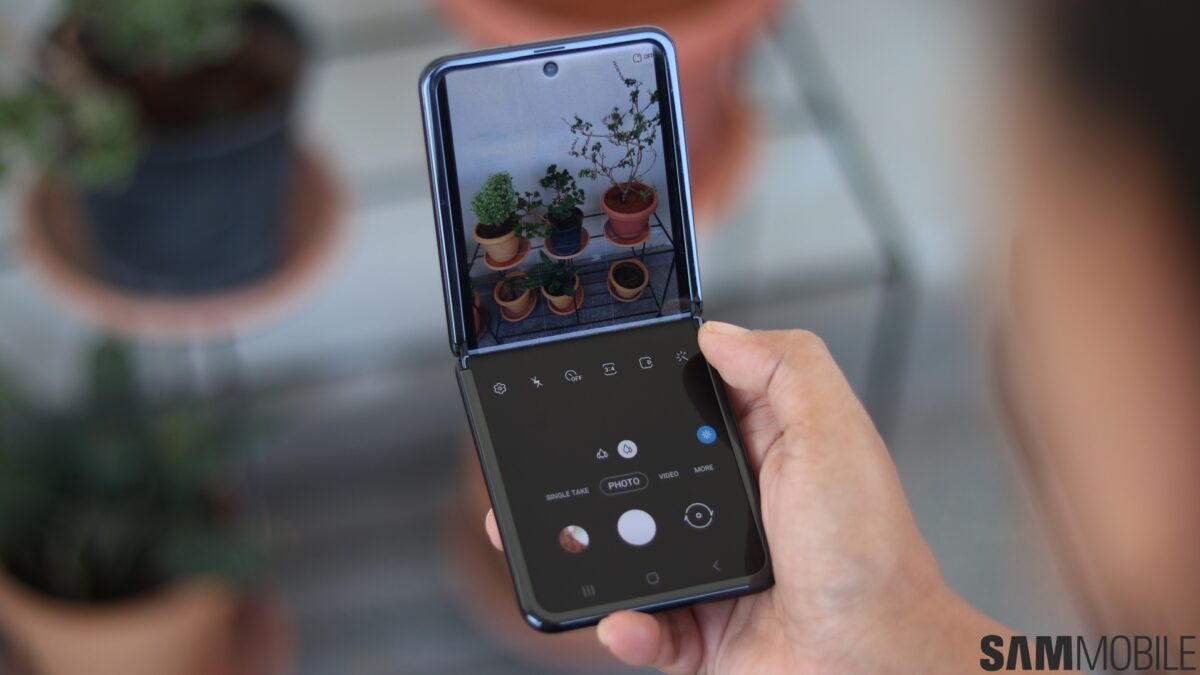 The Galaxy Z Flip is Samsung’s second foldable phone, and while it is priced at a whopping $1,400, it does not feature the latest and greatest in terms of specs. It has a year-old Snapdragon processor and has only two rear-facing cameras. The South Korean firm wants to overcome at least one of those shortcomings, and that’s evident from some of its design patents.

Diagrams in the design patents showcase circular-shaped camera lenses. It could mean that we won’t likely see a periscope zoom camera similar to the Galaxy S20 Ultra in the Galaxy Z Flip 2. Samsung could feature a 2x or 3x zoom lens for the next-generation Galaxy Z Flip. The selfie camera is still placed inside a centered-punch hole cut-out of the screen. Both designs also feature a side-mounted fingerprint reader and a USB Type-C port.

The design patents don’t reveal anything else, and they don’t guarantee that the South Korean smartphone giant would use either of the designs for the Galaxy Z Flip replacement. However, we hope that Samsung would bring better cameras (featuring a telephoto lens) and a faster processor with its next Galaxy Z Flip smartphone. 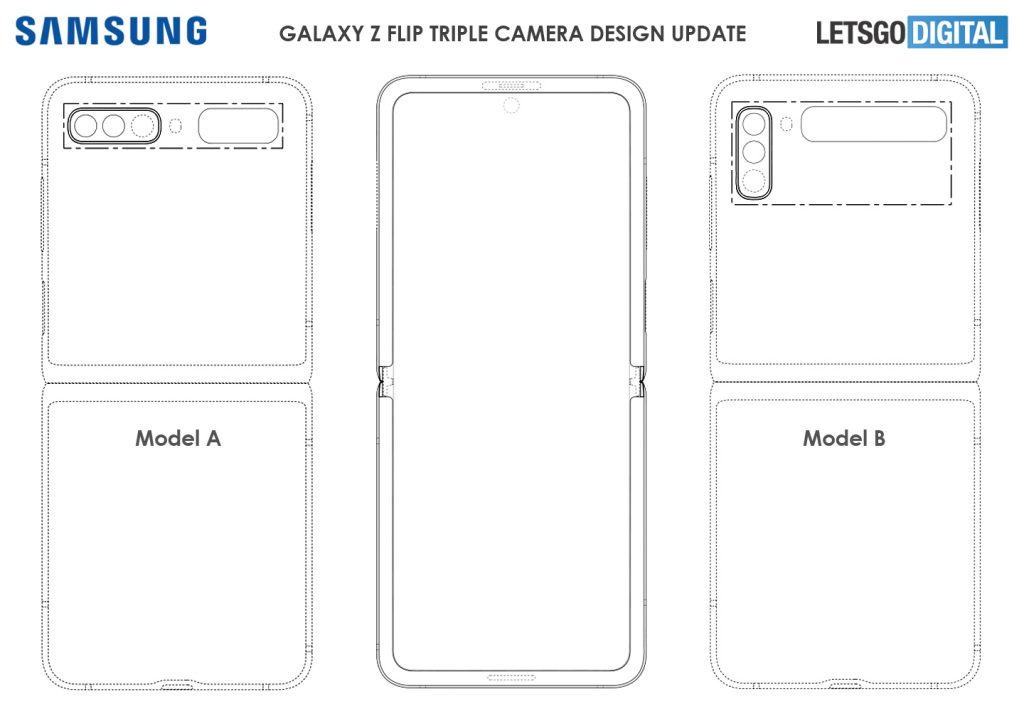