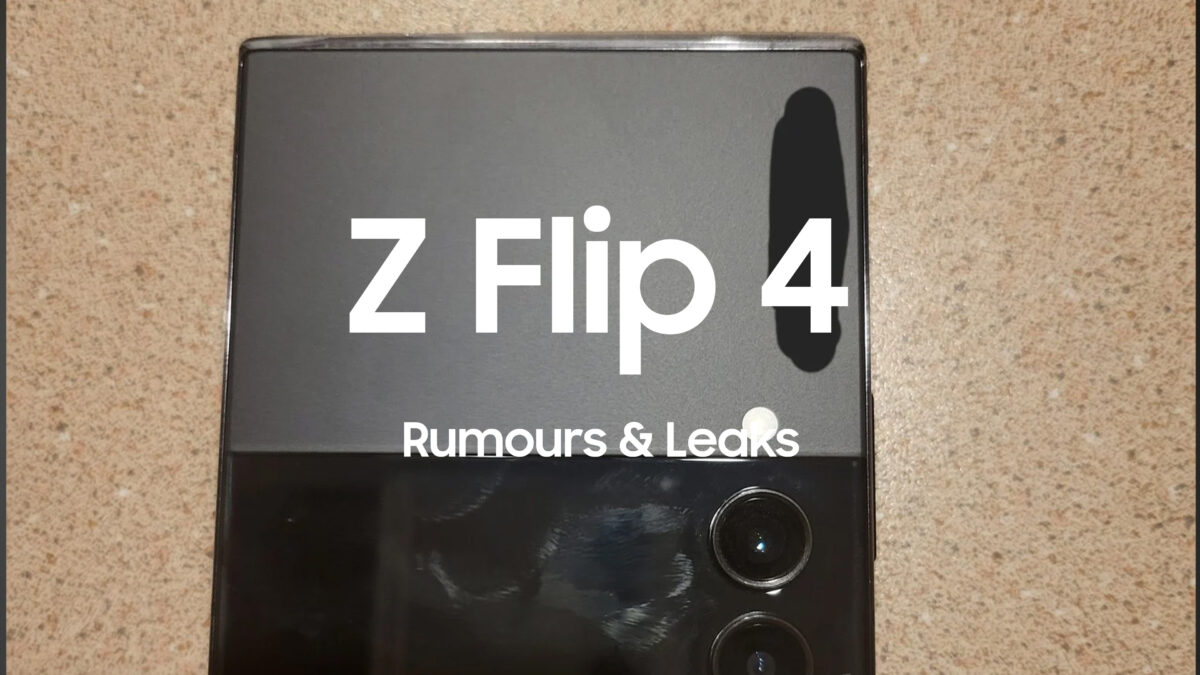 The past few weeks have been quite interesting for Samsung fans. New exciting details about the company’s upcoming products emerged through official and unofficial channels alike. And today, we’re recapping the high points — including Galaxy Z Flip 4 leaks and official ISOCELL HP3 news — in a couple of new YouTube videos, which you can check out below.

One of the most exciting Samsung phones that have yet to be announced is the Galaxy Z Flip 4. The latter is supposed to bring several small but meaningful upgrades without derailing from the existing Z Flip formula too much. This strategy was highlighted by a few leaked photos showcasing the Galaxy Z Flip 4’s design.

The Galaxy Z Flip 4 could get an improved foldable hinge and a better flexible display with a less noticeable crease. But as seen in the leaked images, it won’t stray too far from the established design formula.

Another high-resolution ISOCELL sensor has entered the arena

In other Samsung news — this time from official sources — the company has just unveiled a new 200MP camera called the ISOCELL HP3. You can catch up with the latest details in our new video below.

For a quick preview of what you should expect, the ISOCELL HP3 is a somewhat downgraded version of the existing ISOCELL HP1. The latter is more likely to fit the upcoming Galaxy S23 flagship phone series, or at least the top-of-the-line Ultra model, but only time will reveal Samsung’s plans for this new technology.

Make sure to check out our latest videos below and subscribe to our YouTube channel if you don’t want to miss out on future content. There’s a lot to look forward to for the next Unpacked event.

The most successful foldable smartphone lineup — Samsung’s Z Flip — got a new model earlier this week at Unpacked 2022. Samsung’s latest Galaxy Z Flip 4 sits on the solid foundation left behind by the Galaxy Z Flip 3, so instead of reinventing the wheel, the new Z Flip 4 takes a more reasonable route […]