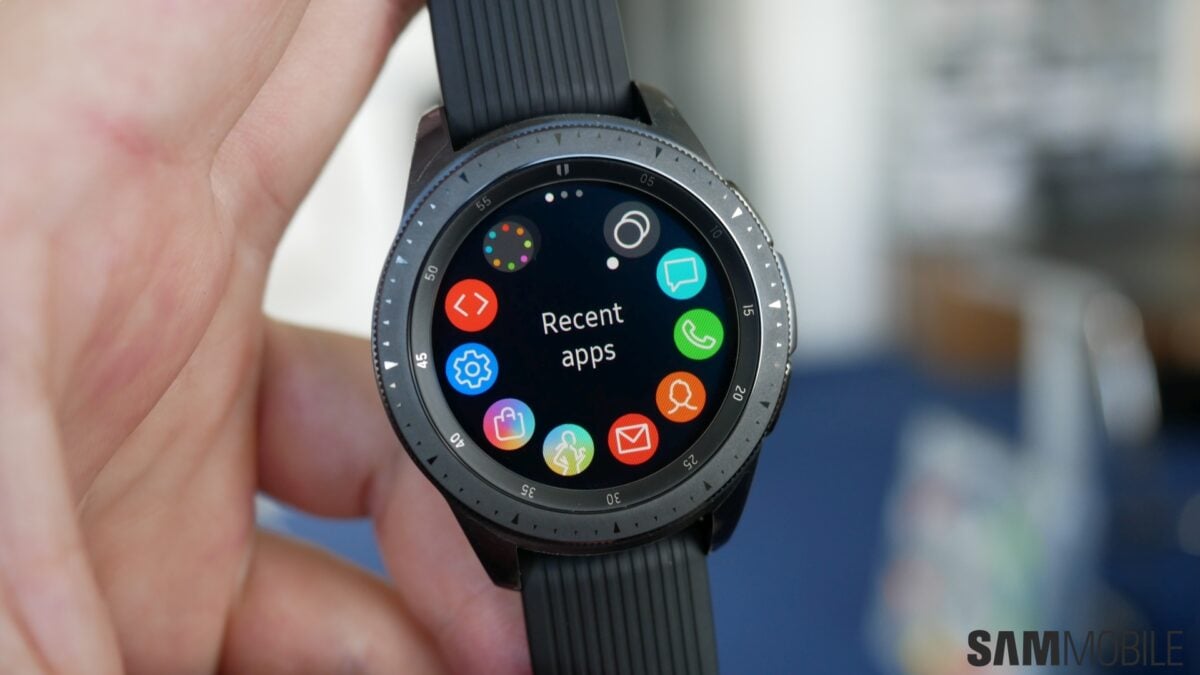 The latest Galaxy Watch update makes some improvements to the smartwatch. A similar update was already released for the Gear S3 by Samsung just last week. As many of you are aware, the Galaxy Watch is the successor to that device, Samsung just decided not to call it the Gear S4.

A new firmware update is now rolling out for both the 42mm and 46mm Galaxy Watch. Reports about the release have come in from the United States so far. It should receive the update in other markets soon as well.

Samsung is now rolling out firmware version R810XXU1CSG4 for the Galaxy Watch. It’s a 15.36MB download. The official changelog mentions that this update improves the overall system reliability.

It also disables the automated sync of alarms from the paired smartphone. This has already been done for the Gear S3 with its most recent firmware update. The change was made because after the One UI update, the Gear S3 had been copying the settings for alarms from the phone on its own. That would override any changes made to the alarm on the smartwatch.

This meant that if users wanted the watch to only vibrate for their morning alarm and their phone to both ring and vibrate, they’d wake up to find the watch ringing for the alarm as well. This update will prevent that from happening on the Galaxy Watch.

The Galaxy Watch is capable of tracking your swim workouts. This update improves tracking for that activity. Just how noticeable these improvements are can only be ascertained by actually tracking a swimming workout. Expect this latest Galaxy Watch firmware update to arrive in more markets in the near future.

Update – The above update is now rolling out more widely. To check for the update, open the Galaxy Wearable app, go to About watch, select Update watch software, and tap Update now. 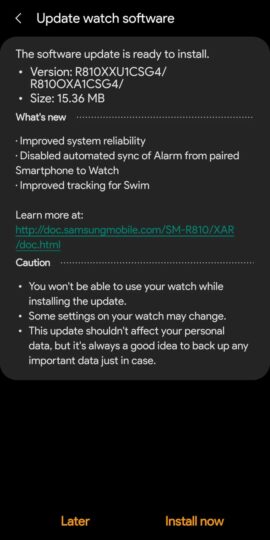