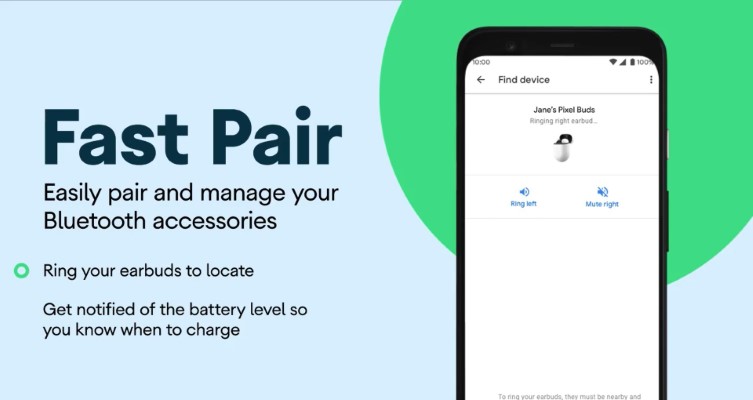 Google’s Fast Pair service uses Bluetooth Low Energy (BLE) to discover nearby Bluetooth devices without hampering the phone’s battery. Since its arrival in 2017, Fast Pair has gained a good number of features. Now, a new report suggests that Google is prepping the Fast Pair to handle stylus charging notifications.

Folks over at 9To5Google spotted multiple strings associated with the Fast Pair stylus in the latest version of the Play Services update for Wear OS v23.02.13. These strings highlight low-battery notifications that are similar to what is already available for Bluetooth headphones. In simple words, Fast Pair will show notifications on the user’s phone when the stylus’s battery begins to dip.

Here are the trio of strings found while digging through the latest Play Services update for Wear OS:

This new change fits right with the rumors of the Google-branded stylus launching alongside the Pixel tablet. At this moment, it is unclear if the stylus will charge itself or not. Also, the design of the Pixel Tablet does not show any clues about wirelessly charging the stylus through NFC, which is permitted in the USI 2.0 standard, by placing the stylus on the side edges, similar to the iPad Pro.

One this is sure, though. This new communication and notification system for a stylus could improve the experience of S Pen sometime in the future.