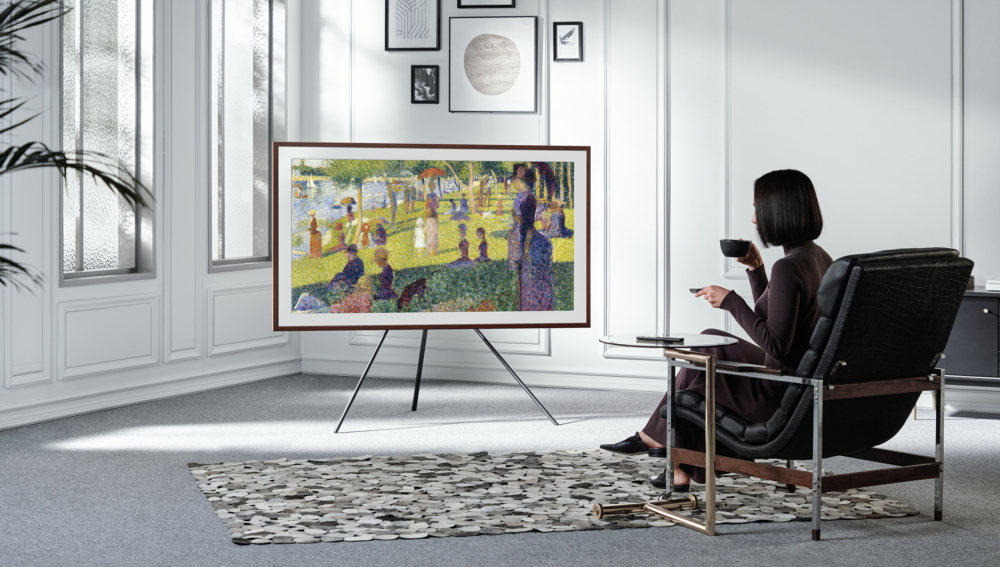 Google’s strategy around messaging and video calling apps has been a mess. Over the past few years, the company launched and discontinued Gtalk, Google Allo, Google Duo, and Google Hangouts. Recently, the company merged Google Duo with Google Meet. Now the new official Google Meet app has appeared (via 9To5Google) on Samsung smart TVs.

The refreshed Google Meet app has an optimized UI for the big screen and is easier to use with the TV’s remote controller. Unlike the Google Duo app, which had a white theme, the Google Meet app has a dark UI, which is easier on the eyes. Once you log in, it shows all your contacts and recent group calls on the New Call screen, making it easier to initiate video calls.

The video call interface has options to end the call, turn on or off the webcam, enable/disable the microphone, open the video in a pop-up window, and enable/disable video effects. Going by the screenshots, it can display up to four parties in the group video call. The app is listed on Samsung’s Tizen app store, but no compatible TV models have been listed yet, but it should be compatible with smart TVs that work with a webcam.

Has this new Google Meet app appeared on your Samsung smart TV? Let us know in the comments section below.