Samsung and Google joined forces earlier this year to co-develop Wear OS 3 for a new generation of smartwatches. Samsung abandoned Tizen OS for wearables in favor of Wear OS 3 as a result, but this massive change has allowed the Korean tech giant to retain some exclusivity over the new OS version.

The Galaxy Watch 4 and Watch 4 Classic are the only smartwatches on the market right now to run Wear OS 3 out of the box, while other OEMs are expected to release the update as late as 2022. Google, on the other hand, is preparing its own smartwatch powered by Wear OS 3. And according to a new leak from Front Page Tech — complete with fuzzy press renders (below) — the official launch of the so-called Google Pixel Watch should be just around the corner.

Google Pixel Watch may draw inspiration from both Samsung and Apple

Like the Galaxy Watch 4, the upcoming Google Pixel Watch has a circular watch face. However, Google’s wearable won’t take advantage of One UI, and instead, it will run an unaltered version of Wear OS. The Galaxy Pixel Watch has a bezel-less design, claims one leaked slide, but it’s unclear if the wearable will offer a virtual rotating bezel for UI navigation.

As far as the exterior design is concerned, Google’s upcoming wearable appears to draw inspiration from both Samsung and Apple. It seemingly borrows the round watch face idea from the Galaxy Watch 4, but the bezels are curved around the edges, similar to the Apple Watch. It doesn’t have a flat, curved display as the Galaxy Watch 4 does.

More so, the Google Pixel Watch will reportedly have proprietary wrist straps just like the Apple Watch does, which means that, unlike the Galaxy Watch 4 series, it won’t be compatible with standard 20mm wrist straps.

Finally, the Google Pixel Watch appears to have one side physical button instead of two, which could hint at the lack of a BIA sensor.

All in all, Google’s first Wear OS 3 smartwatch almost looks like Apple’s interpretation of the Galaxy Watch 4, and it’s almost like an unusual – though admittedly gorgeous – mix between both worlds. It may not be as practical as the Galaxy Watch 4 give the limited wrist strap options, but regardless, it sort of looks like an evolution of Samsung’s design, or at least a more elegant interpretation of the base formula. We’ll have to wait and see if Samsung will draw inspiration from the Pixel Watch for its own Galaxy Watch 5 next year.

Beyond the exterior, it will be interesting to see if and how Google will attempt to differentiate its Wear OS 3 software experience from the Galaxy Watch 4 series and One UI. 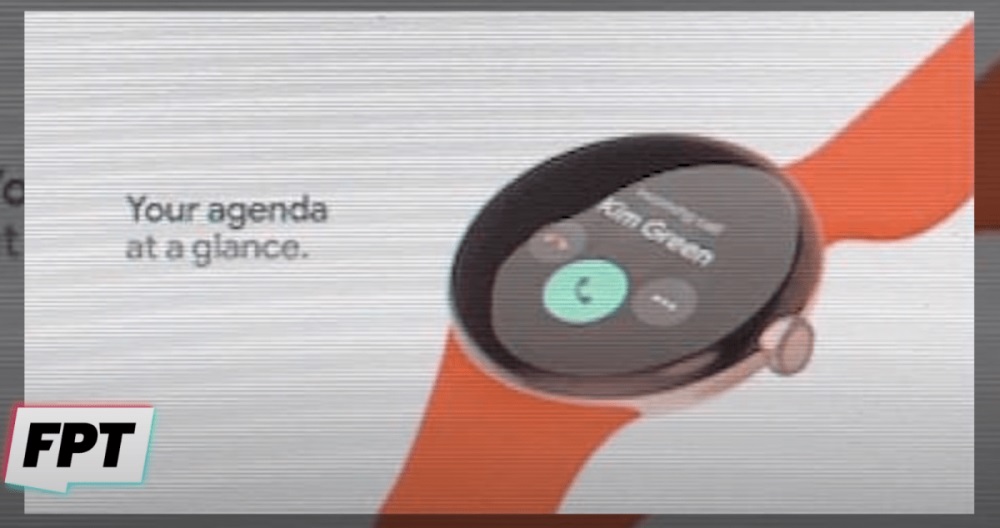