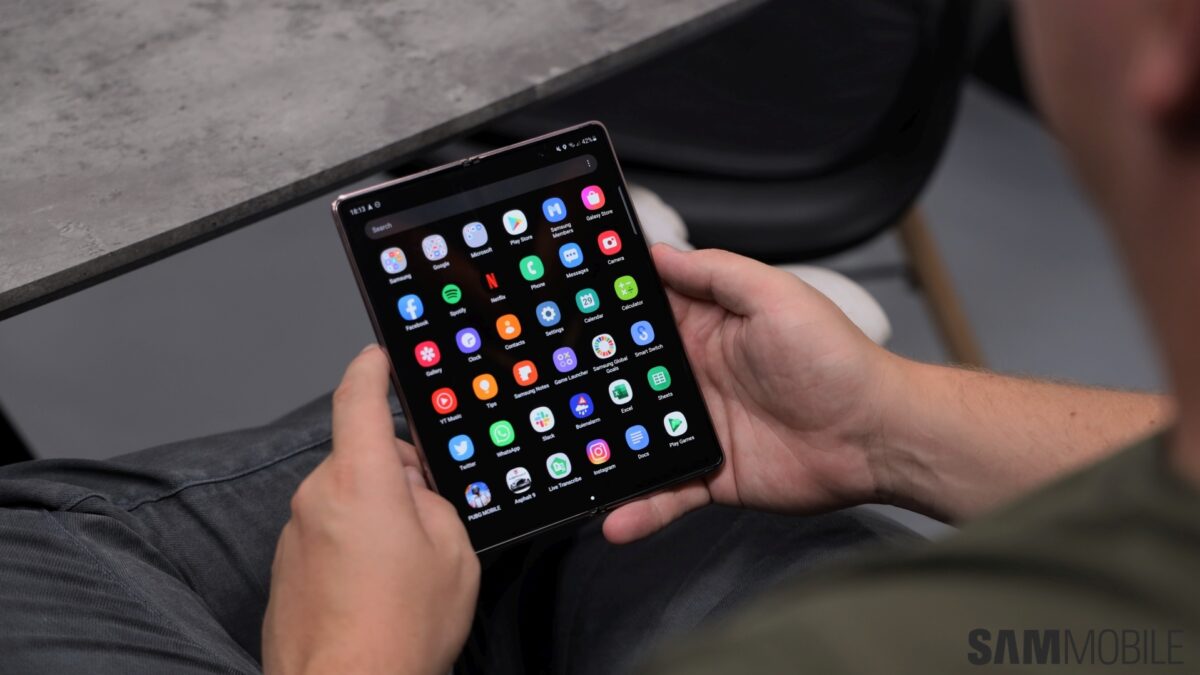 Update [September 5th, 23:15 UTC+02:00]: We had a talk with one established industry insider whose track record of Samsung scoops spans back years, and who brought the credibility of this entire report – including its source – into question. What’s more, they did so in a manner that we’re becoming skeptical about the accuracy of any part of this rumor beyond the possible name of the upcoming smartphone. That is, while rumblings about a potential Galaxy Z Fold 2 Lite are way to numerous to be baseless, this particular spec sheet is more likely to be fake than not.

The Galaxy Z Fold Lite may not be as “lite” as that name would have you believe, according to its purported spec sheet which leaked online earlier today. The list, while incomplete, points toward a pretty respectable smartphone irrespective of its novel form factor. More specifically, the Galaxy Z Fold Lite is said to feature hardware on par with Samsung’s 2019 flagships, including the Exynos 9825, 12GB of RAM, 256GB of flash storage, and a 7.2-inch Super AMOLED display that bends in half thanks to a layer of Ultra Thin Glass (UTG).

The outfolding screen is expected to support a still-unspecified FHD+ resolution. Sitting on the opposite side should be a relatively modest cover display intended primarily for glancing notifications. What’s more, it’s becoming increasingly more likely that Samsung will market the upcoming smartphone as the Galaxy Z Fold 2 Lite. Which would be another mouthful of a gem brought to you by whatever plane of consciousness its marketing people currently inhabit.

Have received some specifications of the device. In all likelihood, the device will feature:

Not as ‘lite’ as anticipated – but also not as affordable

The popular Flex Mode that first debuted on the Galaxy Z Flip is said to be making a return with the Galaxy Z Fold 2 Lite, which would make sense seeing how Samsung already confirmed the Galaxy Z Fold 2 will offer it as well. And as for its Lite-branded counterpart, the smartphone is expected to run One UI 2.5 based on Android 10 out of the box. And while all of that seems to point toward a highly capable device, the caveat is that there may be a highly debatable price tag to go alongside it. More specifically, the Galaxy Z Fold 2 Lite is alleged to cost around $1,600, at least in India, where its release price is said to amount to Rs 118,000.

While still significantly more affordable than the Galaxy Z Fold 2 — expected to hit India at nearly $2,400, or Rs 175,000 — the rumored figure isn’t exactly as accessible as the “Lite” moniker would normally suggest. So, in a way, the Galaxy Z Fold 2 Lite is shaping up to be a smartphone that will serve as Samsung’s attempt to redefine that label from the ground up, both in terms of features and pricing.

We’ve been hearing about a potential Galaxy Z Fold Lite for months now, as first reports of such a handset being in the works emerged back in late spring. And the rumor mill took us for a pretty wild ride ever since, at least as far as the gadget’s price tag is concerned. Today’s suggestion of a $1,610 asking fee stands in stark contrast to a late June report that indicated the Galaxy Z Fold 2 Lite may start at as low as $900. Only time will tell where exactly on that spectrum Samsung’s upcoming device lands, but as things stand right now, the possibility of another mid-range Galaxy foldable with a démodé flagship chip seems highly credible.

The rumors were true, and Huawei has responded to Samsung’s dominance over the foldable phone market wit …

Samsung has just released a new beta version of its mobile web browser, and customers who want to test the pre …

The original Galaxy Fold was a fragile beast, at least in regards to its foldable screen protector. It was bui …