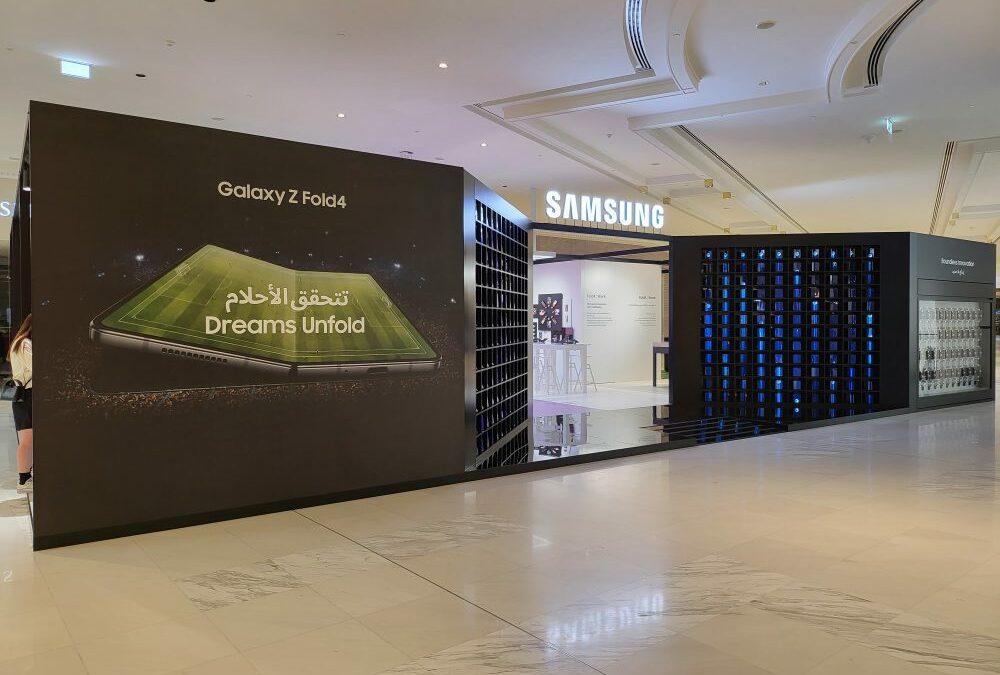 Samsung has opened a new temporary pop-up store in Qatar, where the company intends to bring together football fans and Galaxy device enthusiasts. The pop-up store has purpose-built event areas, and the company claims that it is “merging the excitement of football with Samsung’s legacy of cutting-edge mobile innovations.”

The company’s new store delivers “a series of unique product experiences” and a variety of sales and retail offerings. People who visit the store have the opportunity to test devices such as the Galaxy Z Fold 4 and Galaxy Z Flip 4, the Galaxy Buds 2 Pro, the Galaxy Watch 5 series, the Galaxy Tab S8, and others.

In keeping with the theme of football, Samsung also prepared a series of protective cases for the Galaxy Z Fold 4, Galaxy Z Flip 4, and Galaxy Buds 2 Pro inspired by participating countries in the upcoming FIFA World Cup, the latter of which kicks off on November 20 and is scheduled to end on December 18.

Thematically — once again — the Samsung pop-up store in Qatar will be open until December 18, 2022. It is located at the Place Vendome Mall in Wadi Al-Jaya in the Lusail region.