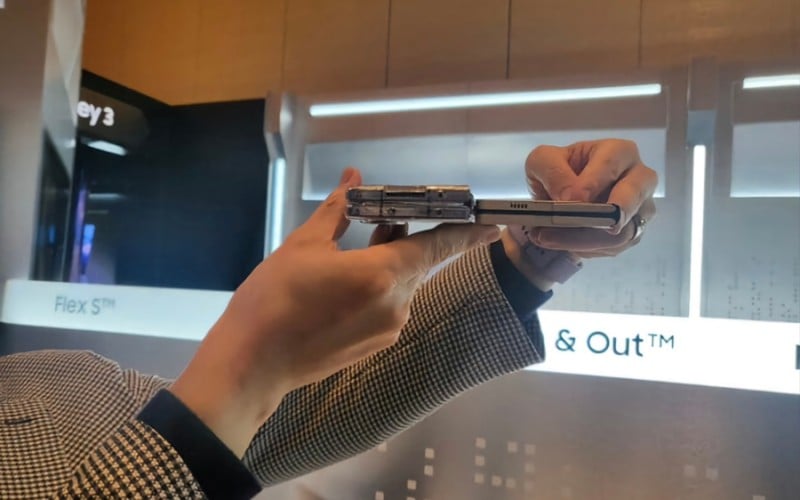 Samsung is reportedly planning to adopt a teardrop/waterdrop hinge design for the upcoming Galaxy Z Fold 5. A prototype Samsung foldable phone featuring this new hinge design was apparently spotted at CES 2023, and a side-by-side photo featuring it and the Galaxy Z Fold 4 has now surfaced online.

The photo shows the lower profiles of the Galaxy Z Fold 4 featuring a U-shaped hinge and this mysterious prototype device that has a teardrop hinge (via Naver). The prototype is thinner than the Z Fold 4, and more importantly, it doesn’t seem to have a visible gap between the two folding halves when folded shut.

A mix of U-shaped and teardrop hinges

Samsung has been using the U-shaped hinge for the Galaxy Z Fold series to keep production costs down, attempt to lower prices, and ultimately help popularize the foldable phone segment. However, the company is rumored to be working on switching to a teardrop hinge design for the Z Fold 5. The photo you see above and below might be giving us a rough preview of what to expect later this year.

Samsung develops several prototypes before it decides on a final design, so we wouldn’t treat this photo as confirmation of what the Galaxy Z Fold 5 will look like, but it at least gives us an idea of what the next-gen foldable could look like.

Market watchers suspect that Samsung will continue using the U-shaped hinge for the Galaxy Z Flip 5 in order to maintain relatively low production costs and the popularity of the foldable flip phone series. 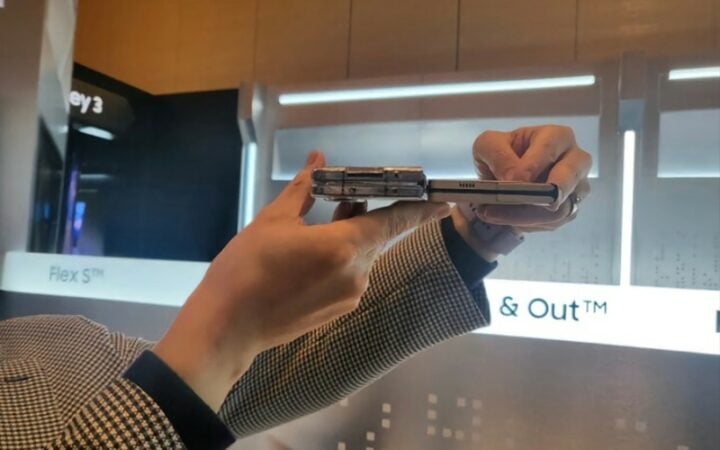 Galaxy Book 3 competitor created by LG has OLED from Samsung

Samsung isn’t the only Korean manufacturer to have developed new ultrabooks for 2023. Its once closest smartphone rival, LG, unveiled a new series of laptops at CES 2023 under the “LG Gram” moniker, which includes the LG Gram Ultraslim and LG Gram Style. And according to a new report, the series is powered by Samsung […]