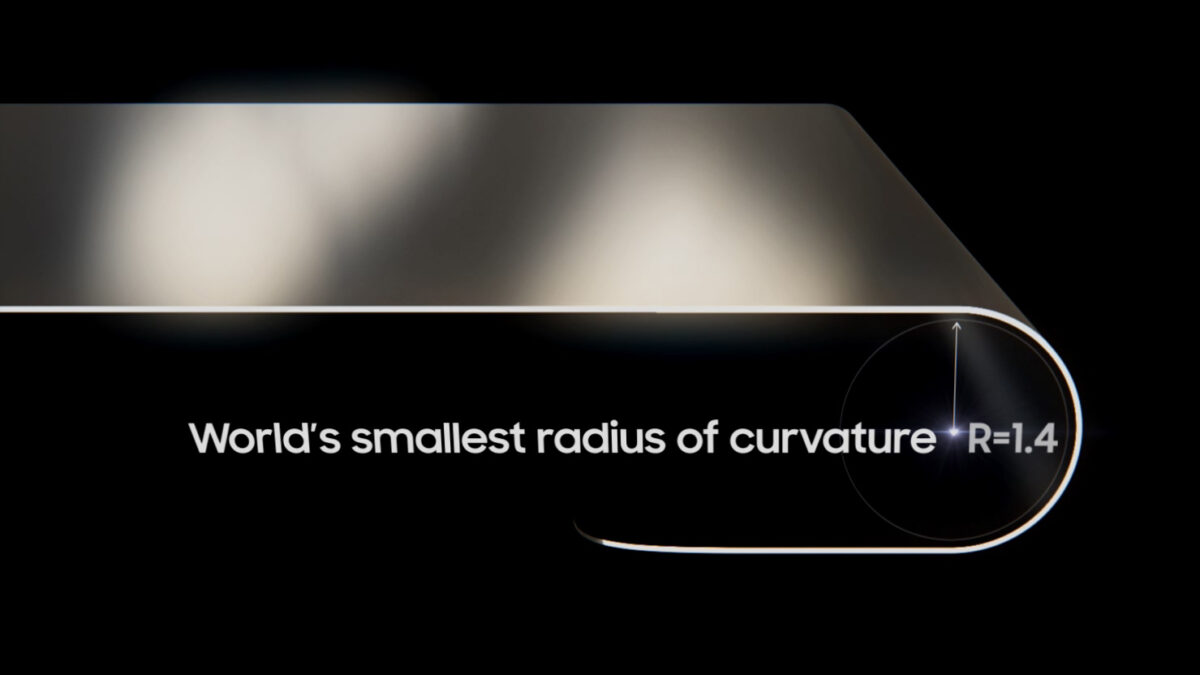 The Galaxy Z Fold 2, which was fully detailed earlier this month, comes with a new and improved foldable screen. It is not only larger compared to the screen used on the Galaxy Fold, but also comes with better screen protection. Now, Samsung Display, Samsung’s display manufacturing arm, has announced that its new-generation foldable OLED panel has the world’s smallest curvature.

According to Samsung Display, the curvature of its new OLED panel is just 1.4R. Its curvature is the lowest among all the curved displays that have been commercialized to date. The company has managed to reduce the curvature even further using proprietary foldable display optimization technologies. It is a 7.6-inch OLED panel with a resolution of 2208×1768 pixels, and it is covered by Ultra Thin Glass (UTG).

When a display folds, its outer layer experiences contraction stress, while the inner layer faces extension stress. This collective stress is called ‘folding stress’, and it can impact the overall structure of the display panel. A lower curvature results in higher stress, so displays folding inwards face higher stress than displays folding outwards. To minimize folding stress, Samsung has used special material for the display, the panel design, and the module assembly to act as a cushion when the screen is folded.

The new foldable OLED panel used in the Galaxy Z Fold 2 has the folding area that is 1.7x the folding area of the Galaxy Z Flip. According to Samsung, the new display can be folded up to 200,000 times, which means it can last for more than five years without any problem. It also received the ‘Eye Care Display’ certification from Switzerland-based testing firm SGS (Société Générale de Surveillance) as its blue-light emission is the lowest in the industry at just 6.5%.