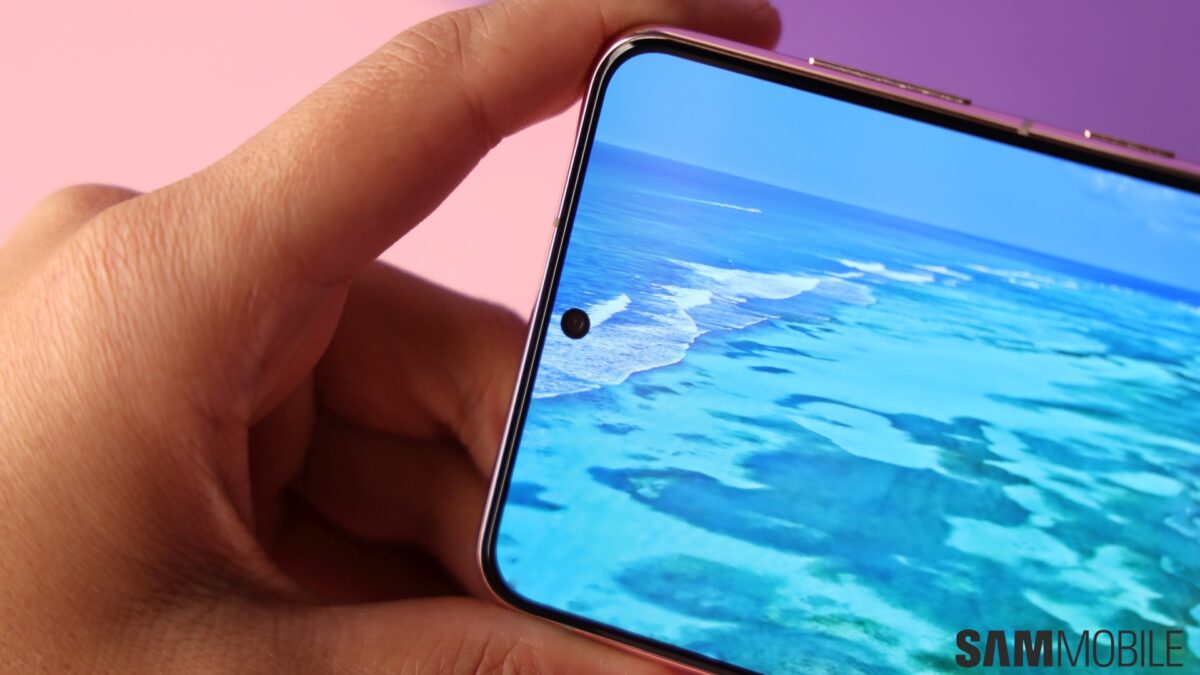 If the latest rumors are true, Samsung is about to make display bezels thinner than they’ve ever been. The company is reportedly developing “BRS” (Border Reduction Structure), which is a new bezel-less display technology that’ll supposedly be employed by the upcoming Galaxy Tab S8 Ultra and select smartphone models.

The Galaxy S22 flagship series might not use BRS, but Galaxy smartphones planned to hit the shelves from late 2022 onward will, according to a rumor passed along via Naver/@FrontTron. As for the Galaxy Tab S8 Ultra, the tablet will reportedly use BRS technology only for certain portions of the bezel.

The report doesn’t offer exact dimensions but claims that BRS technology will allow future Galaxy devices to have display bezels that will be thinner than the Galaxy S21+’s thinnest bezel. The source has labeled the phone’s lower bezel as the thinnest, though we’d argue that the Galaxy S21+ side bezels are even slimmer than that.

Either way, flagship display bezels are thin as they are. And if Samsung is planning to make them even thinner, for a tablet, using this rumored BRS technology, we’re be looking at a new design paradigm. Especially now that UDC (under-display camera) technology is no longer just a rumor following the Galaxy Z Fold 3 launch.

Samsung wins 42 awards at IDEA 2022 for its ingenious designs

The International Design Excellence Awards 2022 (IDEA 2022) concluded with Samsung Electronics winning no fewer than 42 awards. More specifically, the company earned two Gold, five Silvers, and one Bronze award while being granted the finalist title 34 times. IDEA 2022 is an award program held by the Industrial Designers Society of America. The latter […]