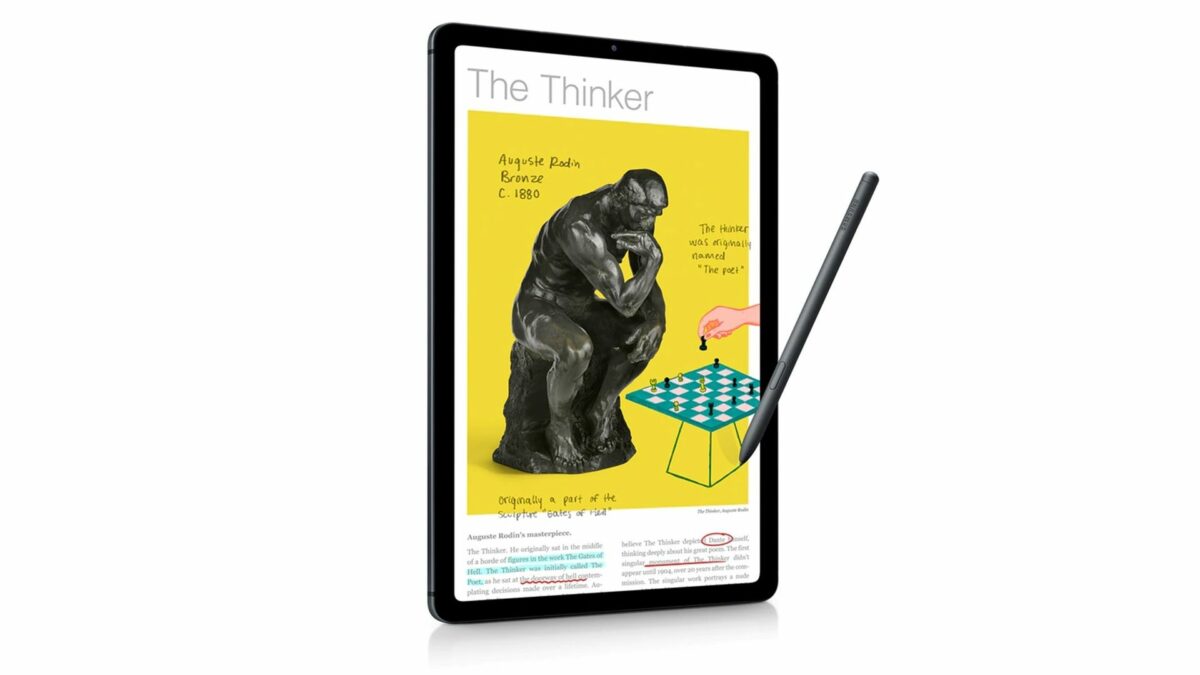 The Galaxy Tab S6 Lite is now really official. Although the tablet was first quietly unveiled a couple of days ago by Samsung Indonesia, the product page has since been removed from the Indonesian portal. But after all the hype, Samsung has now issued an official press release for the device, and the Galaxy Tab S6 Lite is already available for pre-order in the Netherlands.

According to Samsung, the Galaxy Tab S6 Lite features a new S Pen with a refreshed design for a comfortable grip. It weighs only 7.03 grams and claims improved latency.

As you may have already been aware, the optional book cover case has an S Pen holder carved in the hinge. What we’ve also learned is that the S Pen can be attached magnetically to the side of the tablet when not using the book cover.

While the inclusion of the S Pen and corresponding apps categorize this tablet as a productivity-friendly device, Samsung is also focusing on its multimedia-consumption capabilities.

The Galaxy Tab S6 Lite is packed with clever, helpful and entertaining features including Dolby Atmos 3D surround sound, dual AKG speakers, and the usual 4 months of YouTube Premium and Spotify for free.

The new tablet also has a 3.5mm jack, giving users more options to connect to external speakers or headphones.

Available for pre-order in the Netherlands, ships on April 29

Both the Wi-Fi and LTE variants are now available for pre-order in the Netherlands for €379 and €439, respectively (including VAT). We can safely assume that other European countries will follow suit with pre-order pages of their own.

Dutch customers who will pre-order the tablet will receive a free book cover case. This optional accessory with an S Pen holder would normally cost €69.99 when purchased separately.

The Galaxy Tab S6 Lite is available for pre-order only in Oxford Gray and Angora Blue in the Netherlands, with the third flavor ‘Chiffon Pink’ missing at the time of writing. Likewise, Samsung’s press release confirms that a 128GB version will be released along with the 64GB model, but only the latter is available for pre-order for the time being.