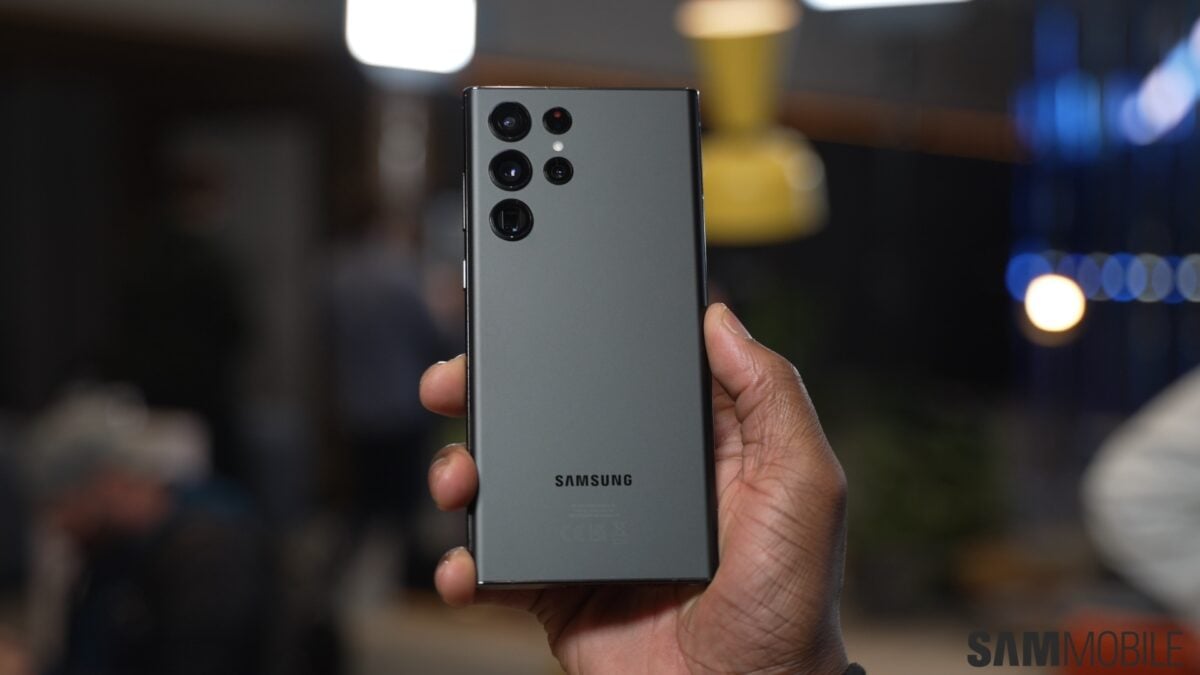 According to the tipster, the Galaxy S23 Ultra will feature a 200MP ISOCELL camera sensor with a 1/1.3-inch sensor size. It reportedly features 0.6µm pixels and has an F1.7 aperture. If you can remember, the Galaxy S22 Ultra’s 108MP primary camera has 0.8µm pixels and an F1.8 aperture. This means that the 200MP camera sensor has smaller pixels, but the aperture is wider (that takes more light in).

We are not sure if the 200MP camera sensor on the Galaxy S23 Ultra is an upgrade or a downgrade compared to its predecessor. However, it could improve the zoom performance at non-native zoom levels. Smaller pixels usually result in higher noise, especially in videos (since pixel binning isn’t performed during videos). It seems that Samsung is running after numbers rather than actual quality.

However, we will reserve our judgment until after we get to review the Galaxy S23 Ultra sometime early next year. The smartphone will reportedly feature a design that’s extremely similar to the Galaxy S22 Ultra. It will feature a faster processor (Snapdragon 8 Gen 2), a bigger ultrasonic fingerprint reader, and the Android 13-based One UI 5 software.

In case you missed yesterday’s leaks, a handful of unofficial renders have revealed the Galaxy S23 series’ design from virtually every angle. Although these renders are unofficial, they have supposedly been created based on leaked, official device specifications and dimensions. Therefore, the probability of the Galaxy S23 series looking like it does in these renders […]

Device leaks come in all shapes and sizes. Yesterday’s Galaxy S23 design leak was pretty massive, and it might take a while before something even more revealing of the Galaxy S23 series pops up online. Until then, we have a bit more information to share about the Galaxy S23 Ultra’s primary camera. Our colleagues at […]

From the moment the first Galaxy S23 rumors hit our radar, we assumed that Samsung will want to announce the series in January or February 2023. The next flagship trio should either get unveiled in January like the Galaxy S21 did or borrow the Galaxy S22’s Unpacked schedule and hit the scene in February. And […]