The Galaxy Note 8 isn’t going to be the first device from Samsung to receive the Android 8.0 Oreo update. Samsung has actually been running a beta program for the Galaxy S8 and Galaxy S8+. Both devices are expected to get their Oreo update by the end of this month.

However, it appears that the Galaxy Note 8 Oreo update has been randomly released to at least one user with the Exynos-powered variant of the device. It’s unusual because the beta program was never expanded to the Galaxy Note 8.

Someone claiming to work for Samsung posted pictures of their Galaxy Note 8 model SM-N950F that randomly received the Oreo update. The Reddit user says this is a device “that customers can touch and use at will,” so they probably work at an experience center or in a retail location.

The screenshots show that this device has received firmware version N950FXXU2CRA1.DM. It appears to be an internal test build of Oreo for the Galaxy Note 8 as it’s certainly not a beta firmware. That much is evident from the firmware version.

The firmware is said to feature all of the improvements that are part parcel of Android 8.0 Oreo. It even includes the January 2018 security patch that Samsung detailed a couple of days ago.

The Reddit user says that they’ll be able to provide more information about this tomorrow after going back to work. It doesn’t appear to be a soak test because it’s not common for Samsung to release major firmware updates to a few people ahead of a public release just to test the waters.

The beta program for these devices will end on January 15 so there’s a good chance that Oreo might be released before the end of this month. 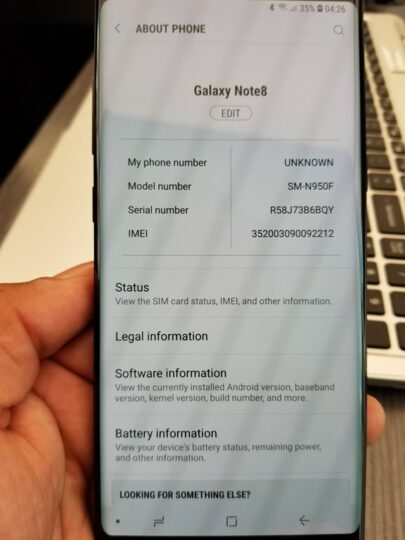 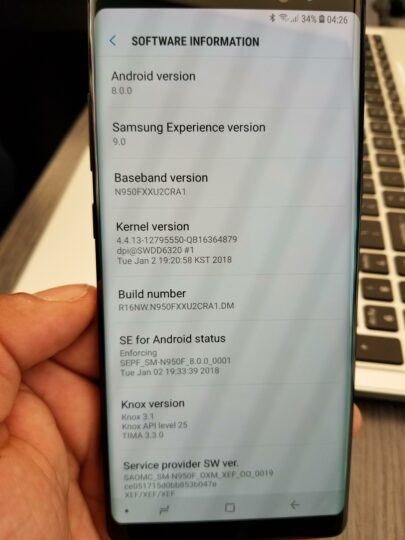