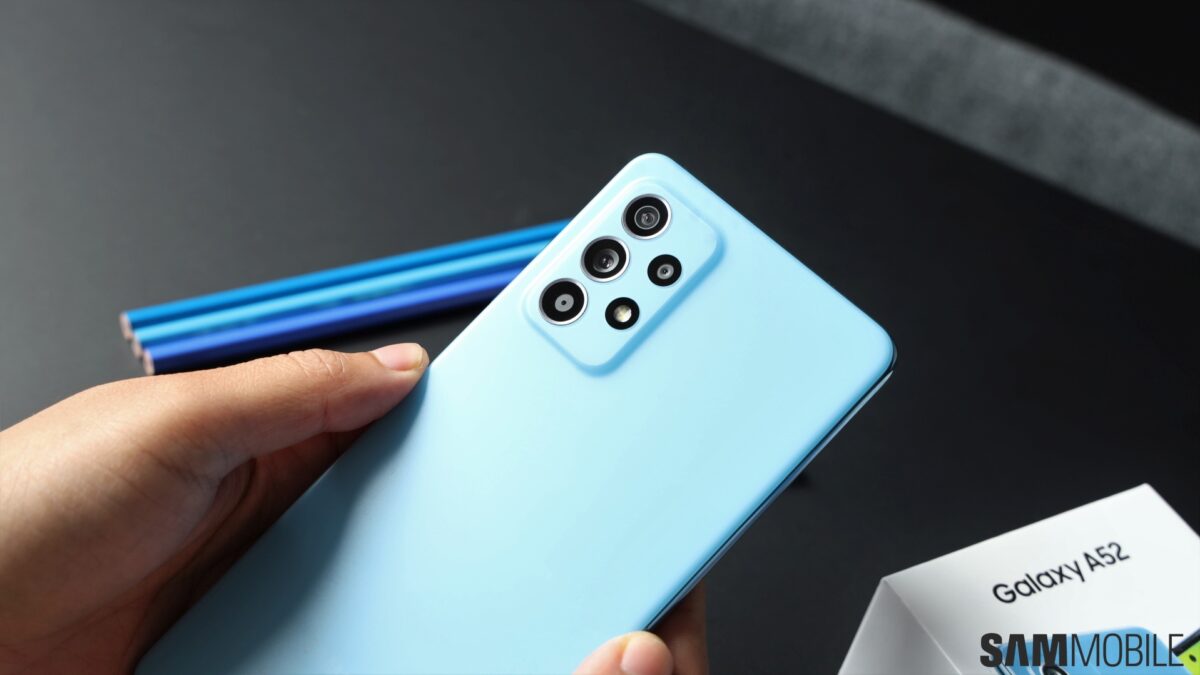 After releasing the April 2021 security patch to the Galaxy A52 in late March, the company is rolling out a new update to the smartphone. With this new update, the company is bringing stability improvements and some new camera features that were introduced with the Galaxy S21 series.

The latest software update for the Galaxy A52 (SM-A525F), which has firmware version A525FXXU1AUD2, is rolling out in various Asian and European markets. It brings three fancy portrait camera effects to the Galaxy A52: Backdrop, High-Key Mono, and Low-Key Mono. These effects were introduced with the Galaxy S21 series and were later rolled out to other high-end phones. The new update also brings improved camera performance, better call quality, improved touchscreen stability, and better security.

If you are a Galaxy A52 user in any of the countries mentioned above, you can check for the update by navigating to Settings » Software update and tapping on Download and install. You can also download the compatible firmware package from our firmware section and flash it manually. We expect Samsung to release this update to the Galaxy A52 in more countries over the next few days.