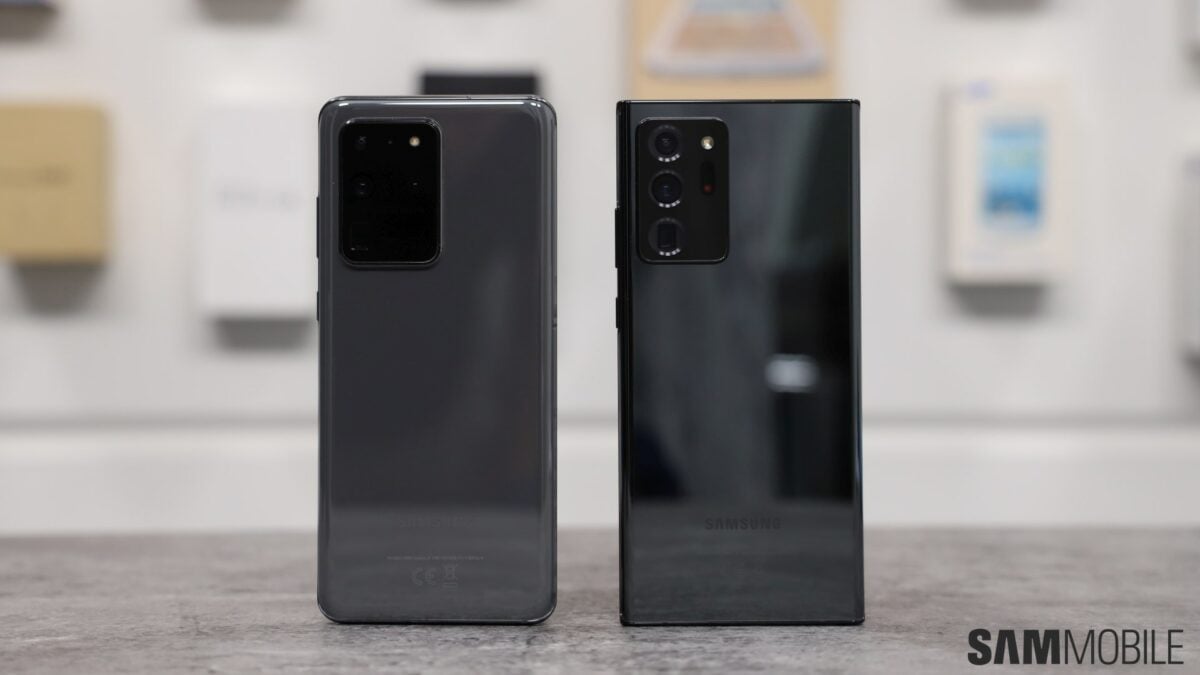 Samsung launched the Galaxy S21 series earlier this year with impressive camera features. Now, the company is rolling out some of those camera-related features to its older high-end smartphones, including the Galaxy S20 series and the Galaxy Note 20 series, via a new software update.

With the new update, which is rolling out in Germany right now, the Galaxy S20, Galaxy S20+, Galaxy S20 Ultra, Galaxy Note 20, and the Galaxy Note 20 Ultra have received new camera features. Users can now capture portrait images in low-light conditions, something that was earlier possible only with the Galaxy S21 series. The Night Mode also works with the ultrawide camera.

The company has also added three new effects in the Portrait mode: backdrop, high-key mono, and low-key mono. These studio-like effects let you change the background color to black, white, or a random color that is chosen by the camera app. In Night mode, users can now let the camera choose the exposure or use the maximum possible exposure. Moreover, the ultrawide camera can now be used in the camera’s Pro mode.

For those who were hopeful of getting the Galaxy S21’s Director View on their Galaxy S20 or Galaxy Note 20 series phone, there is some bad news. None of those phones have received the Director’s View feature, most probably because of limitations in the processor’s ISP (image signal processor).

The new software update has firmware version G98xxXXU7DUC7 for the Galaxy S20 series and N98xxXXU1DUC8 for the Galaxy Note 20 series. If you are in Germany, you can check for the update on your Galaxy S20 or Galaxy Note 20 series device by navigating to Settings » Software update and tapping on Download and install. The update could roll out to more markets over the next few weeks.