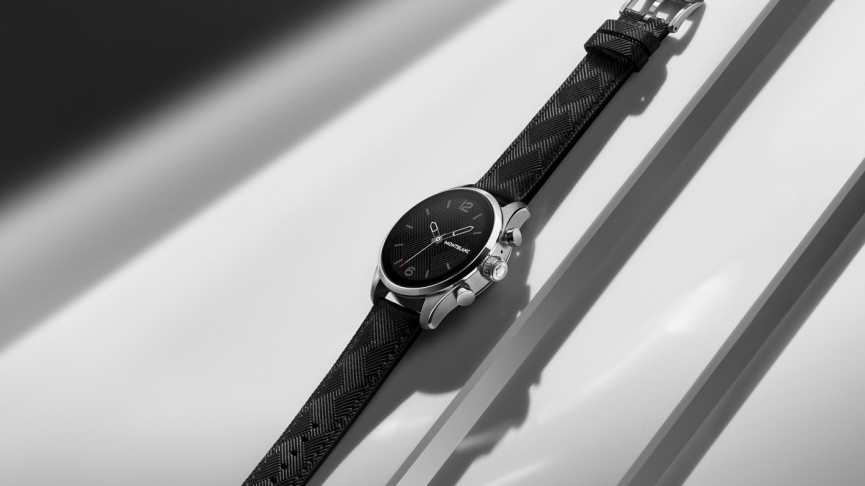 With the launch of the Galaxy Watch 4 series, Samsung took exclusivity over Wear OS 3 for nearly a year. No other smartwatch on the market runs this version of Wear OS, but things are about to change with the release of the Montblanc Summit 3. And with it, Wear OS is now coming back to Apple’s iOS.

Samsung’s Wear OS 3 smartwatches, like the Galaxy Watch 4 and 4 Classic, don’t work with Apple iPhones. And up until now, it wasn’t clear whether this is due to Samsung or Wear OS 3 itself. But considering that previous versions of Wear OS have worked with iOS, this limitation seemed more like a quirk of Samsung’s new smartwatches rather than the operating system they’re running.

Indeed, this can now be confirmed, not by Samsung but by another brand. The first non-Samsung smartwatch to run Wear OS 3 will break this Android exclusivity and bring Google’s wearable platform to iPhone users. (via Android Police). Its name is Montblanc Summit 3, and it’s coming to the United States and Europe in a couple of weeks for almost $1,300.

Obviously, the Montblanc Summit 3 has a different take on what a Wear OS 3 wearable should be. It doesn’t run One UI Wear, and unlike the Galaxy Watch 4 series, it will be able to pair with iPhones. There could be some limitations to pairing the Wear OS 3 smartwatch to an iOS device instead of Android, but nevertheless, support will be there for whoever might need it.

Should we expect Samsung’s latest smartwatches to start working with iPhones once other Wear OS watches from different brands hit the shelves? Perhaps. But since the Korean tech giant chose not to bother with iOS support for almost a year and counting, we wouldn’t hold our breath for an imminent change.

If Samsung considers iOS support, it will probably base its conclusion on the success of other Wear OS smartwatches among iOS customers. We’re guessing that there aren’t many iPhone owners who prefer Wear OS over Apple’s own smartwatch, and Samsung might feel like adding iOS support isn’t worth the hassle. Either way, we’ll keep you posted.