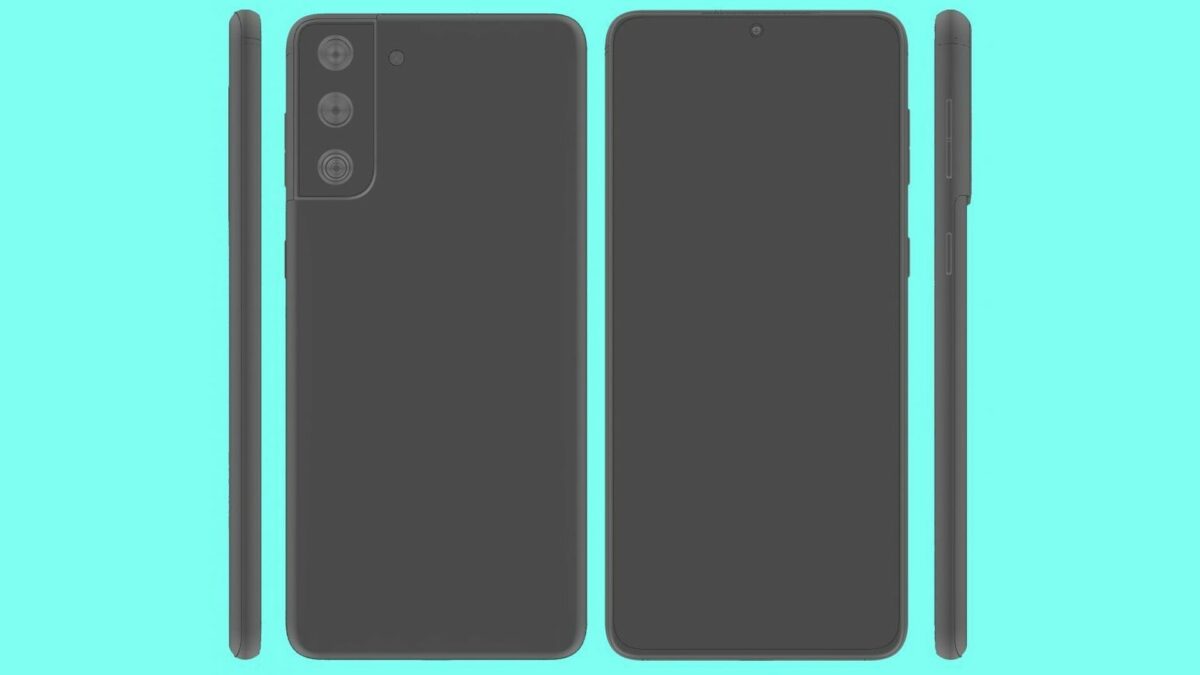 The alleged design of the Galaxy S21+ was recently unveiled in a series of RAW CAD renders, and assuming that the information is accurate, the middle-of-the-road flagship will share a lot of design cues with the base Galaxy S21 model.

In fact, it’s difficult to spot any differences between these new Galaxy S21+ renders and the ones that have supposedly described the base Galaxy S21 model last week. They reveal the same button placement, camera housing, and display design as before, and this lends more credibility to the idea that the Galaxy S21 and Galaxy S21+ will have a similar design with a flat screen whereas the Galaxy S21 Ultra will be the only model in the series to feature a curved display.

A different design philosophy compared to 2020

Samsung’s 2020 flagship phones including the Galaxy S20 and Galaxy Note 20 models have made a bold statement regarding their rear-facing cameras. The Korean tech giant wanted to highlight the camera system as much as possible and it designed the camera housing to stand out as a result.

Samsung appears to be backtracking on this design philosophy with its upcoming Galaxy S21 flagship series, at least to a degree. The camera bump is still there but it is less obvious than before. Two of the camera housing’s edges are flush with the phone’s frame to create a more seamless transition.

This isn’t an evolutionary design step as much as it is a different design path. It will be interesting to learn about the thought process behind the Galaxy S21 series next year when Samsung should reveal its design stories.

As for the Galaxy S21+ renders at hand, they are accompanied by a few technical details and the phone is said to measure 161.5 x 75.6 x 7.85mm. The flat Infinity-O display is expected to have a 6.7-inch diagonal.