Samsung has unveiled a new Exynos processor that is tailor-made for mid-range smartphones. The Exynos 880 features integrated 5G connectivity and faster performance for heavier tasks like gaming. It is a trimmed-down version of the Exynos 980 that was announced last year. The Exynos 880 debuted with a new Vivo smartphone which was unveiled yesterday.

The Exynos 880 SoC (System on Chip) is made using the power-efficient 8nm FinFET process from Samsung. It has an octa-core 64-bit CPU, featuring two ARM Cortex-A76 cores clocked at 2GHz and six ARM Cortex-A55 cores clocked at 1.8GHz. The chipset is compatible with LPDDR4X RAM and UFS 2.1 (and eMMC 5.1) storage. 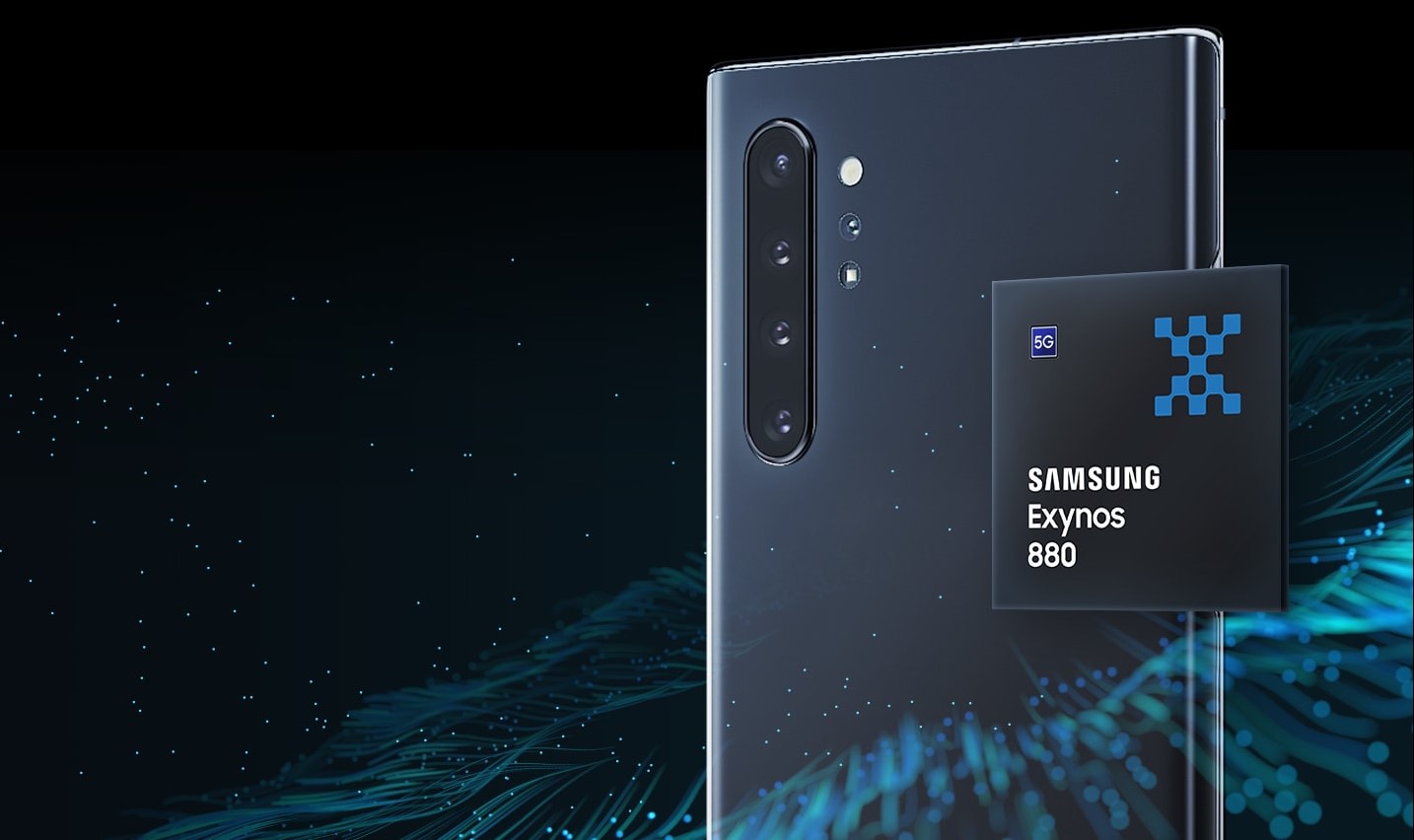 For imaging, the Exynos 880 ISP supports up to a 64MP camera sensor or 20MP+20MP dual-camera setups. There’s support for up to 4K 30fps video recording and it supports 4K video decoding/encoding with H.265, H.264, and VP9 codecs. There’s an integrated NPU and DSP for on-device AI processing, and they both share a controller and DMA (Direct Memory Access) for faster and efficient performance.

Connectivity features of the Exynos 880 include an integrated 5G modem that supports up to 2.55Gbps download speeds and up to 1.28Gbps upload speeds over 5G NR sub-6GHz networks. The chipset’s E-UTRA-NR Dual Connectivity feature combines 5G and 4G LTE networks to offer download speed of up to 3.55Gbps and upload speed of up to 1.38Gbps. It appears to be the same modem that is used in the Exynos 980.

Other features of the Exynos 880 SoC include dual-band Wi-Fi b/g/n/ac, Bluetooth 5.0, FM radio, GPS, GLONASS, BeiDou, Galileo, and USB Type-C port. The chipset is already being mass-produced, and Vivo has used the Exynos 880 in its new smartphone, the Vivo Y70s. The mid-range 5G smartphone, which was leaked a few days ago, has been announced for the Chinese market.