After launching the Exynos 980 for mid-range smartphones, it appears that Samsung is close to launching yet another mid-range SoC. The unannounced Exynos 880 chipset has appeared in benchmarks, but not in a Samsung phone. It looks like Vivo will launch one more phone with a mid-range Exynos processor.

The Exynos 880 has been found inside the Vivo Y70s 5G through the Geekbench results database. The chipset features two ARM Cortex-A77 cores clocked at 2GHz, six ARM Cortex-A55 cores clocked at 1.8GHz, and the ARM Mali-G76 GPU. The name of the phone (found on Weibo) also points towards an integrated 5G modem.

Overall, the chipset seems quite similar to the Exynos 980, but with lower clock speeds for the Cortex-A77 CPU cores. It is also possible that Samsung has underclocked the GPU or removed some of its cores to make it more affordable than the Exynos 980. 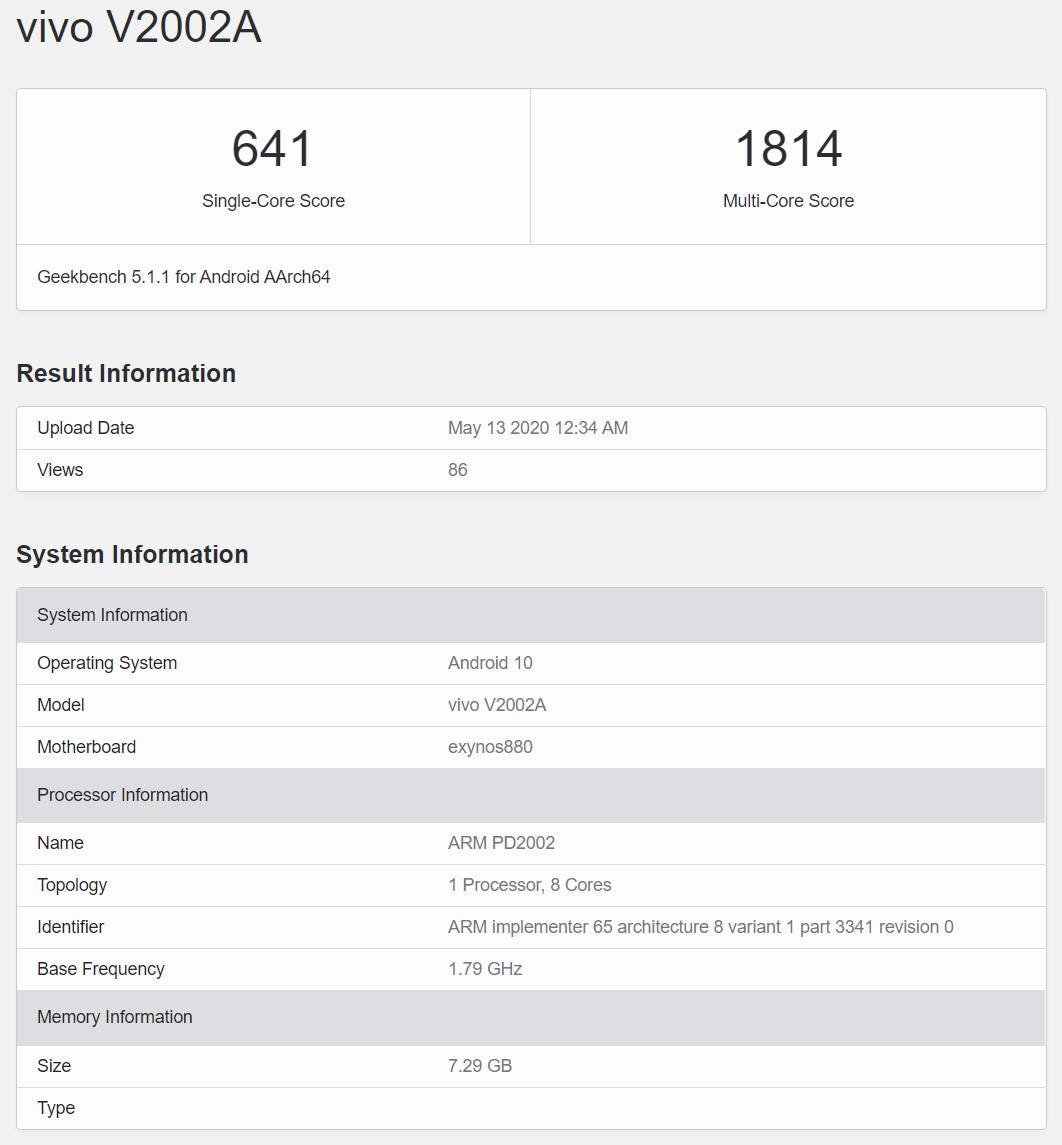