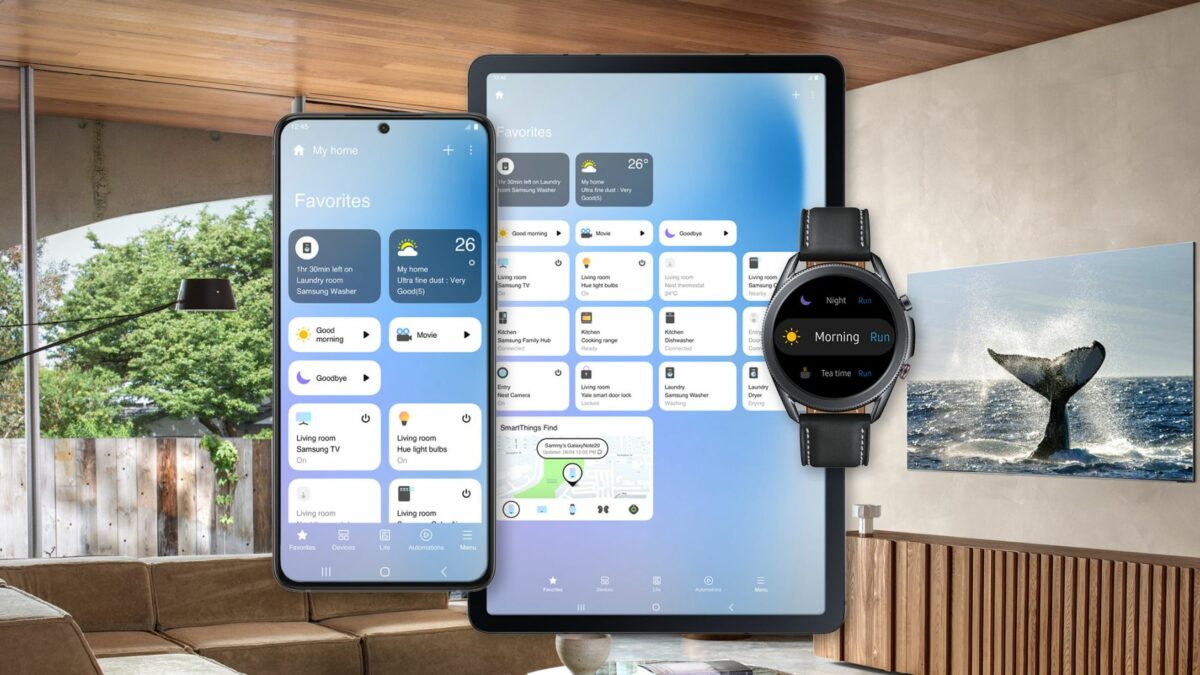 Update: Samantha Fein, vice president of marketing and business development for SmartThings, has confirmed that “In the coming months, we hope to announce more details of an expanded partnership between Samsung SmartThings and Philips Hue that will provide enhanced music experiences.”

Our report mentioned Philips Hue sync with TV content. The company has now clarified that this enhanced integration between Hue and SmartThings has to do with music, and not TV. The misunderstanding is regretted.

SmartThings is one of the world’s leading Internet of Things platforms with over 62 million users. Samsung’s vision for SmartThings is for it to be protocol-agnostic. SmartThings fully supports the popular Zigbee, Z-Wave and Matter IoT protocols.

It’s been a while since Samsung released a major update for the SmartThings app. We can now confirm that one is under development and will be released in the coming months.

SmartThings app getting a major update in the near future

On the technical side, the new SmartThings app will upgrade the Android target API level from 30 to 31. Multi-Window support is coming to the app as well and it’s also going to support window resizing on the new devices coming later this year.

Samsung is also adding support for Philips Hue Sync. This will enable users to sync their Hue smart lights so that they flash, dim and brighten with the content playing on the TV. A Gentle wakeup routine will be added as well. It will gradually brighten the lights over a period of time to imitate the sunrise, gently waking you up from a deep sleep.

There may also be some cosmetic changes in addition to the general housekeeping that’s done with new app updates. It’s unclear right now precisely when this new SmartThings app update will be released. We can expect it to arrive likely after the new devices are released in August.

Samsung keeps on improving things in the Galaxy ecosystem, be it related to hardware, software, or additional features. SmartThings, one of its main platforms, has received multiple updates over the past few years. Now, the company is trying to make it more customizable, through the smartphone app. The South Korean firm has now added a […]