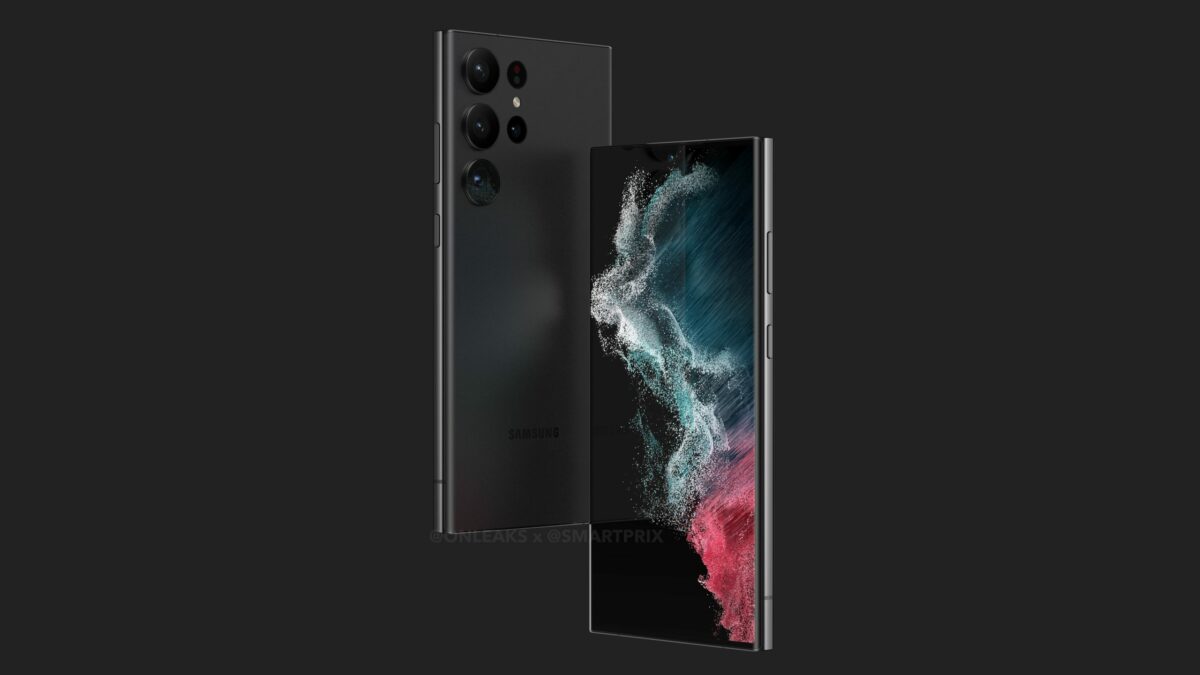 It didn’t take long for the Galaxy S23 Ultra to join in on the fun and reveal its alleged exterior design through a handful of CAD renders. After the base and Plus Galaxy S23 models got revealed in renders yesterday, we knew it was only a matter of time before the Galaxy S23 Ultra would do the same and hit the web in a series of renders. And that it did.

Several new renders have emerged to reveal what could be the final design of the upcoming Galaxy S23 Ultra. Changes are minimal compared to the Galaxy S22 Ultra, as the new model retains the same camera cutout configuration, with minor exceptions — one of which being that the depth sensor and laser autofocus module might not protrude as much next year. (via SmartPrix)

Another design difference lies in the curvature radius of the phone’s edge. The side edges of the Galaxy S23 Ultra are flatter, which helps refresh the overall look of the phone. They should also provide a better grip than the rounded Galaxy S22 Ultra edge design.

Comparatively, the Galaxy S23 and Galaxy S23+ look a lot more different than the 2022 models they’re supposed to be following. They share the same design language as the Ultra model for 2023, and that’s a good thing for the sake of consistency.

Samsung might release the Galaxy S23 series sooner rather than later, with reports claiming that the company might plan an early 2023 launch to leave the iPhone 14 and the GOS controversy behind.