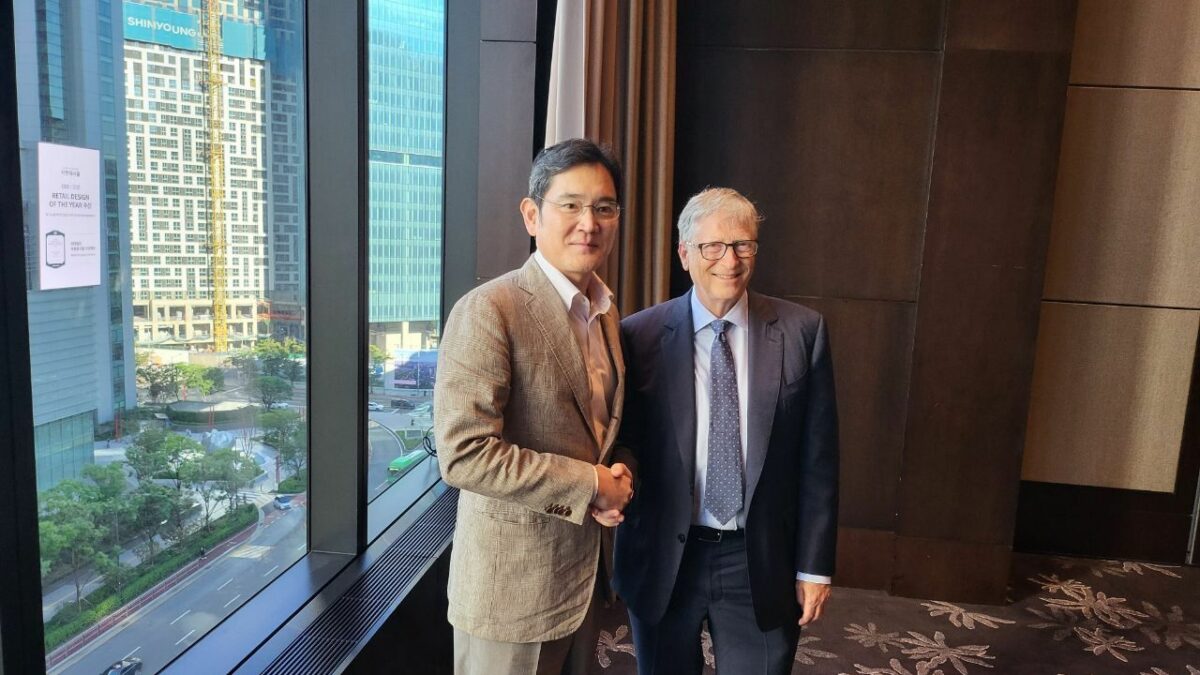 A lot of folks already know that Microsoft founder Bill Gates uses a Samsung foldable. The billionaire philanthropist revealed last year that he uses a Galaxy Z Fold 3 along with a portable PC, and, well, he’s now upgraded to a newer phone from our favorite Korean tech giant.

In a new Reddit AMA (Ask Me Anything) session, Bill Gates revealed that he is now using a Galaxy Z Fold 4 gifted to him by Samsung Chairman Lee Jae-Yong when the former last visited Korea. Essentially, as someone on Reddit pointed out, Bill Gates went directly to the Samsung chairman to upgrade his phone, which is quite funny when you think about it.

When Bill Gates wants a phone upgrade, he travels directly to Samsung HQ

As you would expect, Gates’ daily usage involves various Microsoft apps and Outlook (as a Gmail alternative) on his Galaxy Z Fold 4. The fact that the Galaxy Z Fold devices turn into a tablet when you want them to negates the need for Gates to use a dedicated tablet, which is pretty much the whole point of Samsung’s premier foldable lineup.

While some might be excited by the fact that Bill Gates uses a Samsung smartphone even though Microsoft also makes an Android phone (the Surface Duo), it’s actually not all that surprising. When Satya Nadella took over as Microsoft CEO back in 2014, he shifted the company’s focus from hardware to software services that work across all popular operating systems, including Android.

Microsoft also has a parnership with Samsung that sees the latter’s smartphones come preloaded with various Microsoft apps. In recent years we have also seen the two offering free access to Microsoft services on various Samsung devices (including phones and TVs), such as a subscription to Xbox Game Pass, and we can expect the two companies to continue strengthening their partnership in the coming years.