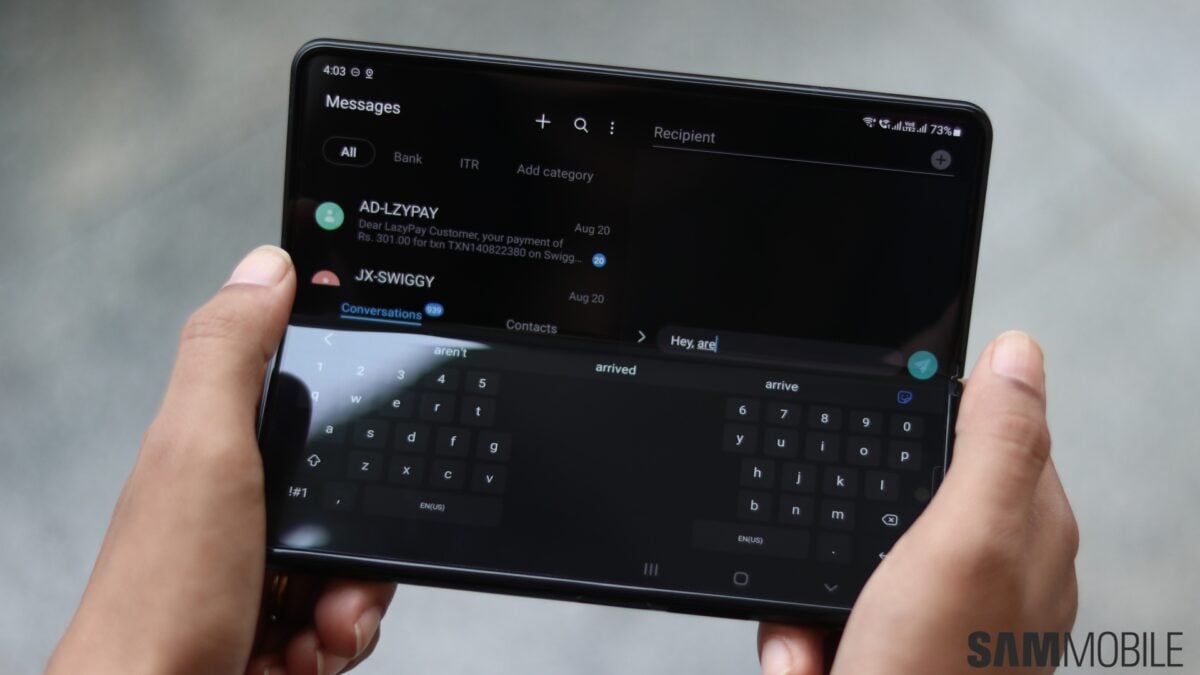 “I have an Android Galaxy Z Fold 3. I try different ones. With this screen, I can get by with a great portable PC and the phone and nothing else,” said Bill Gates on Reddit when asked what kind of phone he has.

Interestingly enough, Bill Gates doesn’t appear to be using a Microsoft Surface Duo to satisfy his Android OS needs. Then again, the Surface Duo has a hinge but lacks a foldable display, so it’s not nearly as exciting or technologically advanced as Samsung’s premium foldable phone.

What’s so great about the Galaxy Z Fold 3?

Although the Microsoft co-founder didn’t name any Surface devices, it makes a certain amount of sense for him to be using a Samsung smartphone. After all, the Korean tech giant and Microsoft have collaborated on many software features before.

Samsung Galaxy devices are the best match for Windows OS users thanks to the Link to Windows feature, as it allows PC users to run Android apps on their computers, check Gallery contents, and more.

As for the Galaxy Z Fold 3, this is arguably the best foldable smartphone available to date if you can look past the price, which Mr. Gates certainly can, considering that he’s one of the wealthiest persons in the world.

The Z Fold 3 offers high-end hardware, great software with One UI features designed for the foldable form factor, and of course, a beautiful 7.6-inch Foldable Dynamic AMOLED 2X display with a refresh rate of 120Hz. And let’s not forget Flex Mode — a characteristic unique to Samsung foldable phones.