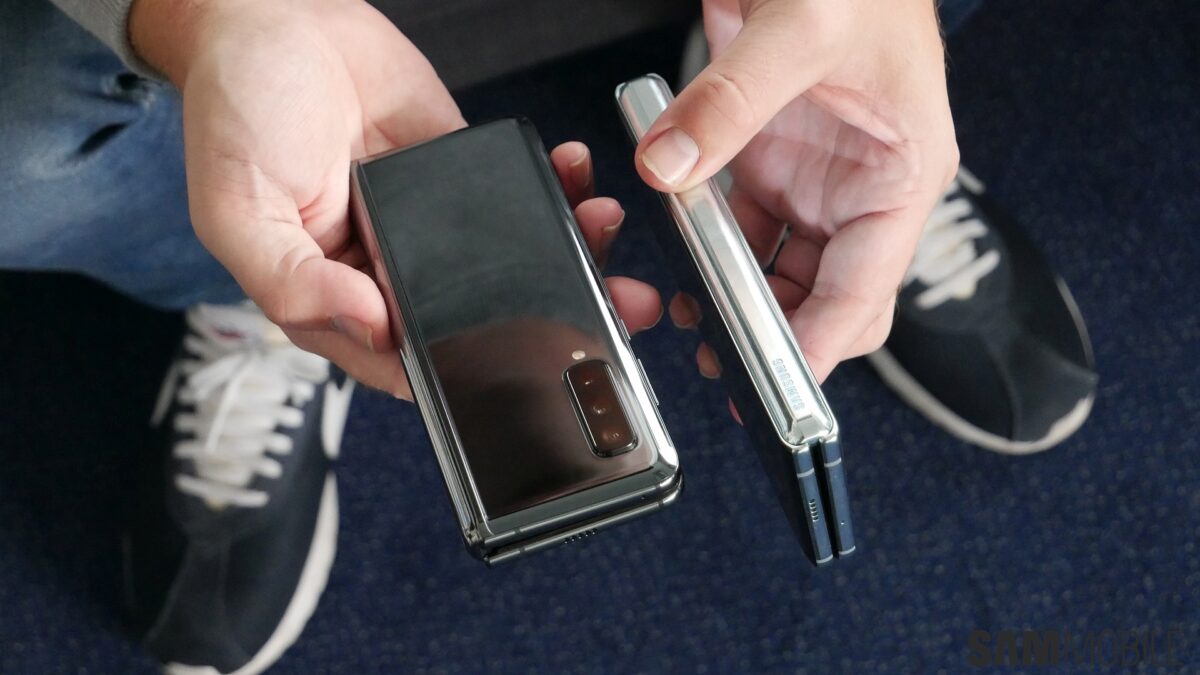 There’s considerable interest in the next foldable smartphone that Samsung is working on. New information related to the device’s battery has now surfaced online and it likely reveals a big clue about the Galaxy Fold 2’s design.

To be clear, it’s not confirmed as yet if this device is going to be launched as the Galaxy Fold 2. Samsung could decide to call it something else entirely. What we do know is that the device is codenamed “Bloom” and bears model number SM-F700F.

Much like the Galaxy Fold, this new foldable smartphone is also going to have two batteries. However, unlike the existing device which has two batteries of almost the same capacity, the capacities will likely differ significantly on the Galaxy Fold 2.

The Galaxy Fold has a combined battery capacity of 4,380mAh. Since it folds down the center, there’s a 2,135mAh battery in one half and a 2,245mAh battery in the other. Our friends over at GalaxyClub have discovered that the SM-F700F will feature two separate batteries with EB-BF700ABY and EB-BF701ABY part numbers. The EB-BF701ABY battery has a rated capacity of only 900mAh.

The other battery’s capacity isn’t known right now but one can wager that it will be significantly larger than this one. If Samsung were to go with two 900mAh batteries only, the device’s battery life would leave a lot to be desired.

So what does this reveal about the design? An earlier report suggested that Samsung is working on a foldable smartphone with a clamshell-like form factor, think of it as a modern take on the flip phone which would fold vertically. Bloomberg had reported that Samsung made mock-ups of a vertically folding phone and was now fine-tuning the design.

The final product could feature a 6.7-inch display that folds around a horizontal axis. There may also be a 1-inch display on the front which would show simple information when the device is folded shut. It’s possible that this 900mAh battery might sit behind the small cover display while the larger one would be placed in the other half.

Not a lot is known about the Galaxy Fold 2 at this point in time. We did find out that Samsung is going to make this device more widely available across the globe. It’s also expected to be cheaper than the $2,000 Galaxy Fold. Expect Samsung to unveil this device at some point early next year.