Like many other tech giants, Samsung has been investing heavily in Artificial Intelligence (AI) to secure its future. The company has made its AI ambitions abundantly clear on many occasions by stating its goal to make all of its products IoT-ready by 2020. But if you need something more than oral utterances to gauge its interest in AI, then a new report on AI-related patents may be of some help.

According to a report from the German market research firm IPlytics, Samsung has the third highest number of AI-related patents with 11,243 granted so far. Microsoft leads the pack with 18,363 patents, followed by IBM with 15,046 patents. Qualcomm and Google occupied the fourth and fifth spots, respectively. The report also states an overall surge in AI-related patents from 22,913 patents per year in 2008 to 78,085 in 2018, indicating increased interest and investment in AI across industries. 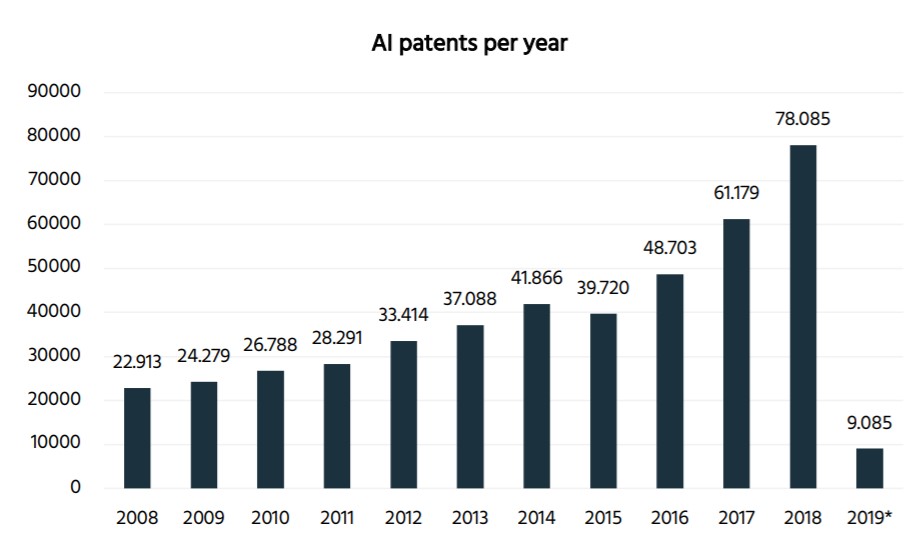 Of course, holding a stockpile of patents doesn’t automatically transform Samsung into an AI powerhouse, at least not until these patents are put to use. The fact that Google is placed fifth in the list despite dominating the AI space in the last few years is a testament to the fact that patent ownership is only a part of the equation.

Nevertheless, the report once again proves Samsung interest and commitment to AI. The Korean company has been consistently ranked as one of the highest R&D spenders globally, with a significant chunk of the investment going into AI. Unfortunately, its efforts haven’t yielded any substantial benefits for the consumers yet. The company’s Bixby assistant, its most prominent and ambitious AI offering till date, has failed to impress the market.