Galaxy Fold will be an absolute nightmare to repair

The forthcoming Samsung Galaxy Fold will be an absolute nightmare to repair, but not for the reason one would have thought. The 7.3-inch folding screen can be removed with ease, according to a teardown that surfaced on Weibo earlier this week; the front-facing 4.6-inch cover screen, however, is where the difficulty lies — with the component shattering during deconstruction.

To be clear, though: this isn’t a mainstream handset so the average repair shop wouldn’t be a wise choice to fix such an intricate unit should something happen to go wrong. The hinge mechanism, for example, consists of five main components and damage to one of them could render the device inoperable. And for that reason, it would be wise to let Samsung handle all maintenance. 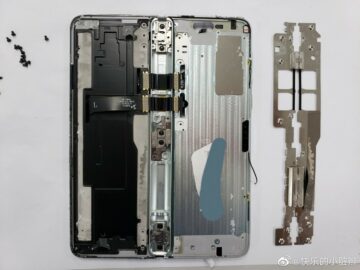 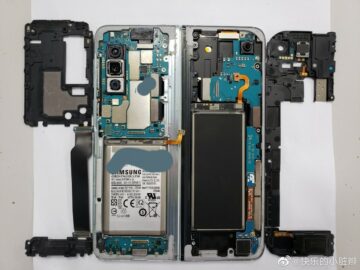 Don’t believe us? The mystery figure who disassembled the Galaxy Fold and shared the images on Weibo noted that the hinge contraption needs to be aligned with immaculate precision. Failure to do so could result in damage to the screen, the folding mechanism itself and other components, sending the already expensive repair bill through the roof. So… again, best leave all labor to Samsung. 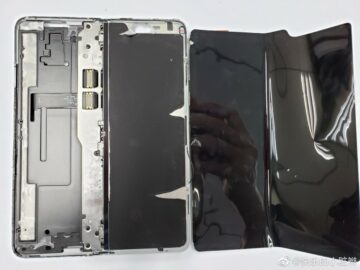 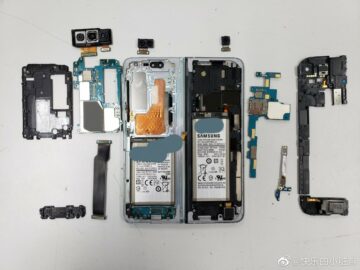 To reiterate, if you’ve shelled out more than $1900 on the Galaxy Fold, don’t attempt to try to save a few bucks by hiring a high street repair shop to do any required maintenance. If they do something wrong — and chances are they will — you could be left Fold-less. Oh, and breaking the seal and diving under the hood of the Galaxy Fold will likely render its standard 24-month warranty void.