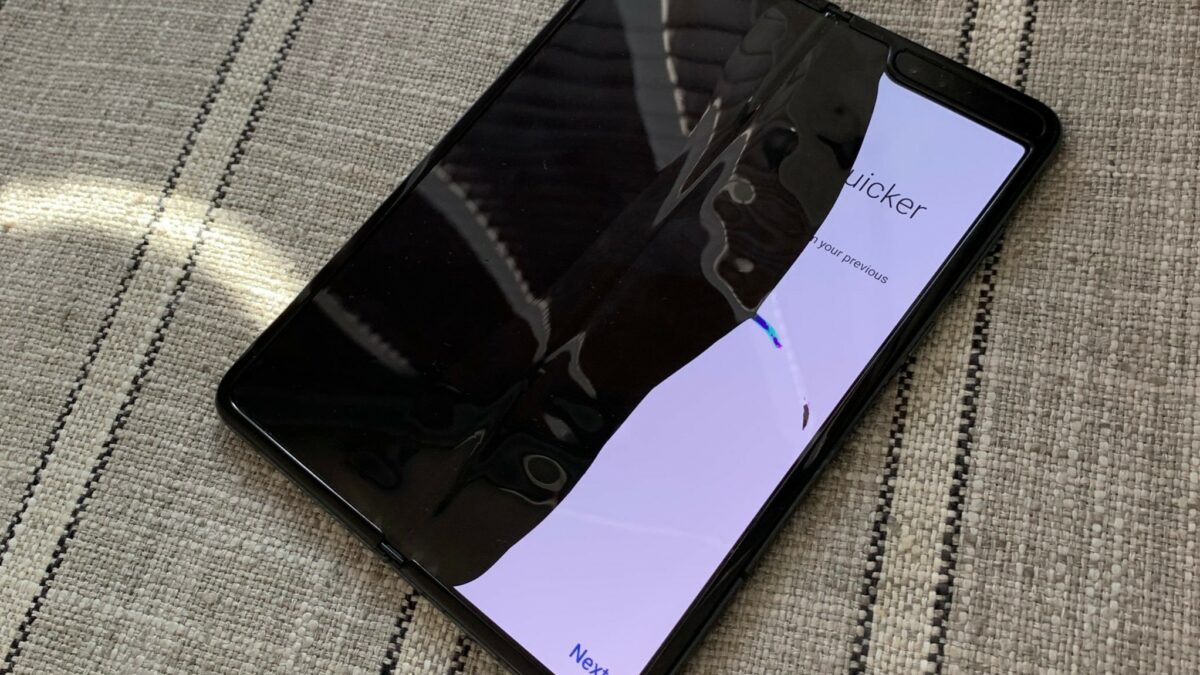 With the troubling reports of Galaxy Fold displays failing on review units, Samsung is going to have some busy days ahead as it tries to tackle the problem and fix things as soon as it possibly can, but it looks like the company may have prevented some of the issues ahead of time by simply placing a few more warnings about how important the preinstalled protective film on the Galaxy Fold display is.

Not every case of a broken Galaxy Fold display seems to stem from the removal of the protective film, but that film is important enough for Samsung to put a warning label on the device out of the box, saying that removing the protective layer may cause damage. However, a few more warnings wouldn’t have gone amiss. In fact, we gained access to Samsung’s repair guide that it hands out to its support center staff, and the guide makes the importance of the film clear quite a few times, as you can see in the screenshots below.

Dear future #GalaxyFold owners, I know I always say "No one ever read the instructions"… PLEASE READ THIS ONE!!!

(This is the wrap over the screen of the Galaxy Fold) pic.twitter.com/LuQPRfDZIE

But since this repair guide isn’t accessible to the public, those with a Galaxy Fold currently have only one warning telling them not to remove the protective film, and that may be a major oversight on Samsung’s part. Our Galaxy Fold didn’t come with a manual, but considering people don’t really read a product’s user manual, we believe the company should offer multiple push notifications about the film’s importance on the device itself, both when it is being set up and also a few times during regular usage. 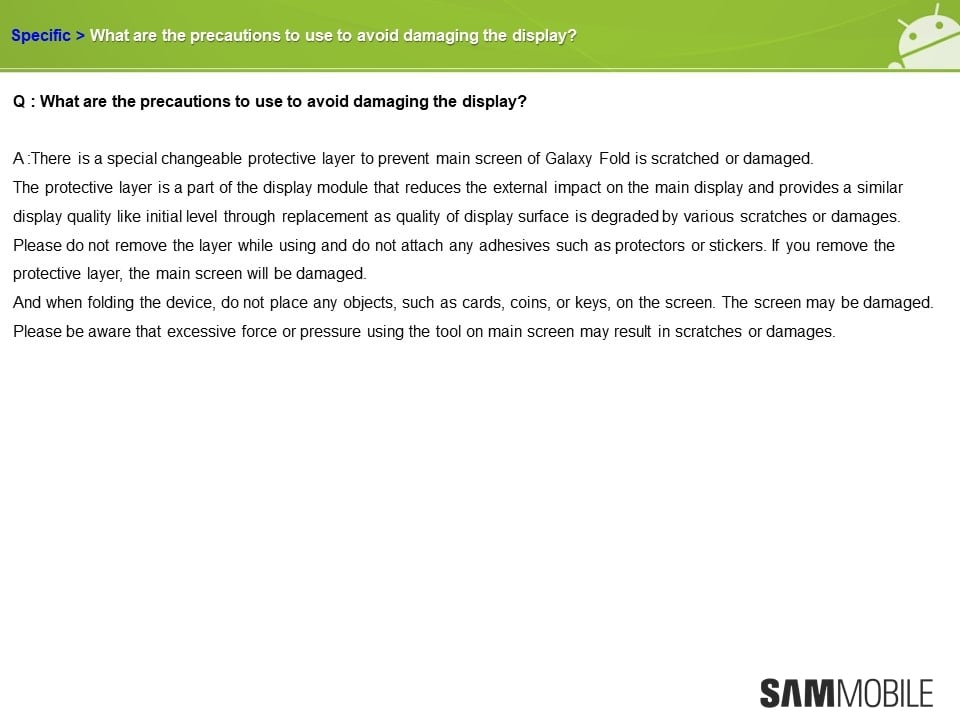 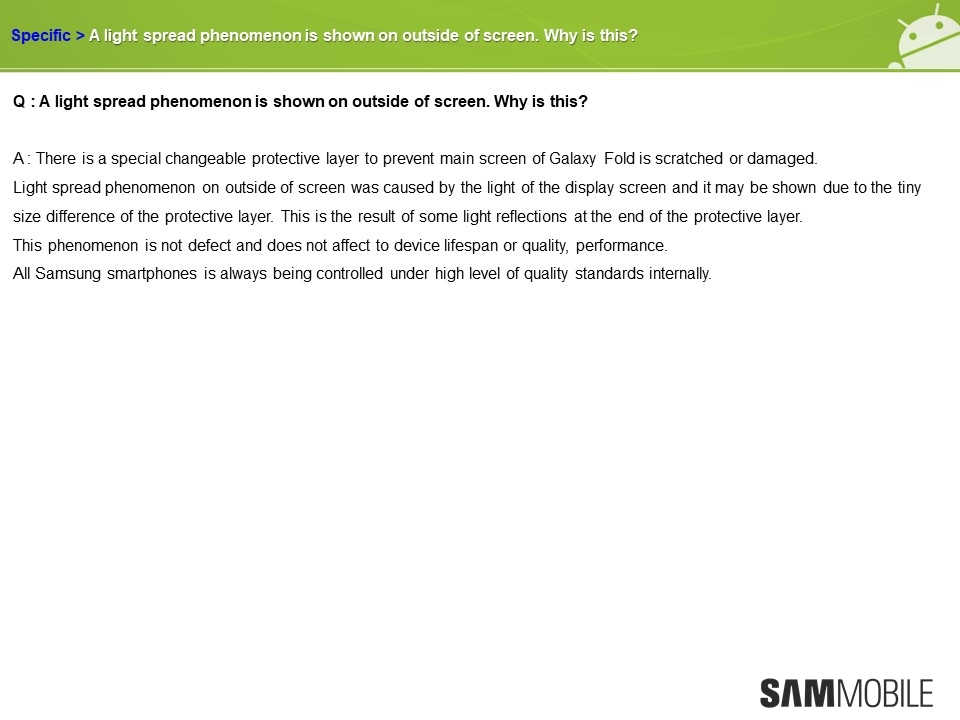 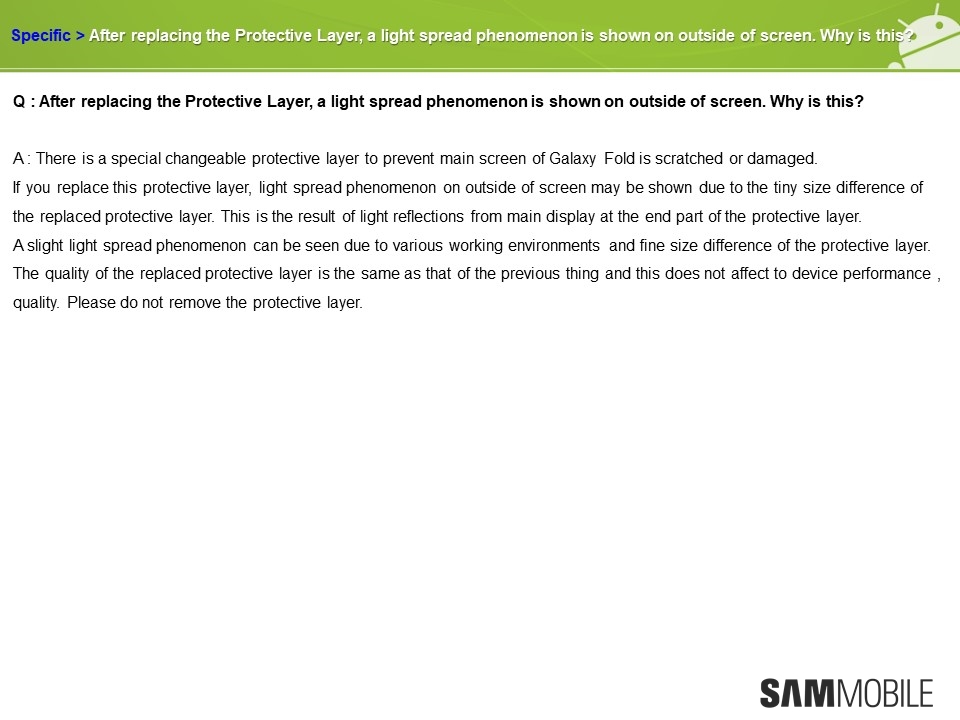 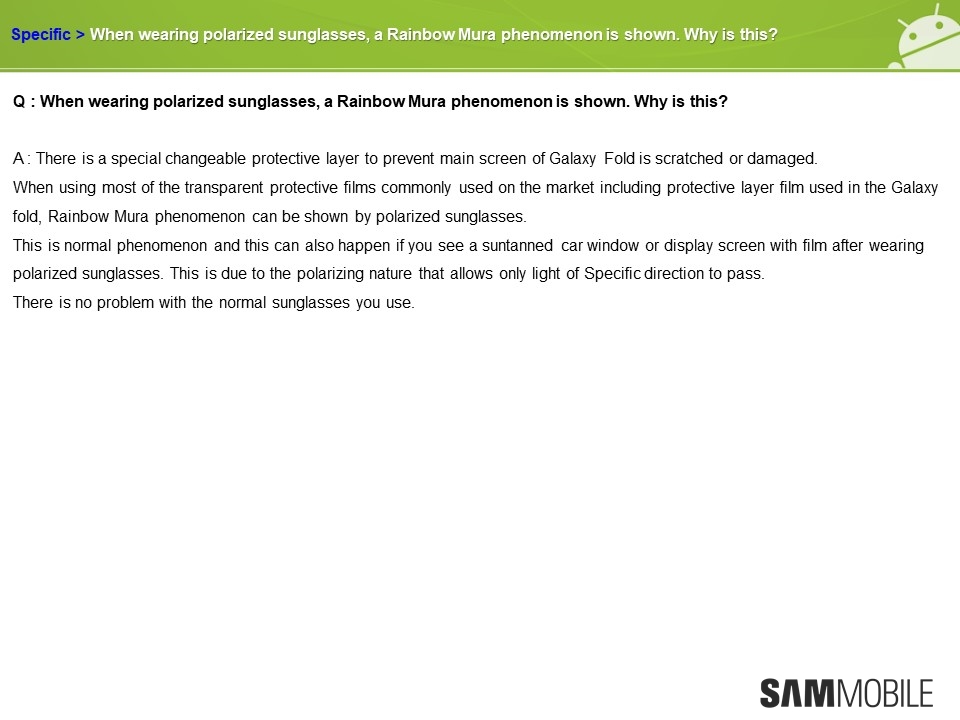 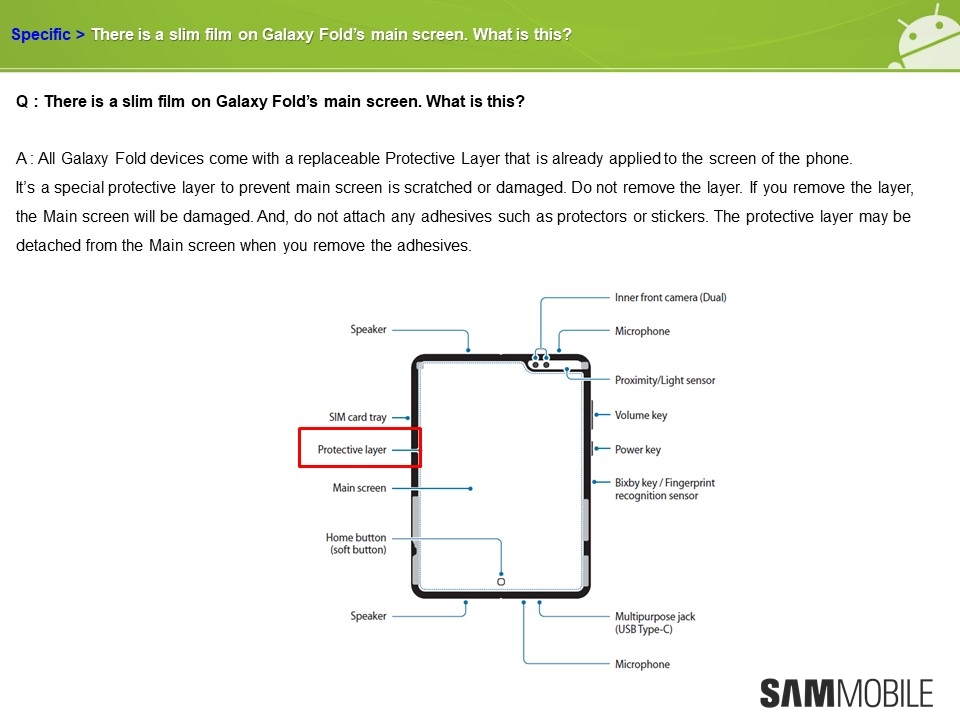 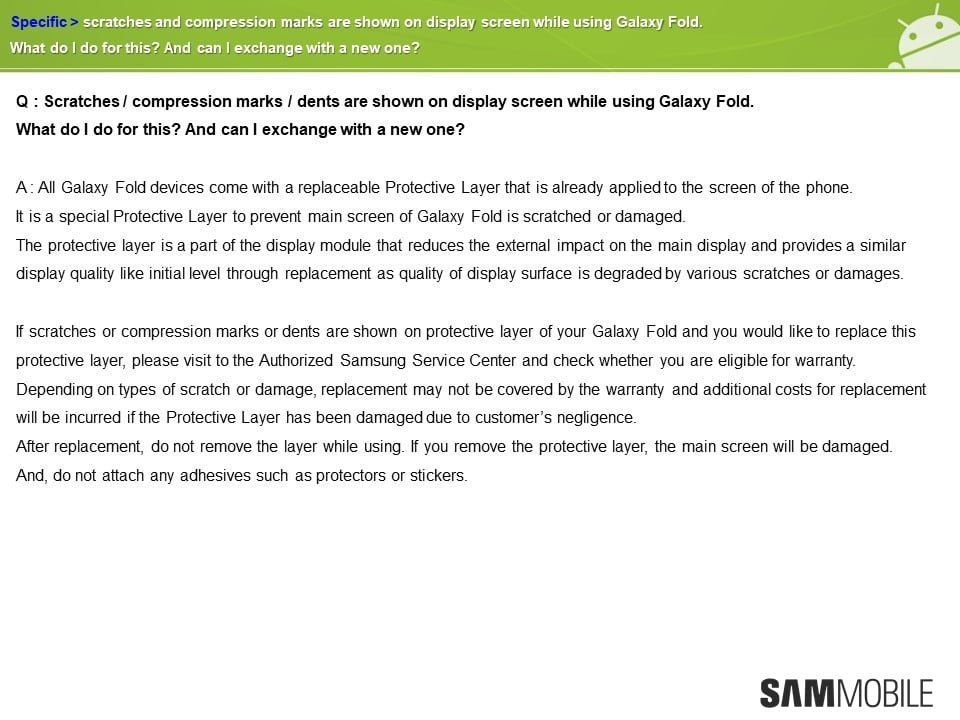