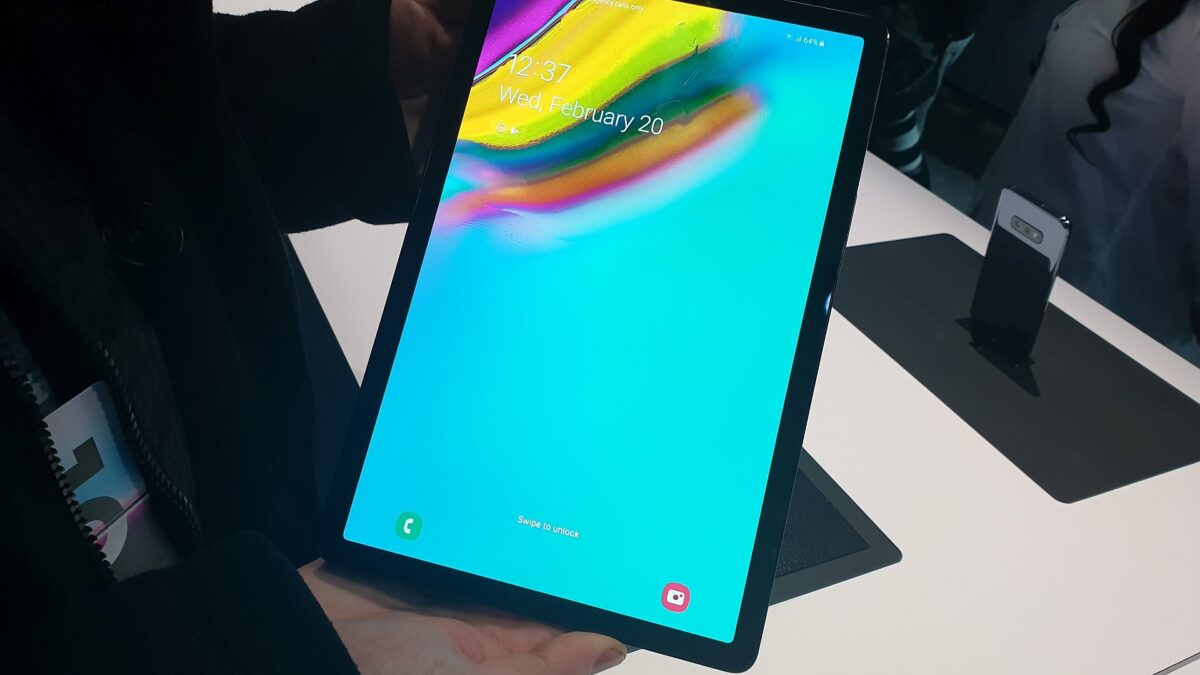 Samsung’s thinnest tablet to date, the Galaxy Tab S5e, will launch in Germany on April 23. The Wi-Fi model will cost 429 euros, while the LTE version is priced at 489 euros. Both variants will be available in black, gold and silver at all major local stores and the Samsung online shop.

An affordable tablet with an AMOLED display

As we concluded in our hands-on review, the Galaxy Tab S5e is an affordable tablet with a Super AMOLED display. This 10.5-inch tablet has just a 5.5 mm profile, making it the thinnest tablet from Samsung yet. And at 400 grams, it possibly is one of the most lightweight as well. However, despite its slim profile, you get a pretty decent device at just over 400 euros.

The Galaxy Tab S5e sports a 10.5-inch Super AMOLED display with a resolution of 1600 x 2560 pixels. Under the hood is a Qualcomm Snapdragon 670 CPU, coupled with the Adreno 615 GPU and 6GB of RAM. The Tab S5e features a 13MP camera on the back, and an 8MP front-facing camera for selfies. The fingerprint sensor is integrated in the lock button. The whole package is powered by a 7,040mAh battery, which Samsung claims is capable of running the device for up to 15 hours on a single charge.

There are some downsides as well, though. Firstly, it comes sans the 3.5mm headphone jack, which is understandable given its thickness. Also, the Galaxy Tab S5e doesn’t have an IP rating for dust and water resistance, just like previous tablets in the lineup.

Nonetheless, AMOLED tablets were never this cheap before. At 429 euros (489 euros for the LTE model), the Galaxy Tab S5e should be a good buy any day.