Samsung has had a good run with tablets. It’s currently the market leader for Android tablets amid an overall contraction in the tablet market. We went hands-on with the Galaxy Tab S5e at Samsung’s Unpacked event yesterday and here are our first impressions of the new ultra-thin tablet. 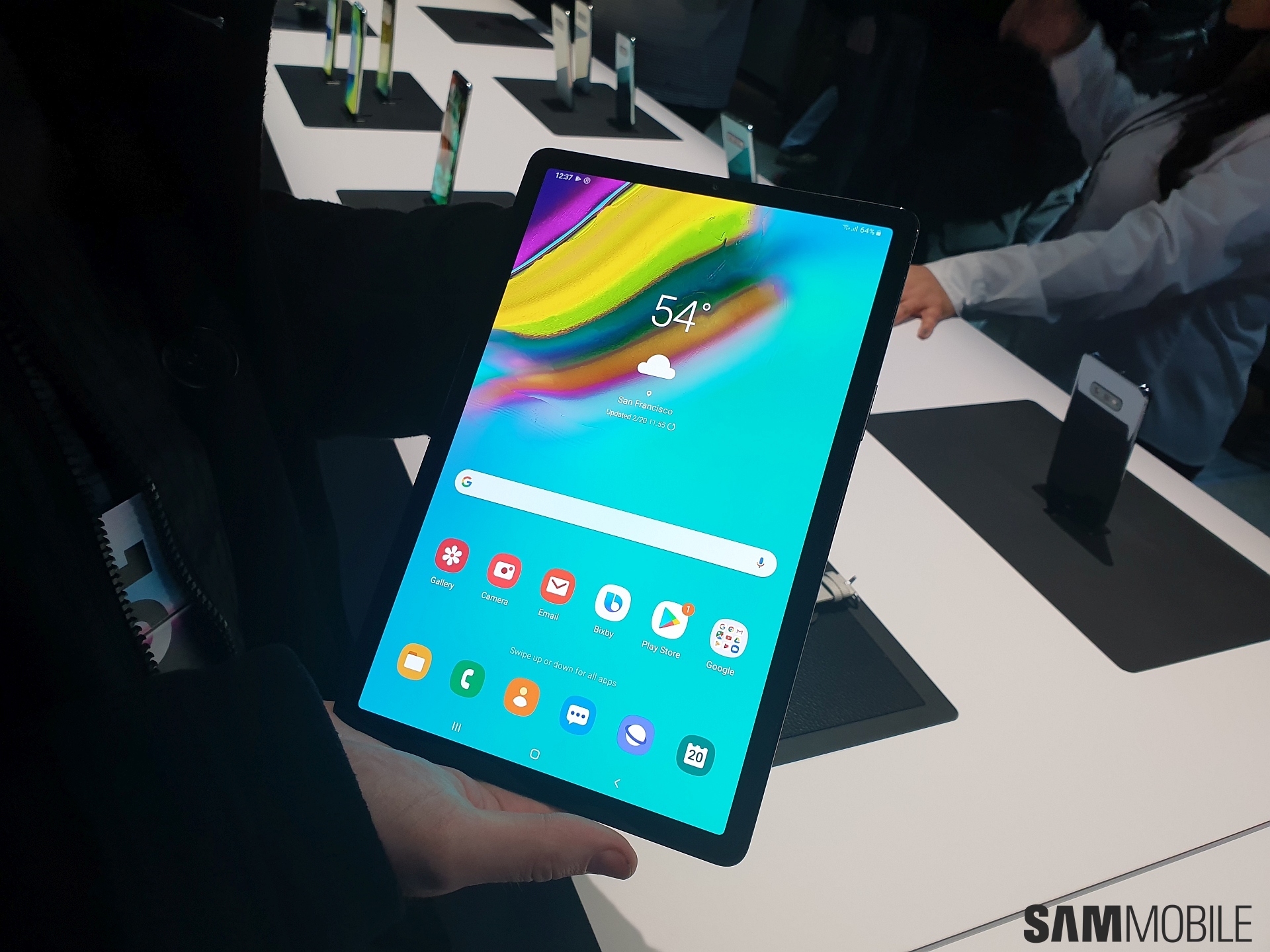 As we’ve pointed out earlier, the Galaxy Tab S5e is an incredibly thin tablet. It measures 5.5mm and weighs just 400g. You can feel how sleek and ultra-portable it is by holding the tablet in your hand. It gives you the feeling that you can probably just fold it, that’s how thin it feels in the hand. We had a similar thought about the Galaxy Tab S2 when it came out a few years ago. This is thinner and lighter than that tablet.

This slim figure wasn’t achieved without a casualty. Samsung made a polarizing decision to remove the 3.5mm headphone jack from this tablet. Some might feel it’s about time the company did this while others would say it should have kept the jack. Regardless of which camp you’re in, you’ll get a dongle in the box so you can use your headphones with the USB Type-C port. Or you could just opt for wireless earphones; Samsung launched the new Galaxy Buds just yesterday. 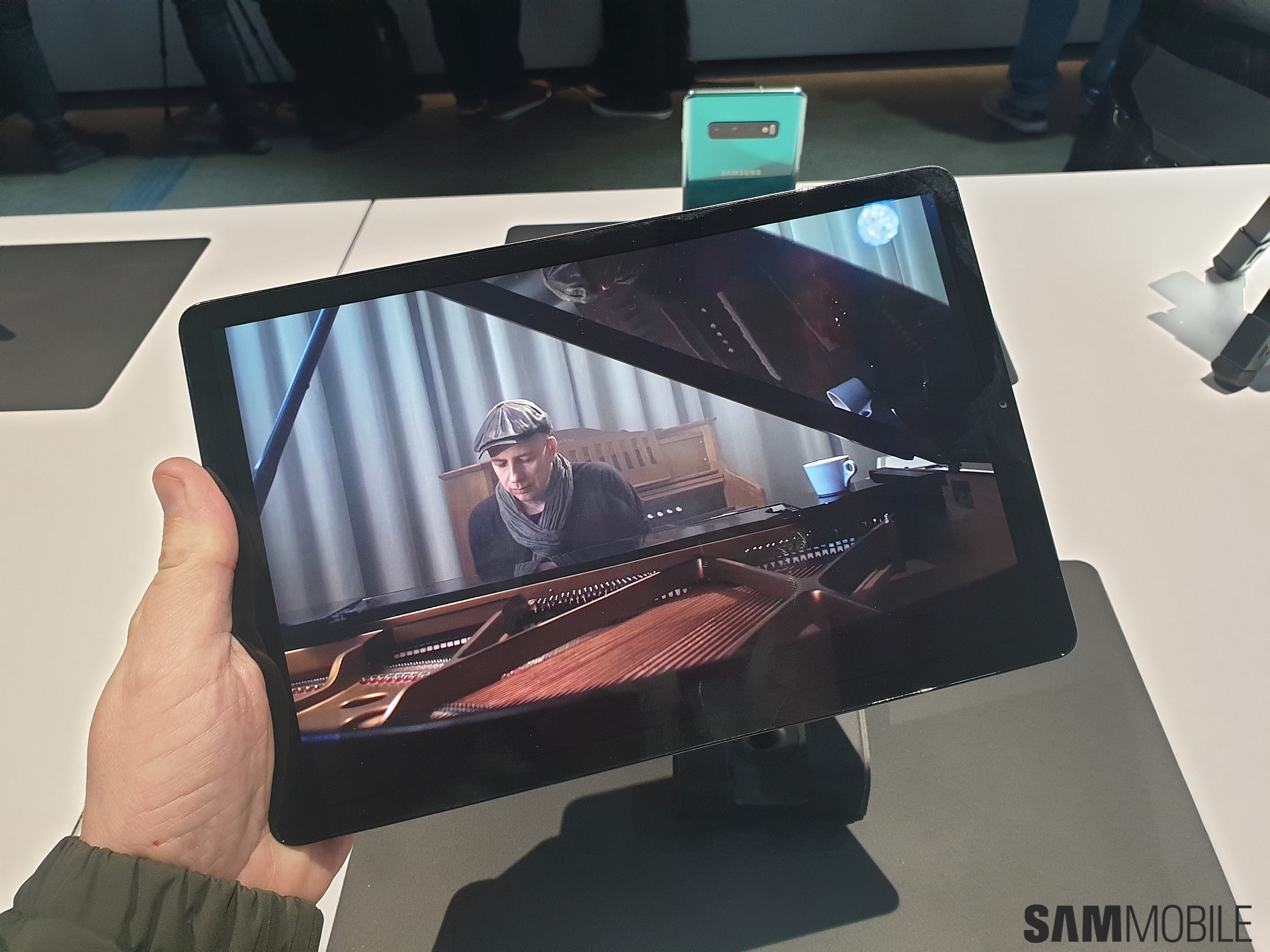 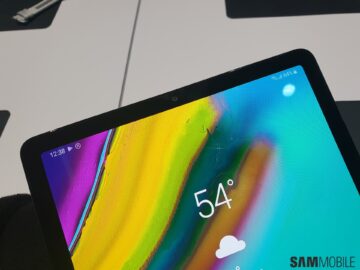 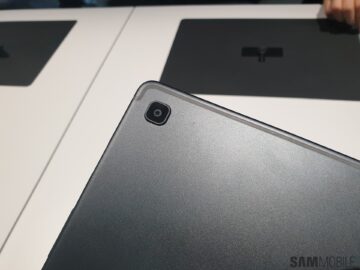 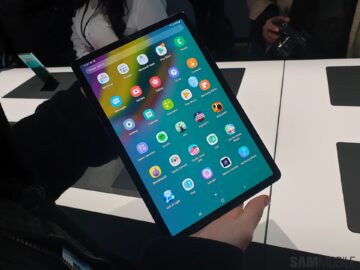 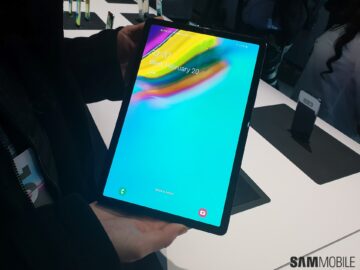 There are no other significant changes on the design front. The Galaxy Tab S5e has a rear camera without flash and a front camera. The buttons are where you’d expect them on the sides. Samsung did integrate a fingerprint sensor in the lock button which works pretty well. There are some downsides, though. The Galaxy Tab S5e isn’t part of the Galaxy Foundation. What that means is that it doesn’t have an IP6x resistance rating. But we can’t fault the 10.5-inch OLED display, particularly when it’s being offered at this very attractive price tag. 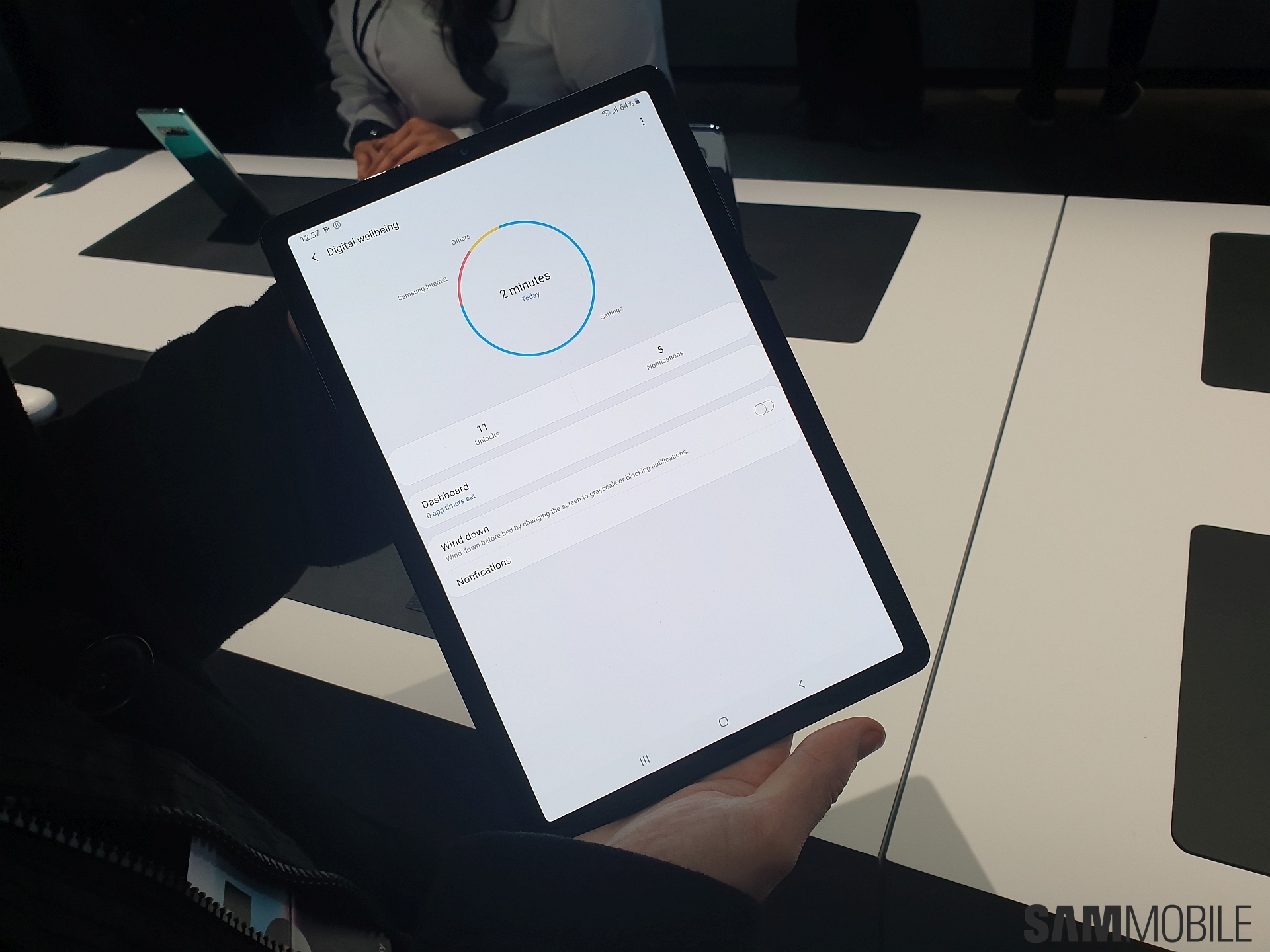 Samsung will ship the Galaxy Tab S5e with Android 9.0 and One UI 1.1. It’s great to see that Samsung is bringing its new UI to tablets as well. We’re holding out on hope that the company will roll out One UI for existing tablets as well. One UI 1.1 brings Samsung’s iteration of the Digital Wellbeing features that Google introduced with Android 9.0. We found in our brief time with the device that the features work as intended. Other than that, it’s business as usual on the software front. One UI really does make the system look very nice and the overall software experience felt stable as well. 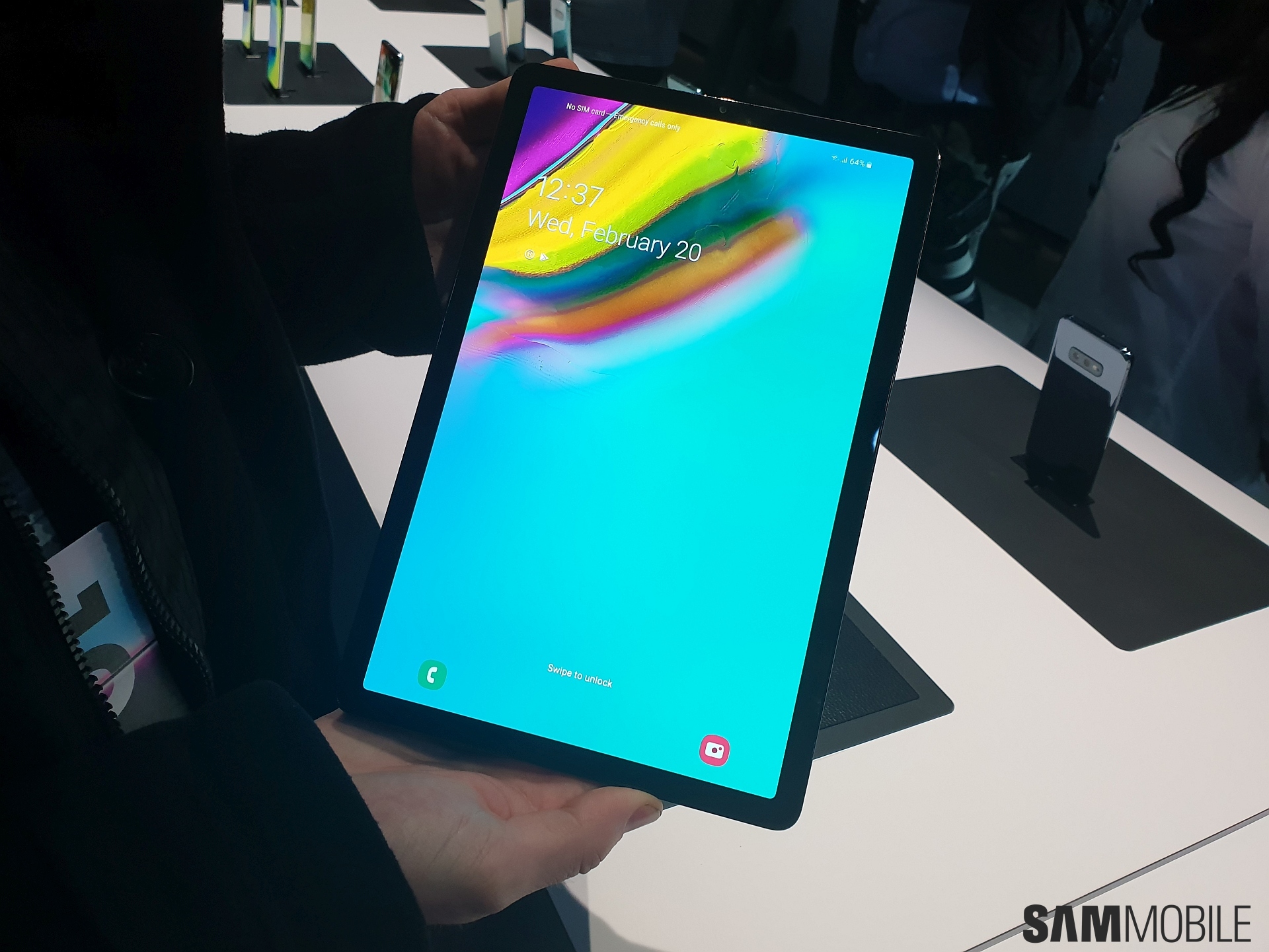 Our conclusion after the hands-on is that this is a really awesome tablet even though it may not appear to be special on paper. It’s very thin and light for a tablet with a 10.5-inch OLED display. That’s what makes it an incredible package when you consider the fact that you get a tablet with an OLED display for just over 400 euro. OLED tablets were never this cheap before.

Stay tuned for our full review of the Galaxy Tab S5e. We’ll have it up in the coming weeks.