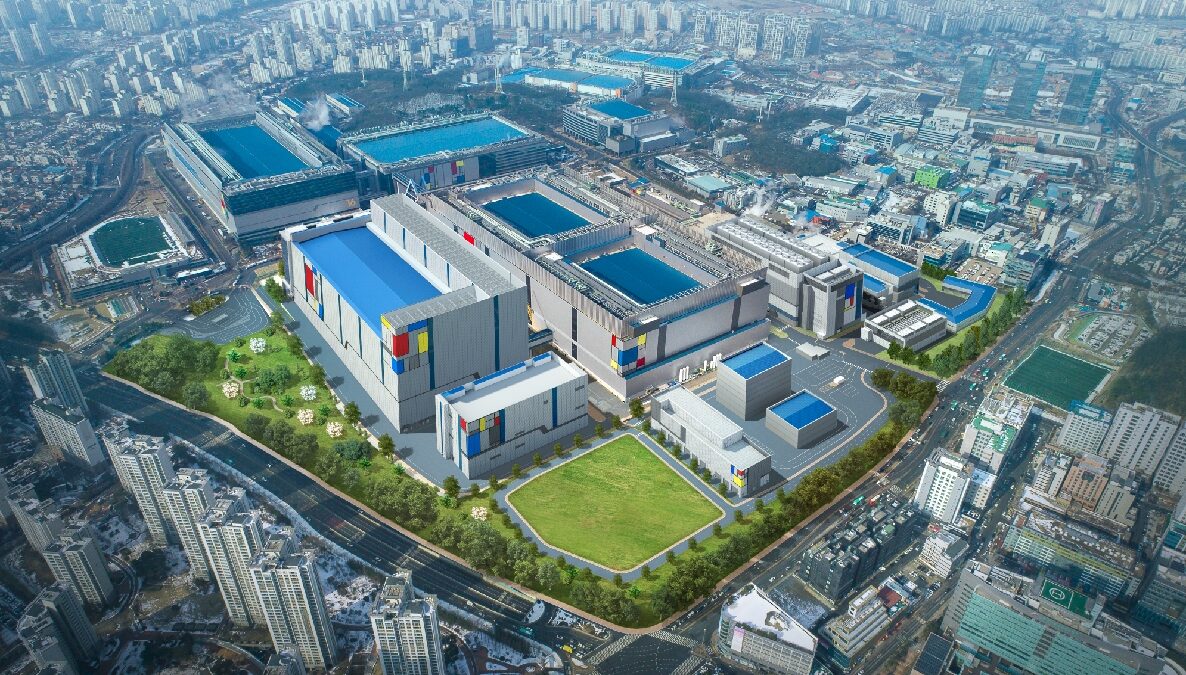 Samsung has announced that its has completed development of a 5nm semiconductor process using its extreme ultraviolet (EUV) technology. Compared to its EUV-based 7nm process, the new 5nm process will make chips 25 percent smaller and 20 percent more power efficient.

Samsung started the mass production of its 7nm process earlier this year. The company has already provided commercial samples to its customers, who will now be able to reuse their 7nm intellectual property rights to 5nm. This enables a shortened 5nm product development time, along with reduced migration costs. Samsung hopes to begin the commercial production of the new process sometime in 2020. The South Korean tech giant also has a 6nm process in the works. It will go into mass production by the end on this year.

Samsung currently manufactures its EUV-based process technologies at the S3-line in Hwaseong, Korea. The company will be expanding the production to a new EUV line in Hwaseong next year. The new production plant is expected to be completed by the end of 2019.

Samsung has been lately focused on the non-memory chip and foundry business in a bid to resurrect its declining profits. The company recently began mass production of its 5G network chips and is now proving its industry leadership with the new 5nm process nodes.

The Pixel 6 and the Pixel 6 Pro are Google’s first smartphones with its in-house Tensor chipset. However, the chip is not entirely designed by Google, and the company had a lot of help from Samsung’s semiconductor design arm. A new report shows how dependent Google was on Samsung for its first processor. The folks […]

Samsung is the second-biggest contract chip manufacturer globally, and its current best fabrication process is 5nm LPE. The company was expected to start manufacturing chips using its 3nm technology later this year. However, the plan seems to have been delayed by one year, and the company now expects to start the mass production of 3nm […]

South Korean President Moon Jae-in attended a White House summit with US President Joe Biden earlier today, and the main topics of conversation were the ongoing semiconductor shortage and the Biden administration’s plans to establish a strong local chipmaking infrastructure with the help of companies like Samsung. On the other hand, Reuters reported today that the […]

Samsung has finally decided where it will build its new EUV semiconductor manufacturing facility on US soil. The company reportedly had a choice between the states of Texas, Arizona, and New York, with each offering incentives for tech giants who’ll end up contributing to building the local chip-making infrastructure. And according to the local media, […]

Samsung may have lost the race for acquiring EUV equipment to TSMC, but the battle is not over yet. The Korean government has seemingly jumped to Samsung’s rescue earlier this week when the Ministry of Trade, Industry and Energy told the local media that ASML is looking to invest 240 billion won ($212 million) in […]

Samsung had confirmed earlier this year that it would launch a new Exynos processor that will use AMD’s Radeon GPU. The company has been in collaboration with AMD for the past two years to develop a powerful mobile GPU that is better than ARM’s Mali series. However, it wasn’t clear if the processor would be […]