It’s no secret that Samsung’s working on a handset with a pop-up camera, though it would seem the mechanism itself is a lot more intricate than originally thought. What we mean by that is that there’s a dual-camera built in that rotates, after extending, to cater to the front of the device.

At least, that’s according to a 3D render that surfaced on April 4, showcasing the ever-so-complicated camera setup — which was later corroborated by esteemed Samsung tipster Ice Universe, who has a remarkable record when it comes to being a proverbial fly on the wall in the firm’s China HQ.

The camera has two main motions: it’s mounted on a frame that slides up when the front-facing camera is toggled, then the smaller camera module itself flips around from the rear of the handset, once the frame has finished extending, to focus on what’s happening on the user-side.

That may sound all well and good, but in reality, it’s just another thing that can go wrong. A moving component, regardless of the device it’s being used on, is more likely to fail than a static one — and there are two on this unit. If just one fails, the front camera is rendered non-existent.

It will be known as the Galaxy A90

Sometimes it’s best to stick to the basics, and that’s what Samsung is said to have done for the rest of the handset, which has been dubbed the Galaxy A90. It’s believed to feature a 6.7-inch screen, an unannounced Snapdragon 700-series CPU, a minimum of 6GB of RAM and a 3700mAh cell. 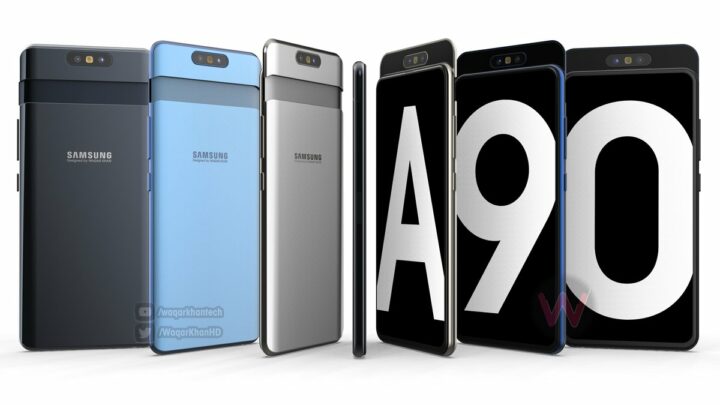 I had the chance to try out the Vivo Nex, another smartphone with a pop-up camera, and it worked well for the most part; though the motor was a little too slow for face recognition, so I’m not sure how the Galaxy A90 will fare as it has to both extend the frame, then flip the camera around.

Still, mounting the front-facing camera on a retractable fixture is one way to achieve the all-screen appearance Samsung so desperately craves — so one could assume it’s some sort of preliminary test to see how the market reacts in anticipation of a launch on a flagship device.