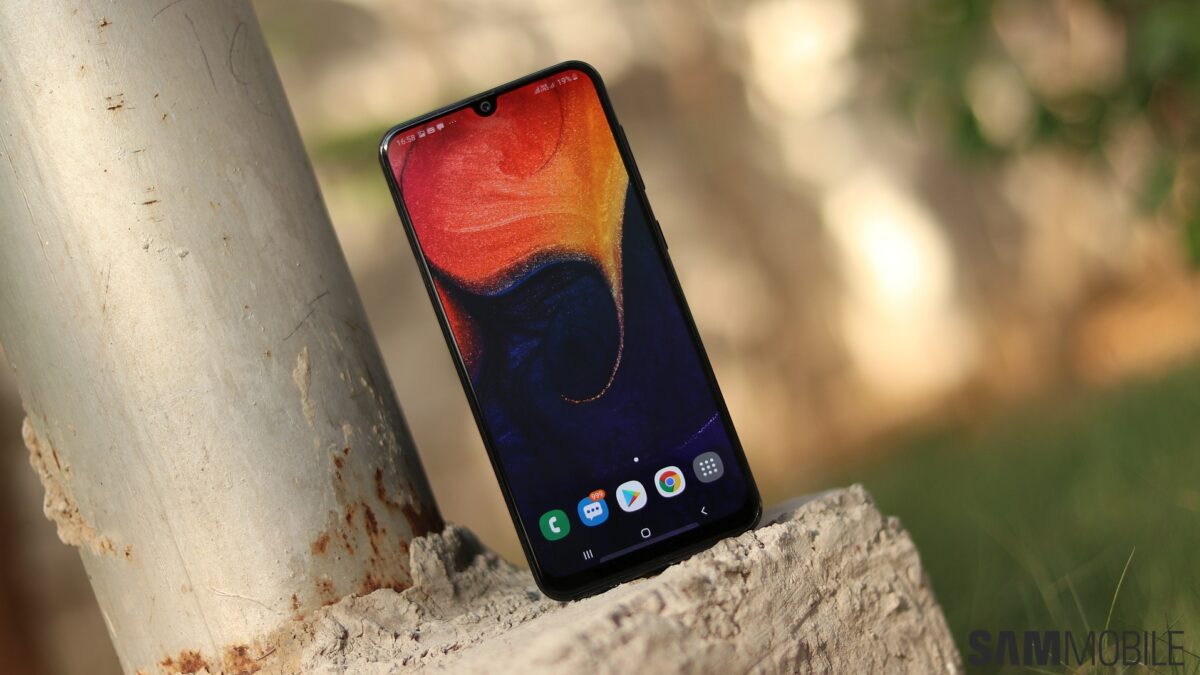 Samsung has made some serious progress on eliminating the intrusive screen cut-out that’s become synonymous with modern smartphones, it seems. Information obtained by notorious industry whistleblower Steve Hemmerstofferr, the forthcoming Galaxy A90 is Samsung’s first handset to feature an Infinity Display that’s all screen — there isn’t a notch, or anything of the sort, in sight.

To circumvent the trouble it’s having baking the camera into the screen, Samsung introduced a pop-up mechanism on the Galaxy A90, according to recent reports. It’s said to work in a similar way to that of the Vivo Nex, emerging when it’s required for authentication or to take a snap. Samsung has taken it one step further, though: the module can be twisted to flip the camera to the back.

You’d think with all those extra sensors, there’d be a large amount of dead space surrounding the mammoth 6.73-inch screen — but that doesn’t appear to be the case. The pop-up camera module is mounted atop the handset, so there’s nothing interjecting the screen; there’s just a 1.2mm bezel running around the top and both sides, and a marginally larger 3.6mm chin at the bottom.

An image of a screen protector for the handset surfaced on March 24, seemingly corroborating the above. What’s interesting, however, is the omission of a cut-out for an earpiece speaker in the space above the screen, hinting that Samsung opted for some sort of Crystal Sound-like solution, which sends sound waves through the screen; eliminating the need for a front-facing speaker.

Then again, the resolution of the image isn’t the best we’ve seen — as is always the case with leaks — so it’s hard to discern whether it’s there or not. If it’s missing, there could be a more simple explanation: sometimes manufacturers create preliminary versions of their accessories to check they’re the right shape and size before they start focusing on the minor details.

It’s rumored to launch on April 10

The Galaxy A90 is tipped to launch at the start of April. It’s believed to feature an all-new, unannounced Snapdragon 700-series CPU, known as the Snapdragon 7150, a minimum of 6GB of RAM and a 3700mAh cell, complete with 25W Adaptive Fast Charging, and Android 9.0 Pie. And with those internals, it’s no surprise that it’s tipped to sit beneath the Galaxy S10e in the firm’s range.