Samsung’s yet-to-be-revealed Galaxy A20(e) will have a rather modest 3,000 mAh battery capacity. This is far less than that of the recently launched A10, A30, and A50, hinting at a more compact form factor.

From the guys over at Galaxy Club, we get a glimpse of the Galaxy A20’s power source. The battery, sporting model code EB-BA202ABU, is shown in a picture obtained from the Korean RRA. We can just make out the 3,000 mAh typical capacity, which seems to translate to a 2,920 rated capacity. 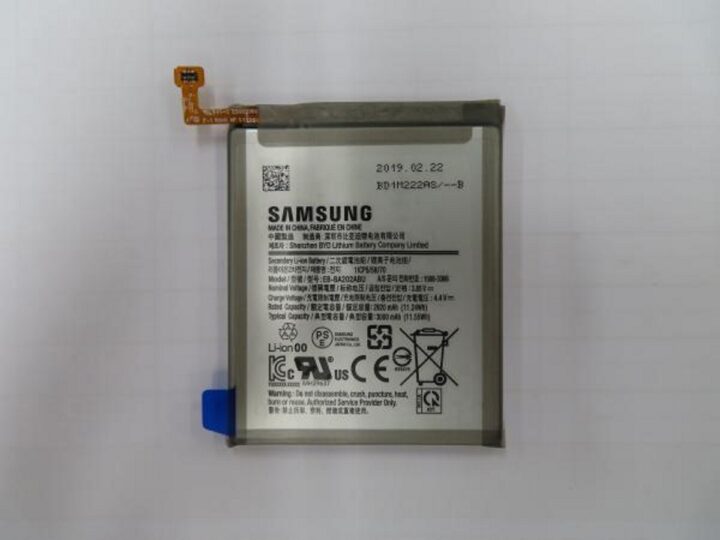 In comparison to the recently launched Galaxy A10 (3,400 mAh), A30 and A50 (both 4,000 mAh), the Galaxy A20 packs a rather modest battery. In fact, it is rather comparable to the 3,100 mAh battery of the Galaxy S10e, which happens to be the only sub-6-inch device here. Though it remains to be confirmed, the Galaxy A20 just might turn out to be the smallest device in Samsung’s new A series.

Of course, we should point out that it remains to be seen how exactly the Galaxy A20 and A20e compare to each other. Its European release confirmed last week, the Galaxy A20e is assumed to be carrying model code SM-A202F. The A20 comes under model code SM-A205FN. We do not know yet how these variants are comparable in terms of hardware and size, although benchmarks suggest the differences are likely to be minor.

So far, Samsung has launched the Galaxy A10, A30 and A50 in a number of markets. The Galaxy A20 is set to be part of the second wave of A series devices, accompanying the Galaxy A40, A60, A70, and A90, later this spring. We expect the Galaxy A20’s pricing to be as modest as its battery capacity. After all, even the much better spec’d Galaxy A50 is still quite affordable.