Samsung has now announced the Galaxy A10, A30 and A50 in several countries, and shown of the latter two during the Mobile World Congress in Barcelona. But more models in the A series are nearing release, with the Galaxy A40 possibly leading the next wave of A series devices.

Galaxy A40 coming to Europe

On Samsung’s German website, the first Galaxy A40 support page confirms our earlier reports about the device coming to, amongst others, that country. Despite the fact its existence has been known for quite some time, not many details about the A40 have so far emerged. Aside from a handful of basic specifications – Exynos 7885, 4GB RAM, Android 9 – we do not know much about its display size, nor about the cameras, fingerprint sensor or battery. 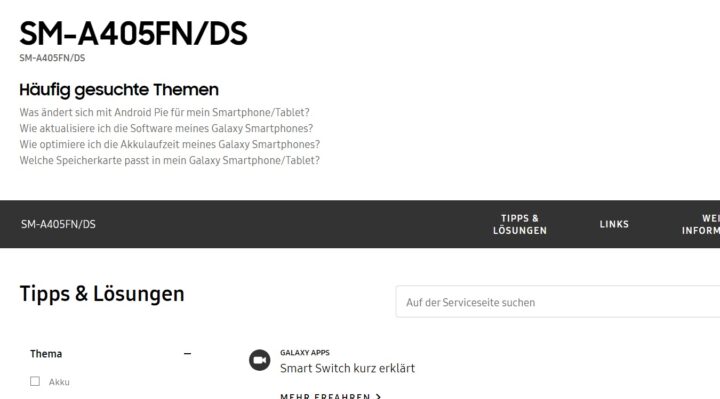 One thing that the few known tidbits do make clear, is that the Galaxy A40 will sit just a step below the A50 in Samsung’s new mid-range line-up. Therefore, we do expect it to come with a European price tag that is even friendlier than that of the Galaxy A50 which will initially sell for €349.

Release-wise, we expect the Galaxy A40 to hit stores across Europe sometime this spring, possibly together with a few more phones in the same series. After all, we know the Galaxy A20 and A70, too, are on their way to various markets, as well as a Galaxy A90. It is safe to say Samsung is serious about its offensive to (re)conquer the globe’s affordable smartphone markets.

For now, do not forget to check out our hands-on preview of the already-launched Galaxy A30 and A50.