It looks like Samsung has a few Galaxy S10 quality control issues that need to be taken care of. The 6.1-inch Galaxy S10 is supposed to have 8GB of RAM on all models, but it seems some units may be showing 6GB of RAM on the device. Samsung US’ official pages for the phones are also incorrectly listing 6GB of RAM on the Galaxy S10, especially for carrier-locked models, although a representative has confirmed to Android Police that the company will fix the information on its website.

It’s unclear how widespread the issue of the phone itself showing just 6GB of RAM is at the moment. A Reddit user has posted a photo of an S10 that has only 6GB of RAM, but there’s not a lot of evidence otherwise. And while it’s not common for phones to wrongly report the amount of RAM, Samsung is likely to fix the issues closer to the S10’s release date next month through a software update. If it’s a hardware-level issue, such as a few units having somehow been produced with lower RAM, Samsung will no doubt replace those faulty units for consumers.

Of course, it’s possible the retail units that make their way to customers will not have this problem at all. We’ll just have to wait and see how it pans out. And it’s best to place a pre-order even if you are a bit skeptical, as Samsung is offering some interesting pre-order bonuses, such as free Galaxy Buds and considerable trade-in discounts. 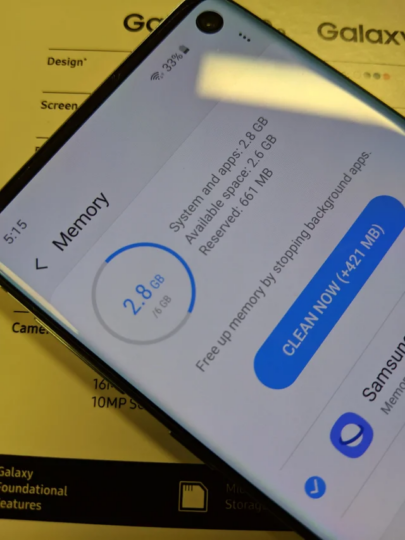 Thanks for the tip, Thunder Roid!