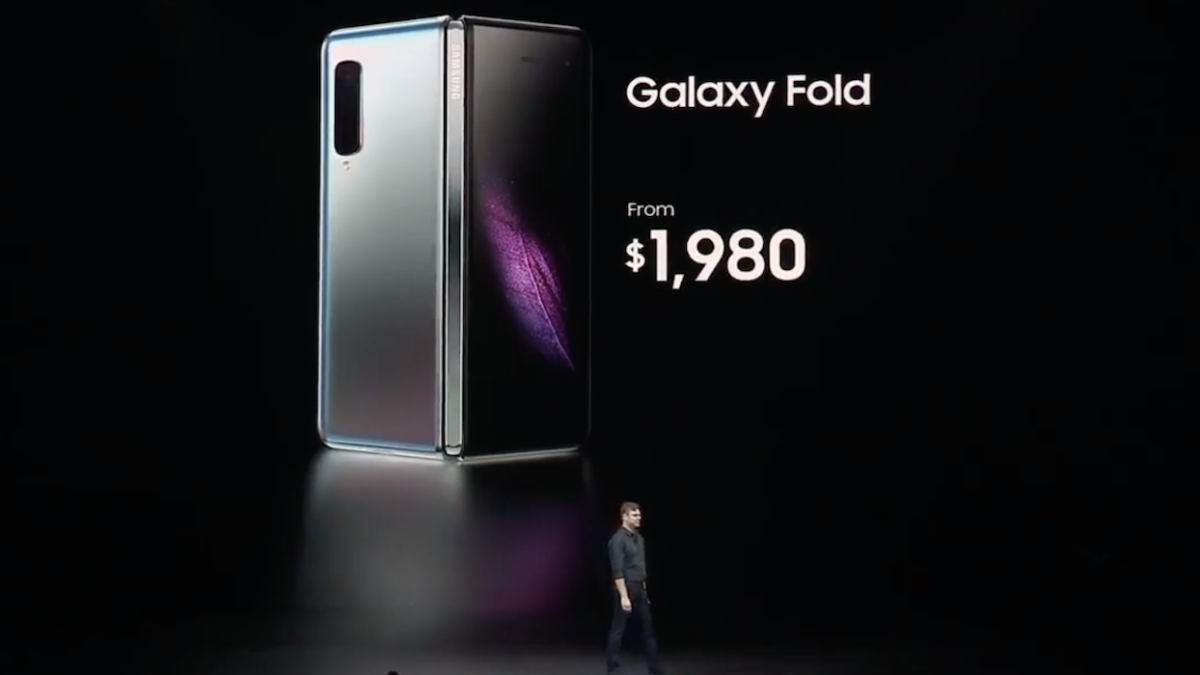 Samsung has finally unveiled its foldable smartphone today at its event in San Francisco. The company has also confirmed the details that we were most looking forward to. It has confirmed today that the Galaxy Fold is going to be released on April 26.

It was expected to be an expensive device and the Galaxy Fold has live up to that expectation. Samsung has confirmed that the Galaxy Fold price is going to start at $1,980.

The Samsung Galaxy Fold is the first foldable smartphone from Samsung. It is the culmination of 8 years of research and development from the company. Samsung unveiled it at the Galaxy Unpacked event in San Francisco today. It actually kicked off the event by unveiling the Galaxy Fold.

Samsung’s Justin Denison mentioned on stage that the Galaxy Fold is powered by a 7nm processor, most likely the Snapdragon 855, with 512GB of internal UFS 3.0 storage. It comes with 12GB of RAM and runs Android Pie out of the box. Samsung had confirmed at SDC 2018 that the foldable smartphone is going to have a 4.60inch 840×1960 pixel resolution cover display and a 7.3-inch 1536×2152 pixel resolution Infinity Flex Display.