Samsung patents new design for a foldable phone, tablet and an all-in-one desktop

Samsung was granted new design patents for a couple of foldable electronic devices today. The patents, granted by the United States Patent and Trademark Office (USPTO), covers design for a foldable smartphone and a foldable tablet. Samsung has also patented a new design for an all-in-one desktop.

As usual, these design patents don’t reveal any information about the devices. We just get to see simple graphical visuals of what could be coming down the line.

The first design patent granted by the USPTO today is for an out-folding smartphone. The device carries two separate displays attached by a hinge. Since it folds outwards, users can partially unfold the device and place it on a flat surface, creating two different fields of view. This way, two different users can operate on the device at the same time. The second design patent is for a foldable tablet which folds inwards. The tablet can be folded into a smartphone-sized device. The idea is to give the user a large display and at the same time, make the device portable enough to carry it in a pocket. PatentlyMobile says there was also a longer device design which they could’t translate into a graphic. They speculate it to be another foldable tablet design. 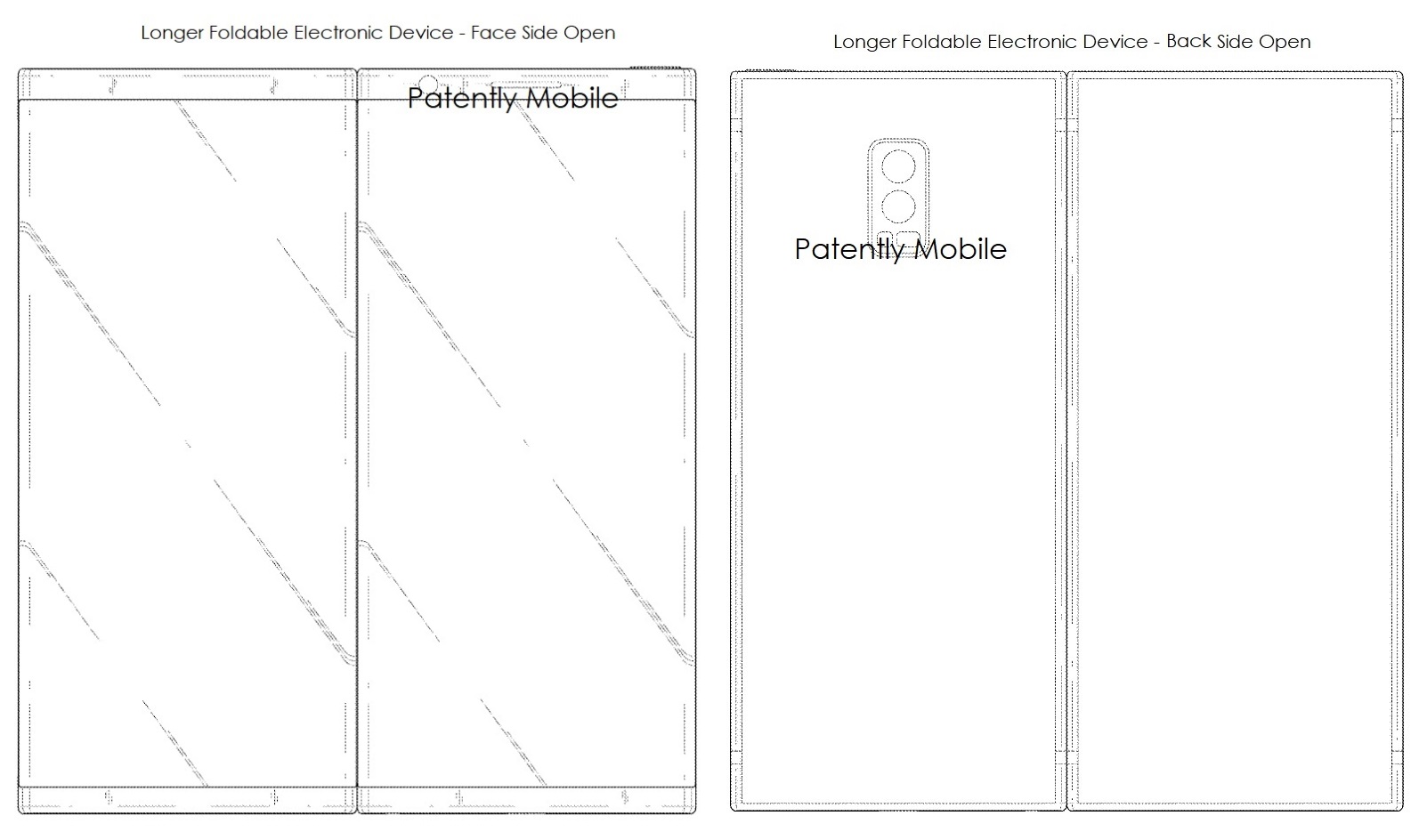 The USPTO also granted Samsung a design patent for an all-in-one desktop. It is a screen attached to a small rounded box, which should house the CPU components. It is worth mentioning here that design patents don’t always turn into real products, and there is no guarantee that any of these patents will do either. So don’t put too much hope into any of these. 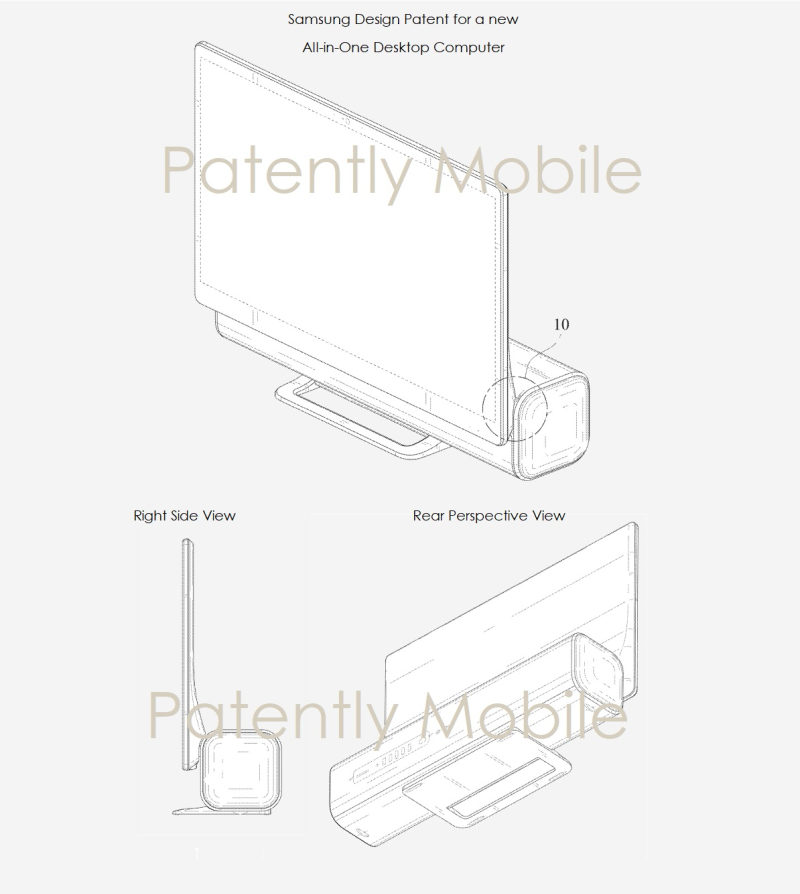