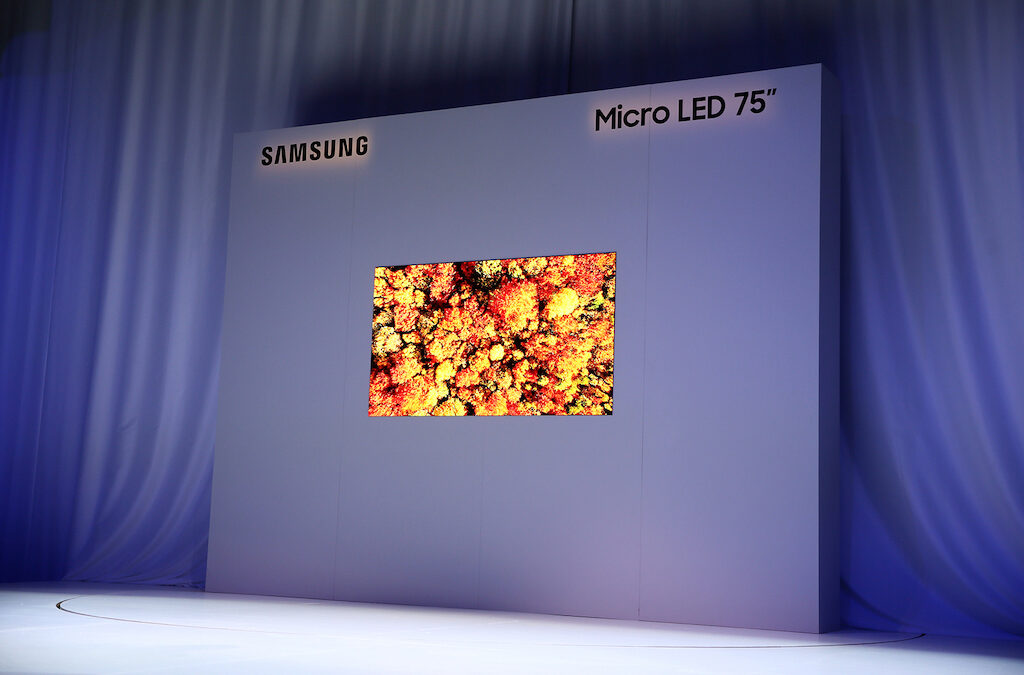 Samsung unveiled its first “The Wall” MicroLED TV at CES last year. It was massive, measuring in at 146-inch, with self-emitting MicroLEDs that are smaller than existing LEDs. It’s a modular setup so users can customize the TV’s shape and size as per their preferences.

That size wasn’t really meant for the home, though, so Samsung only sold it to businesses last year. It did say that a consumer version of The Wall will be launched in 2019. It has shown off a much more reasonable 75-inch The Wall TV ahead of CES 2019 in Las Vegas.

75″ The Wall display is more consumer-friendly

Technical advancements have enabled Samsung to create this modular 4K MicroLED display in a smaller and more consumer-friendly 75-inch size. The TV basically has individual modules of self-emissive MicroLEDs so users can even create irregular 9×3, 1×7 or 5×1 screen sizes if they so desire.

These displays can also optimize the content regardless of the size and shape of the screen. They can scale to increase resolution while keeping the pixel density constant. So they don’t break a sweat while supporting standard 16:9 to 21:9 aspect ratios and unconventional aspect ratios like 32:9 and 1:1 without any compromise in picture quality.

Since there are no bezels between the modules, The Wall displays are completely bezel-free. This provides for an impressive, infinity pool effect which enables the display to blend into any living environment.

Samsung has even shown off a 219-inch form factor today which would obviously be better suited for businesses. The company hasn’t said when the consumer version will go on sale and how much it will cost. You can bet it will cost a pretty penny. 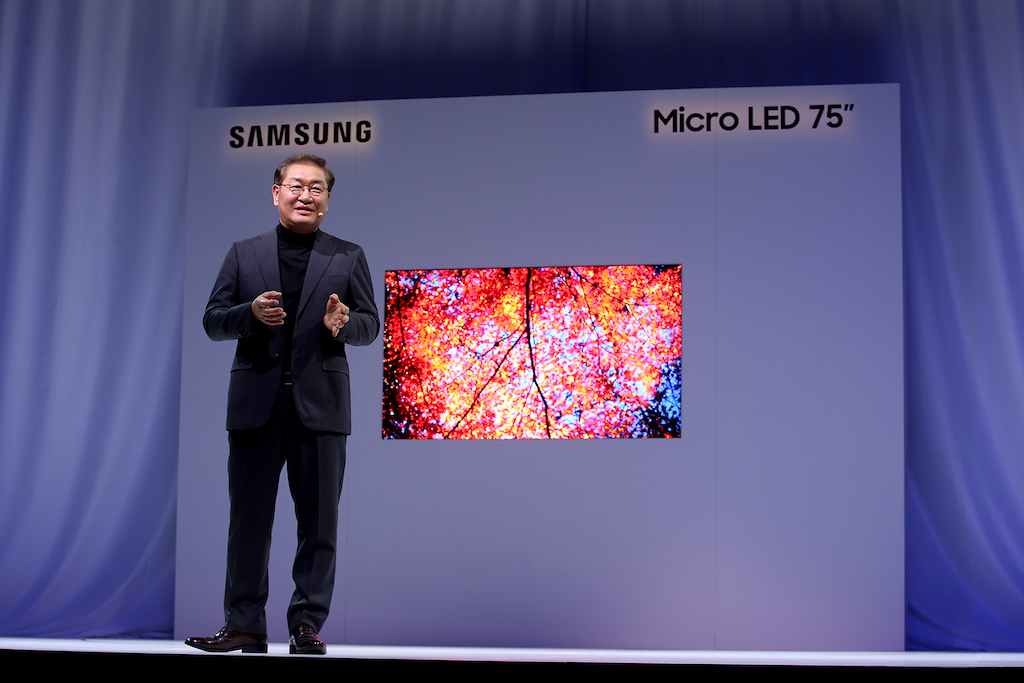 Samsung has officially unveiled three new 2022 models of its state-of-the-art display technology, The Wall, at Integrated Systems Europe (ISE) 2022, held in Barcelona, Spain. This new technology is coined to be the future of Micro LED technology. Notably, the model IWB is designed to provide a beautiful and high-resolution immersive viewing experience. It will be available in 0.63 […]

Diversification has always been the name of the game for Samsung. And the company now seems to be eyeing the prospects of branching into film. Namely, it just signed a partnership with Korean publisher and entertainment giant CJ ENM, agreeing to support the construction of a high-tech virtual video studio. This isn’t just a distant […]

Samsung has launched the 2021 version of its The Wall microLED TV. It is not only thinner but also capable of displaying more accurate colors. Moreover, the company has also managed to implement a higher refresh rate for smoother motion handling. Samsung also says that the new modular The Wall TV is easier to install. […]

Ever wondered what it would feel like to race against some of the best racing drivers in the world? I have, but once the realization kicks in that it’s probably easier said than done, a simulator seems to be the best way to end that curiosity. So if you find yourself in London by any […]