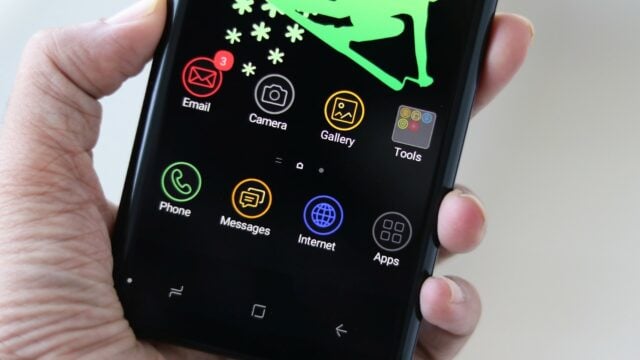 We reported last month that Samsung would implement a time limit for free Galaxy themes with Android Pie. A notice was sent out through the Samsung Themes store to inform users that they would only be able to use free themes for fourteen days after they’re applied.

However, it appears that Samsung has backtracked on implementing a time limit on free themes. There no mention of the fourteen day trial in the app anymore when applying a free theme on a device with the Android Pie beta.

Samsung didn’t offer a clear explanation for this policy change. The notice only said that starting with Android Pie, free themes will be usable for fourteen days. The device will revert to Samsung’s default theme automatically once the time was up.

What the notice did say was that the policy has been changed to “help our designers continue to create high quality products and also to provide stable and satisfactory services for you.” It felt like Samsung wanted to enable theme developers to make more money by limiting the use of free themes.

Users were to receive a pop-up notification the day before and also ten minutes before the usage period for their applied theme was to run out. The notification would also include suggestions for other themes.

Samsung seems to have changed the free Galaxy themes once again. There’s no mention of the fourteen day trial anymore in the Samsung Themes app. The button that reminded users of the trial when applying a free theme is no longer there.

Perhaps Samsung has realized that there may not be a lot of users willing to pay for themes in the first place. So instead of limiting their options, it may have backtracked. However, it’s possible that the policy could be implemented once again after Android Pie is released to the public. It’s in beta now, after all. 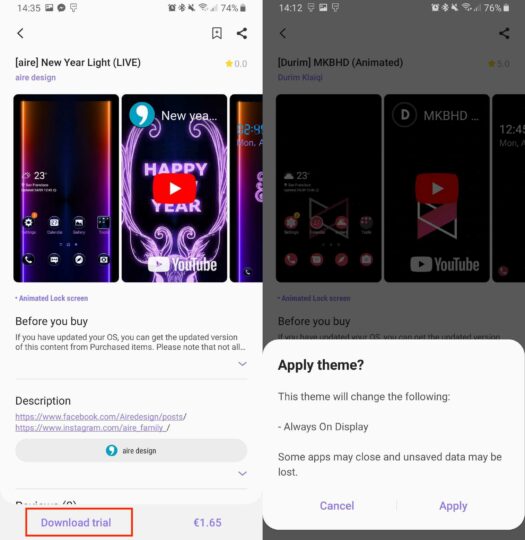 Do you think that’s what has happened here? Do you prefer this policy over the time limit? Let us know in the comments below.