Samsung’s Android Pie/One UI beta for the Galaxy S9 and Galaxy Note 9 still doesn’t officially allow using themes and icon packs from the Samsung Themes store. We wrote about a hack to get around that limitation earlier this month, and now, a newer version of the Samsung Themes app that’s optimized for One UI is available for download. With the new app, you can use themes, icon packs, and wallpapers from the store without needing a workaround.

Usable themes limited at the moment

The new Samsung Themes app also has a One UI design, but the number of usable themes is still limited at the moment. In fact, the top themes section even fails to show anything at the moment, probably because themes need to be updated to work with the new version of Android. That limitation doesn’t apply to Always On Display themes, icon packs, and wallpapers, though. And, as expected, you cannot combine third-party themes with Android Pie’s Night mode. 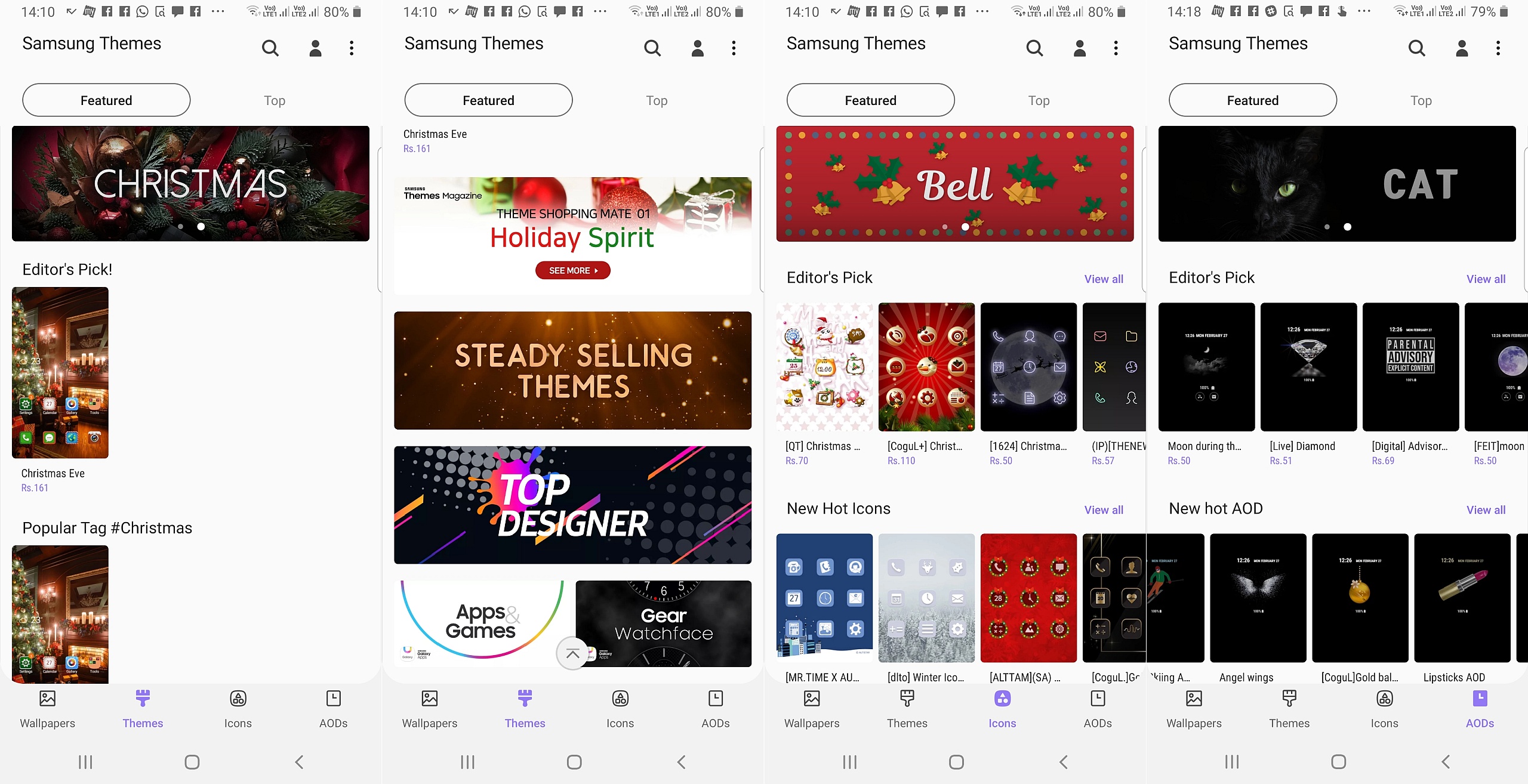 Of course, Night mode is probably going to make quite a few people turn away from themes anyway, especially now that Samsung isn’t letting free themes be used for more than 14 days.  One UI will bring higher customization possibilities, but whether that’s enough to keep people interested in the Samsung Themes store remains to be seen.

You can download the new Samsung Themes app from our database at this link. And don’t forget to check out our One UI (Android Pie) feature focus series to see what the latest version of Android brings to Samsung devices. Also see if your Galaxy device is eligible for the Android Pie update.